It is easy to create an automation rule or a trigger. First, decide what script to implement with the automation rules. Select the desired ones and then configure them.

Read more information in the articles:

Triggers track customer actions or CRM events and move the item to the stage with the trigger. Automation rules, on the other hand, do not track any actions. They perform actions and work when the item gets to their stage.

To go to the automation slider, click on the Automation rules button in the CRM section.

To add an automation rule or a trigger, click on the Create button or on the + sign under the stage. 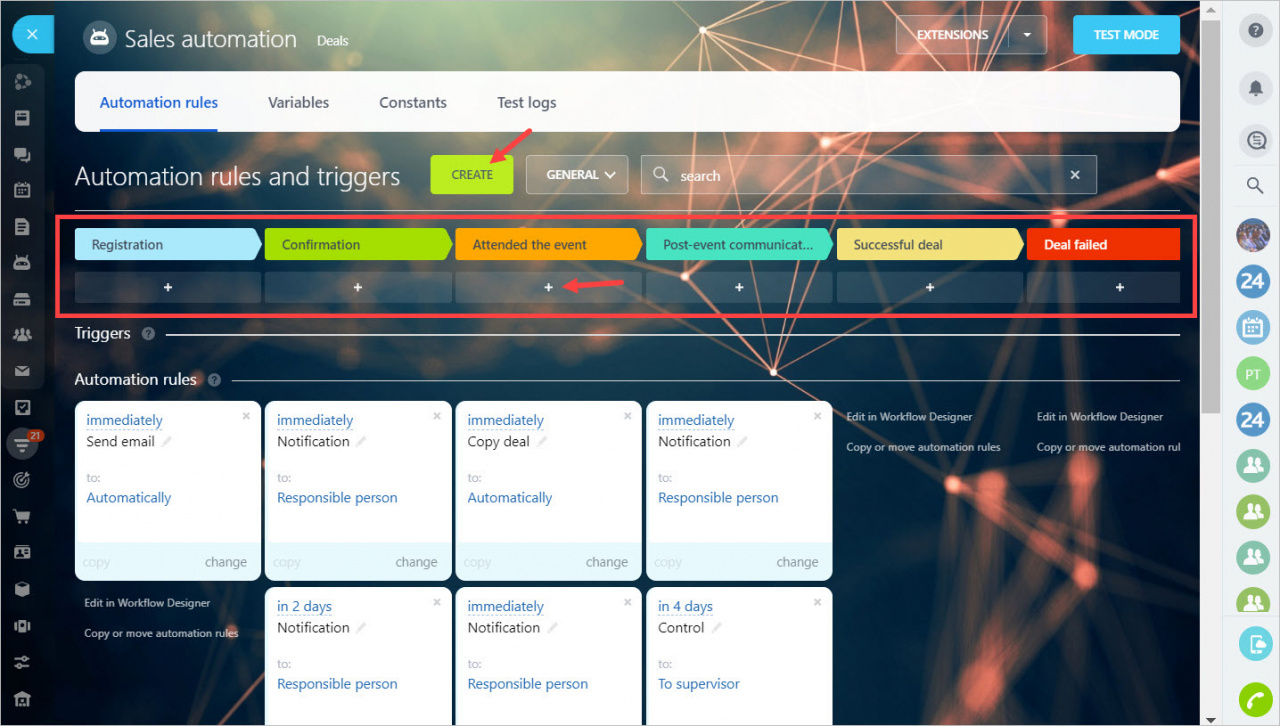 Automation rules and triggers are now in the same list. To make it easier for you to distinguish a trigger from an automation rule, we have added a Trigger marker after the action name. You can also use a filter to find them. 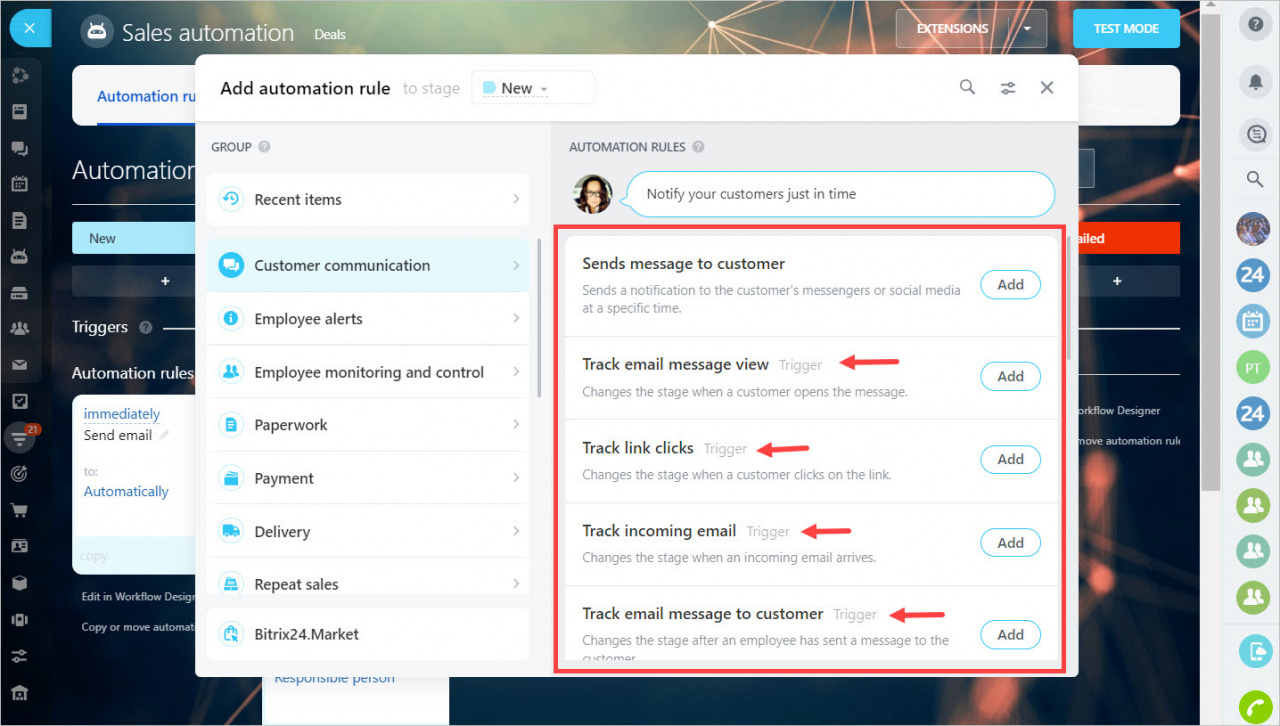 Do not forget to select the stage for which you are setting up the automation. 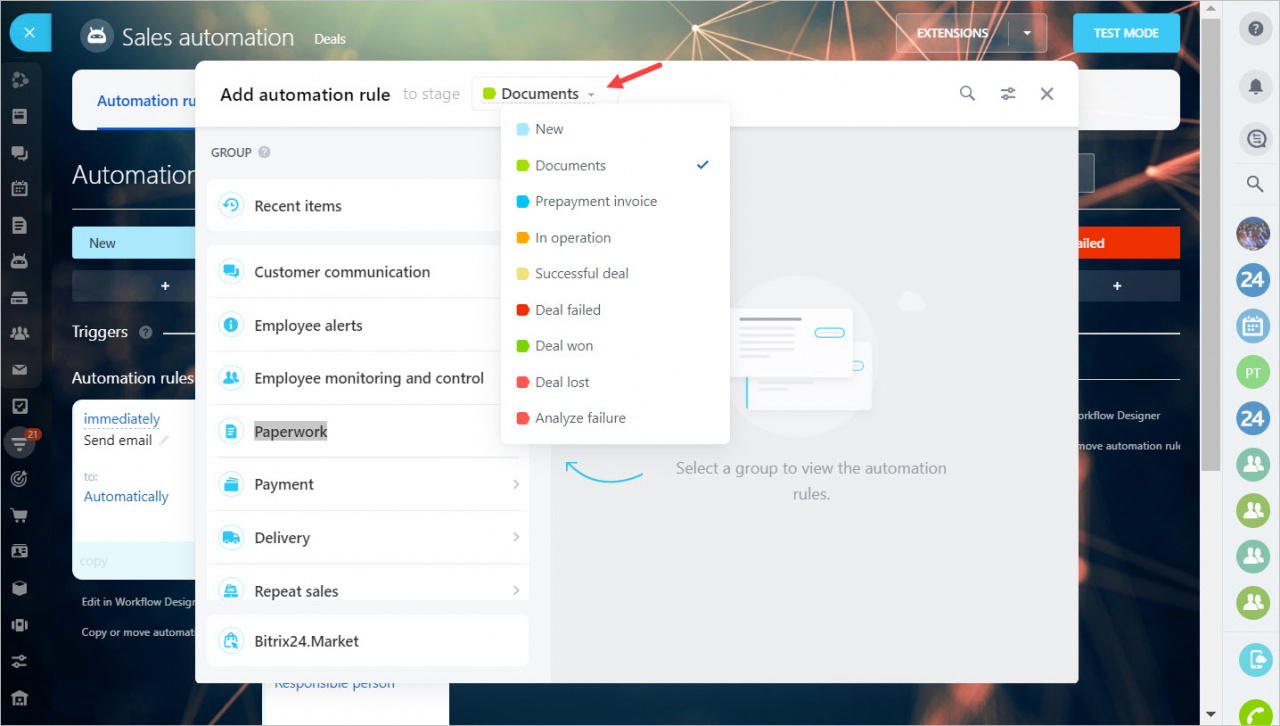 Automation rules and triggers are divided into groups. The groups are formed according to the basic business cases. 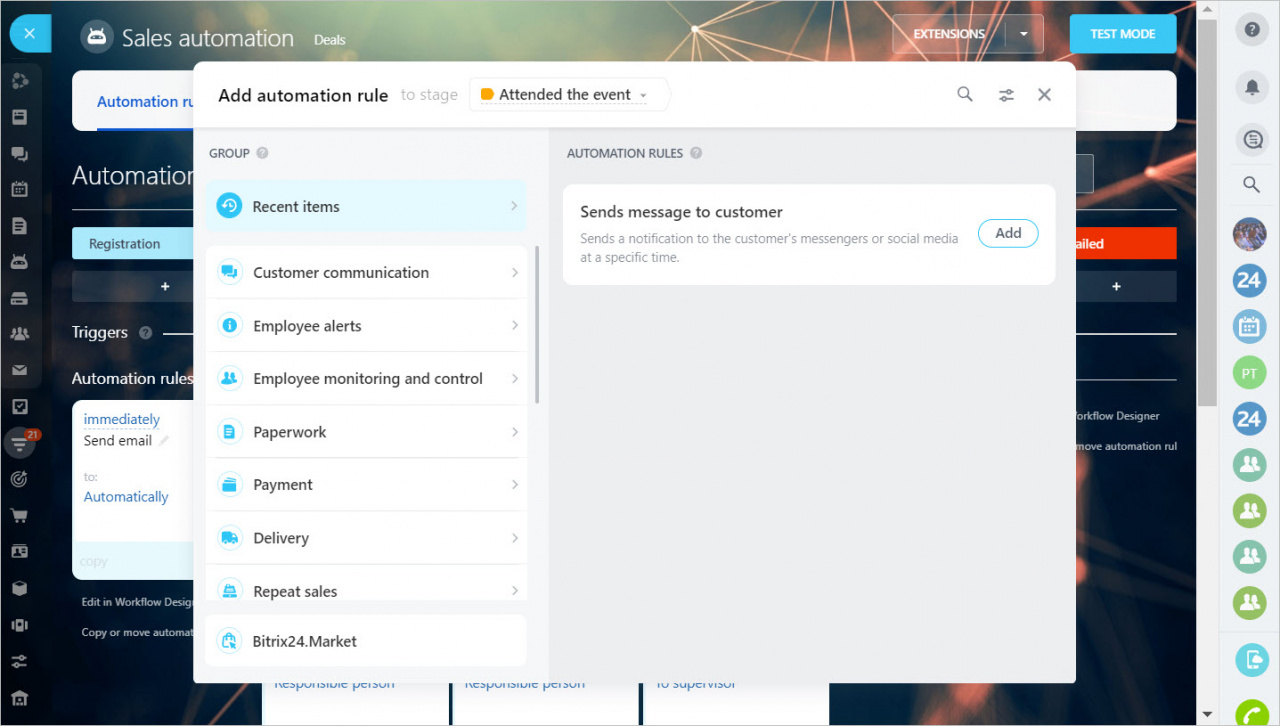 Select an automation rule or a trigger and click Add. 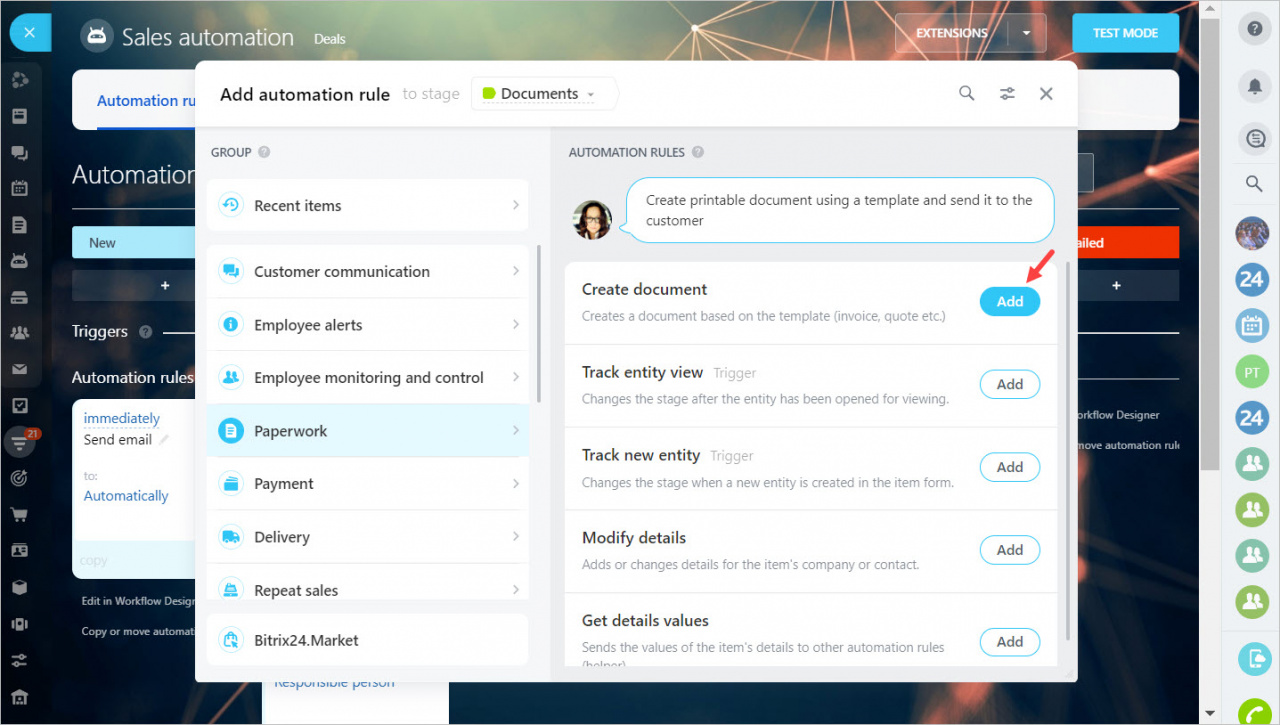 Next you will see a system notification that an automation rule or a trigger has been added, but the window will not close. We recommend adding robots to all stages first, before configuring them. 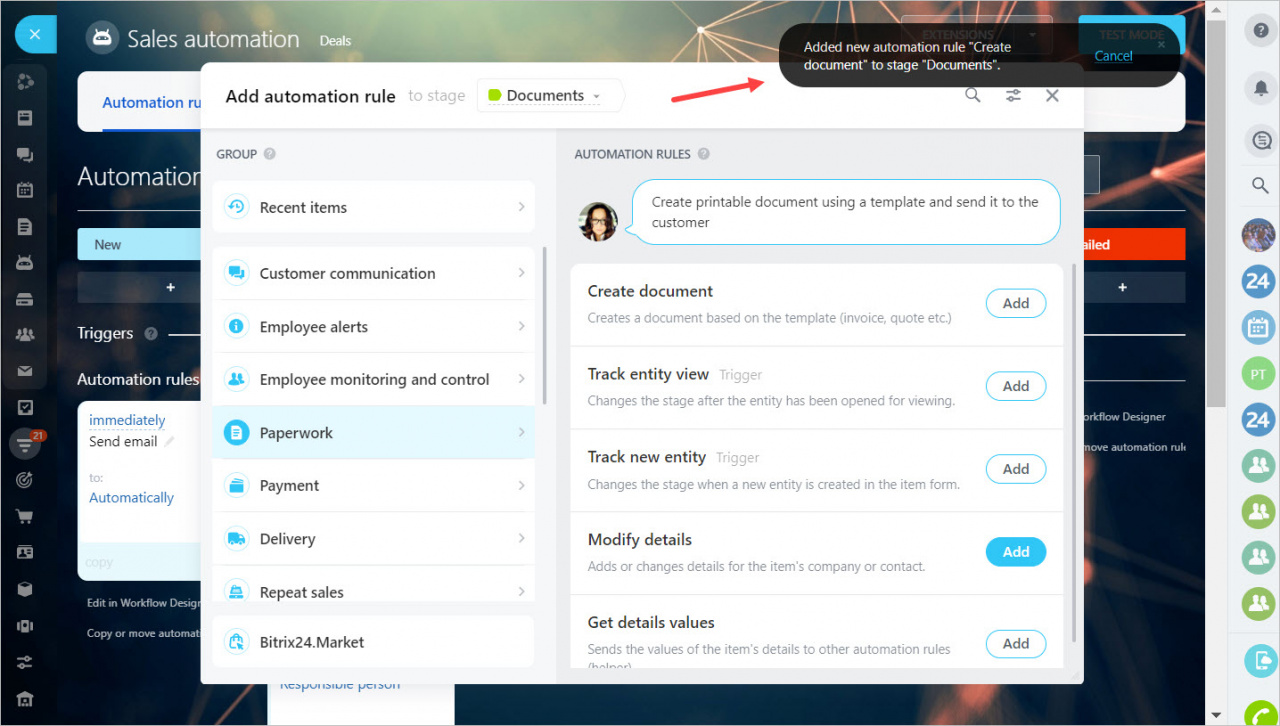 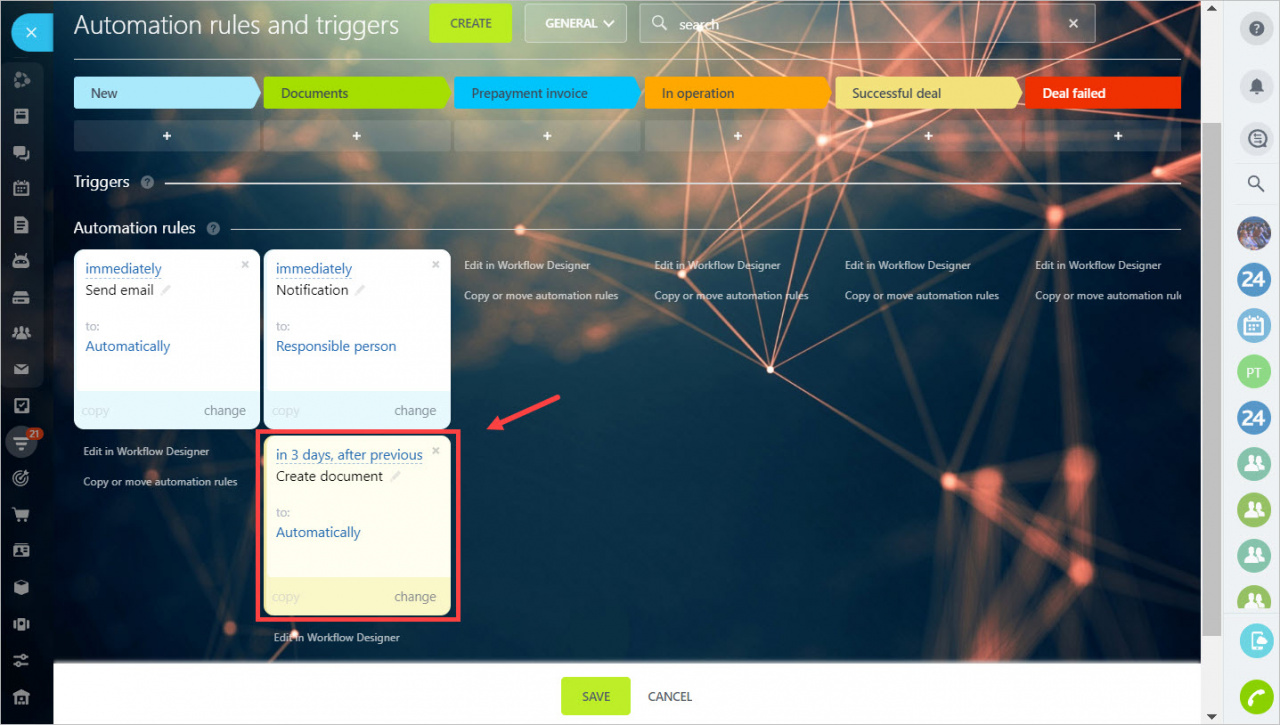 You can check if the automation rule worked or not. To do this, open the Automation tab in the item form. 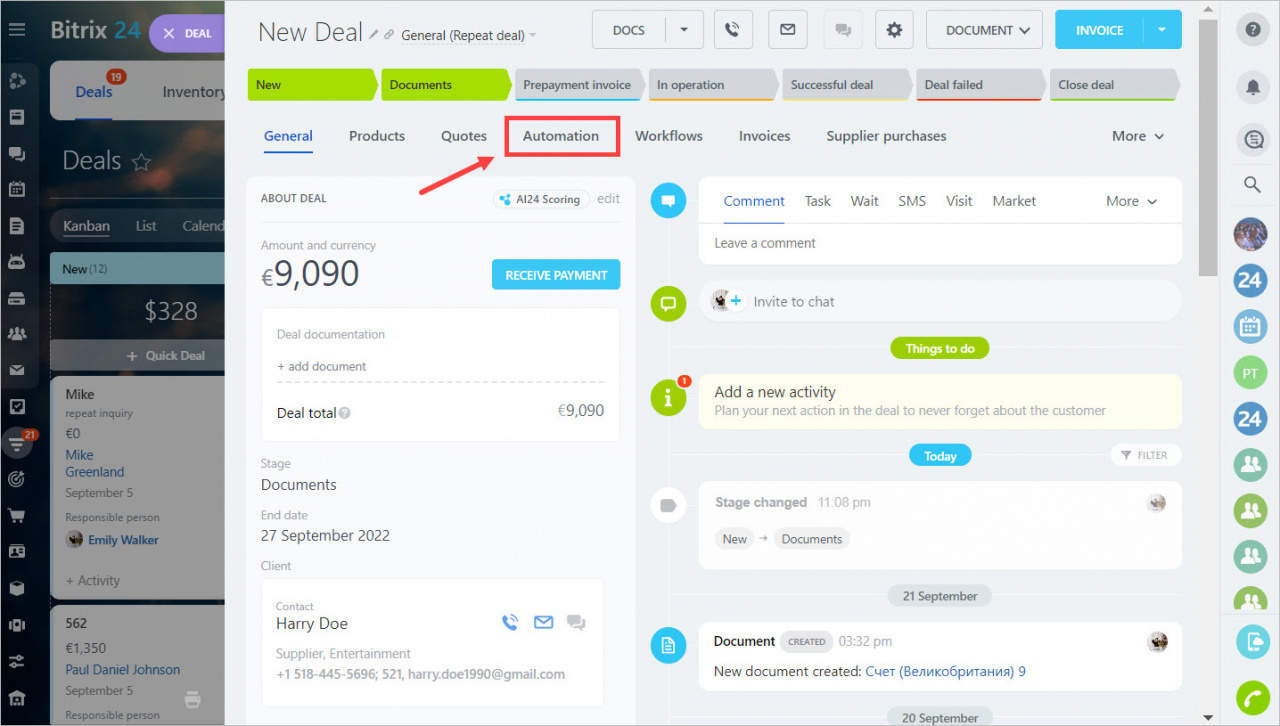 In the slider, the status of automation rules and triggers is displayed by the background color and the icon. There are the following possible options:

Read more information in the article: Conditions in automation rules. 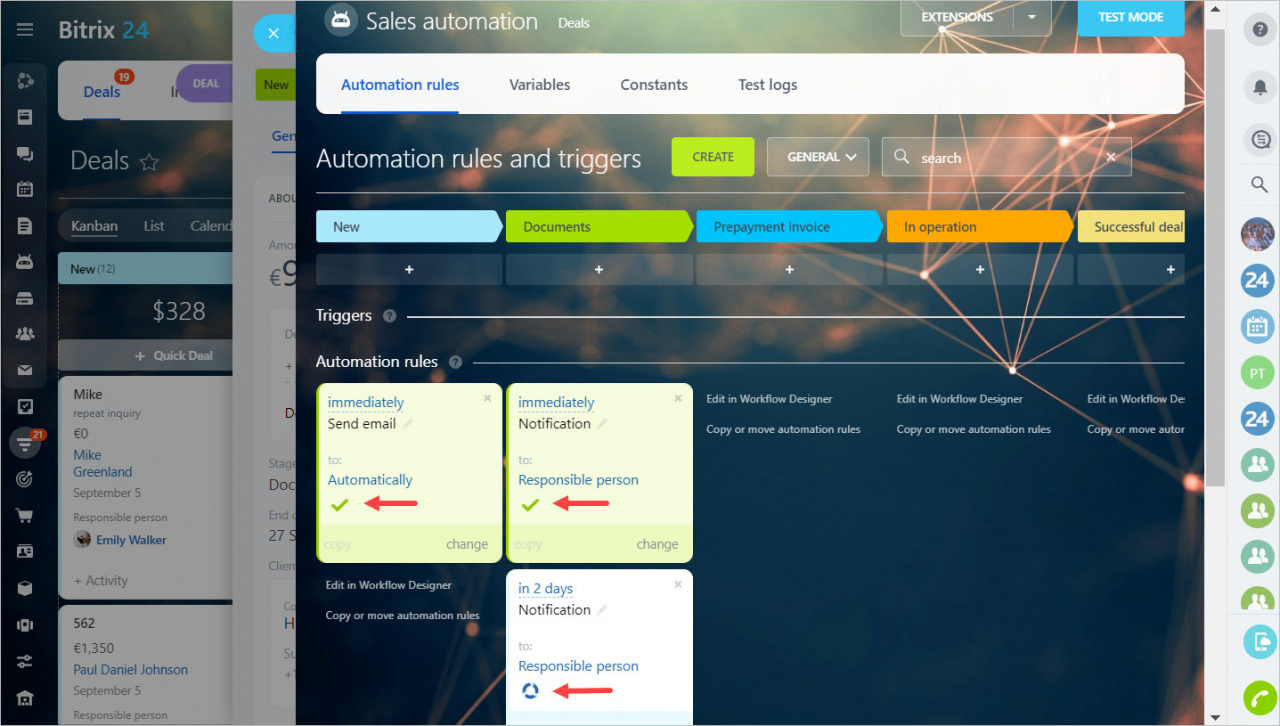 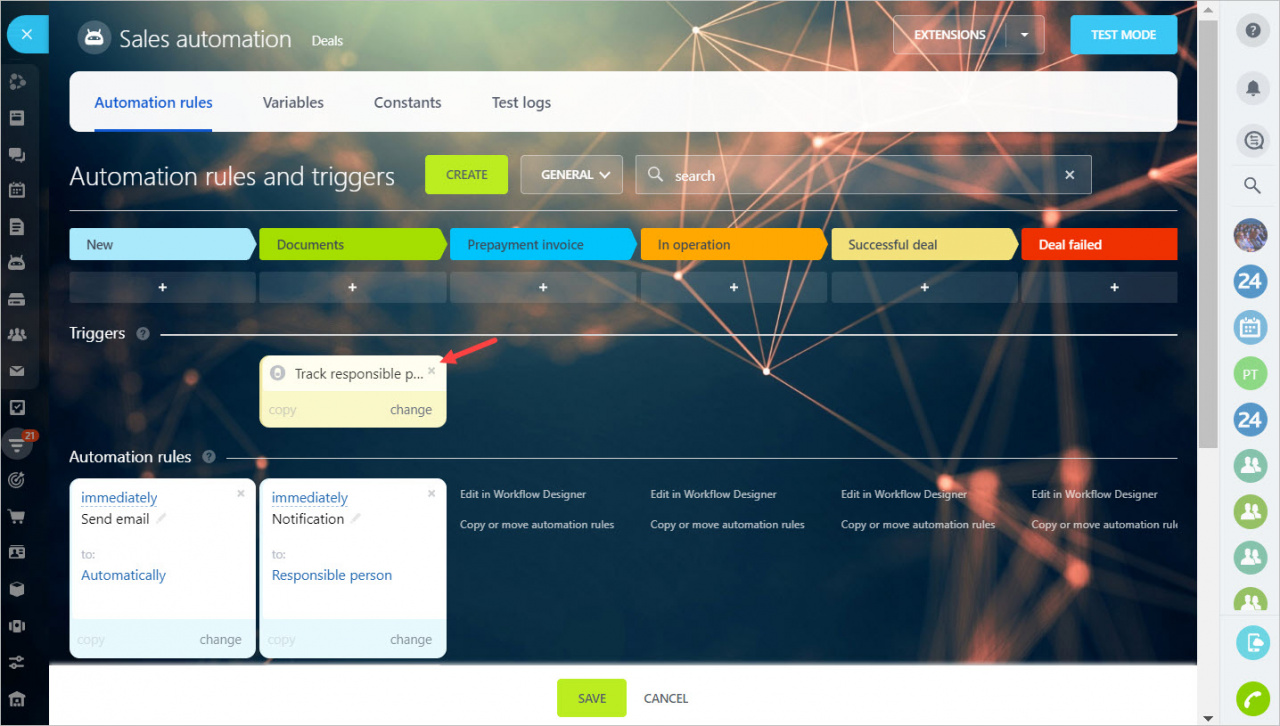 You can also copy and move triggers to other stages. Click the copy button or drag the triiger to the desired location with your mouse. 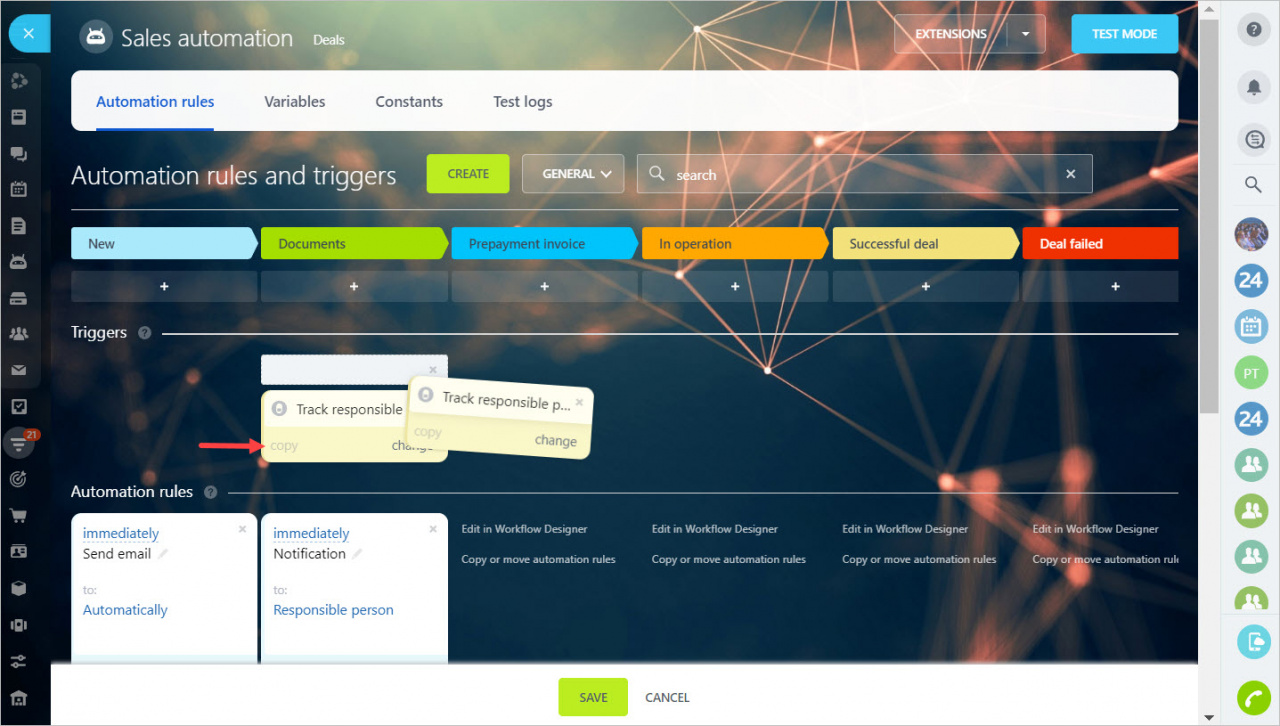 Read more information in the article: Access Permissions in CRM.