Tasks dependencies are the relationships among tasks which determine the order in which activities need to be performed, in other words which tasks are primary and which ones are dependent.


How to start planning task dependencies


How to set task dependencies 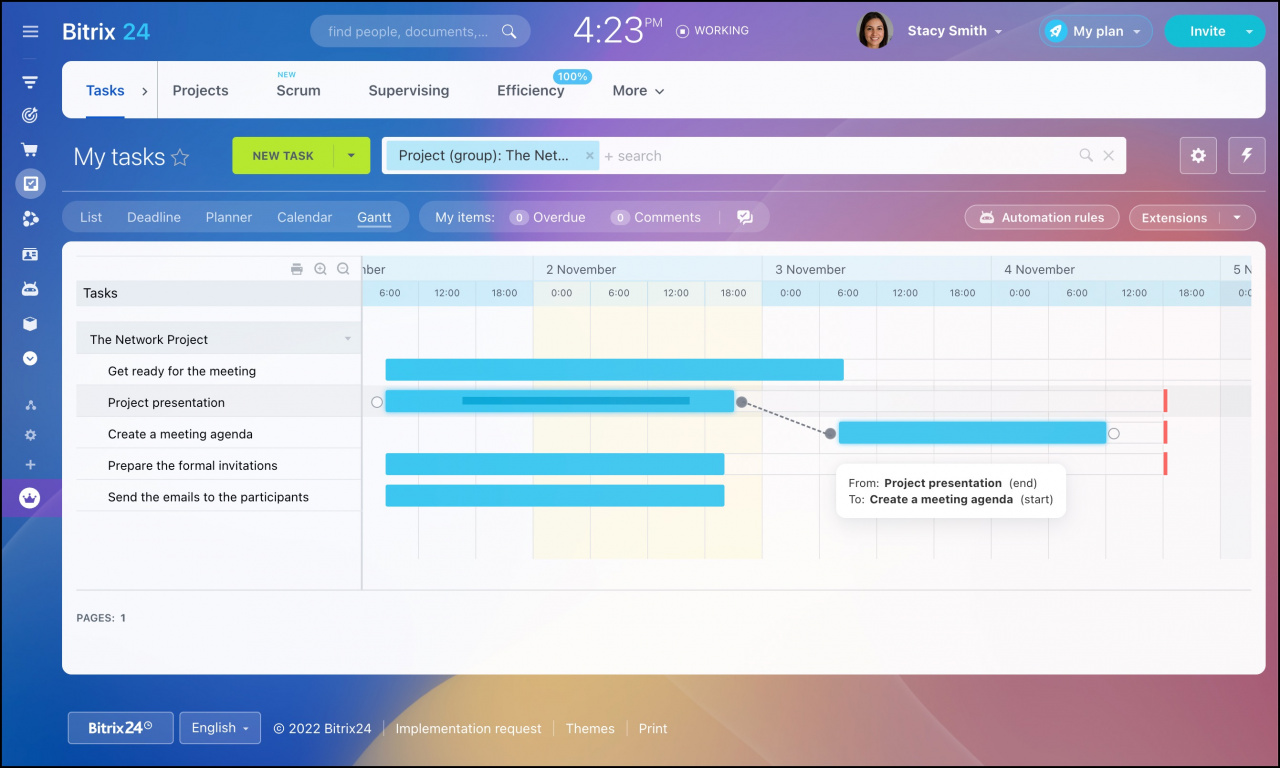 How to delete task dependencies

In order to delete the existing dependency - put the cursor on the dependency connection and click Delete: 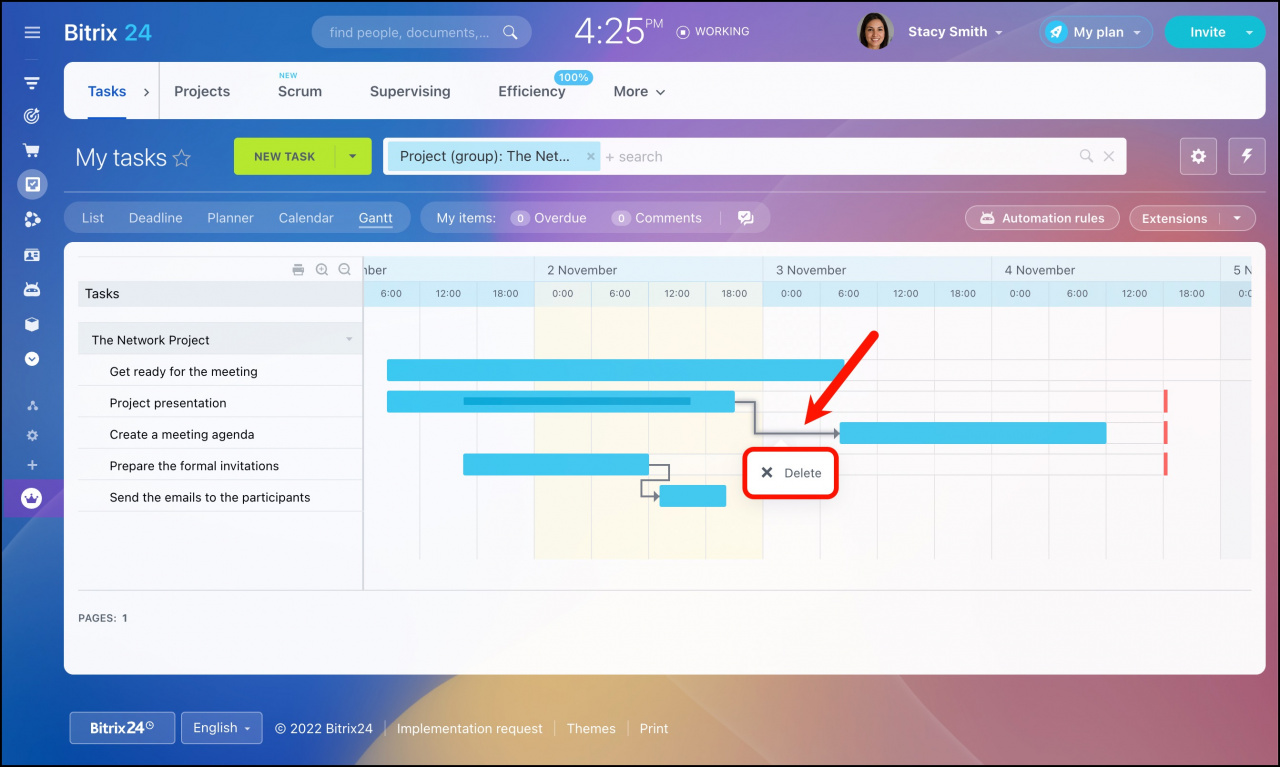