During the test mode, automation rules can change colors and entries appear in the log. Let's consider what they mean.

The colors in the test window indicate automation rules statuses: 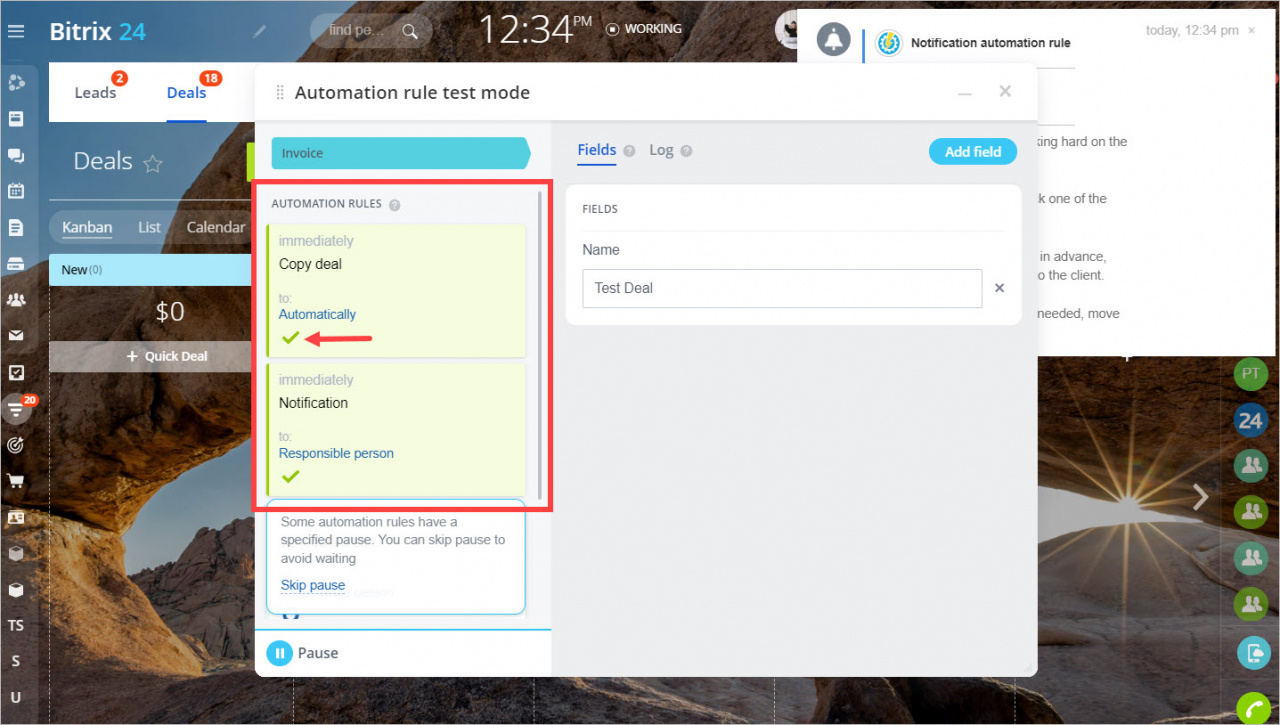 If the automation rule failed to work due to an error, hover your mouse over the notification and you will see the information about the reason. For example, the automation rule will not be able to send email to the client, because it was not specified. 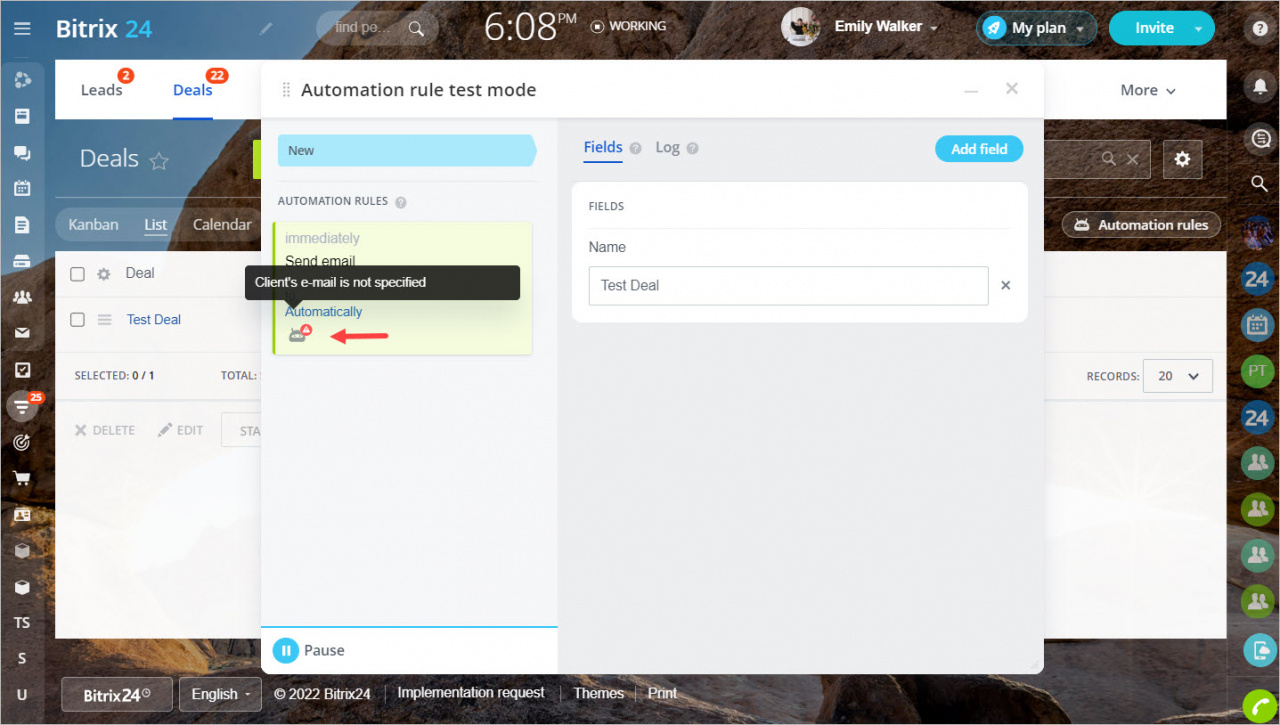 Each action is logged and numbered. The log is displayed in the corresponding tab of the test window. 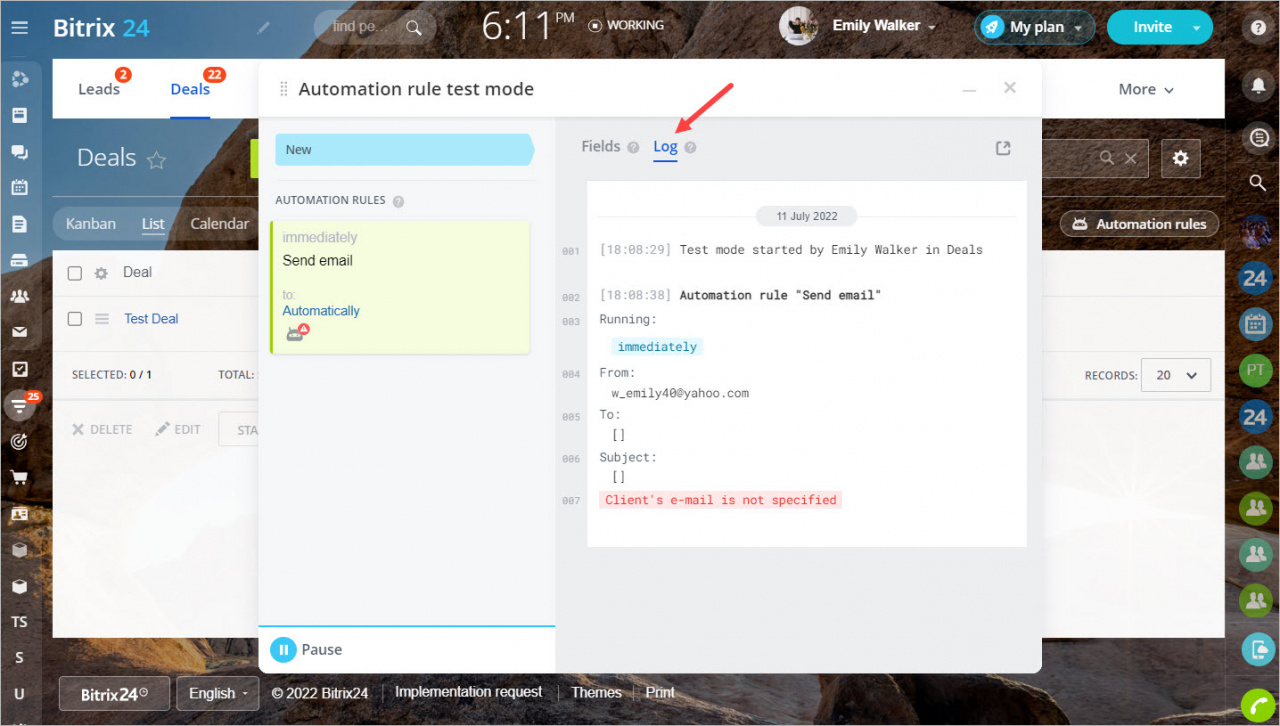 In the log, you will see the following information: 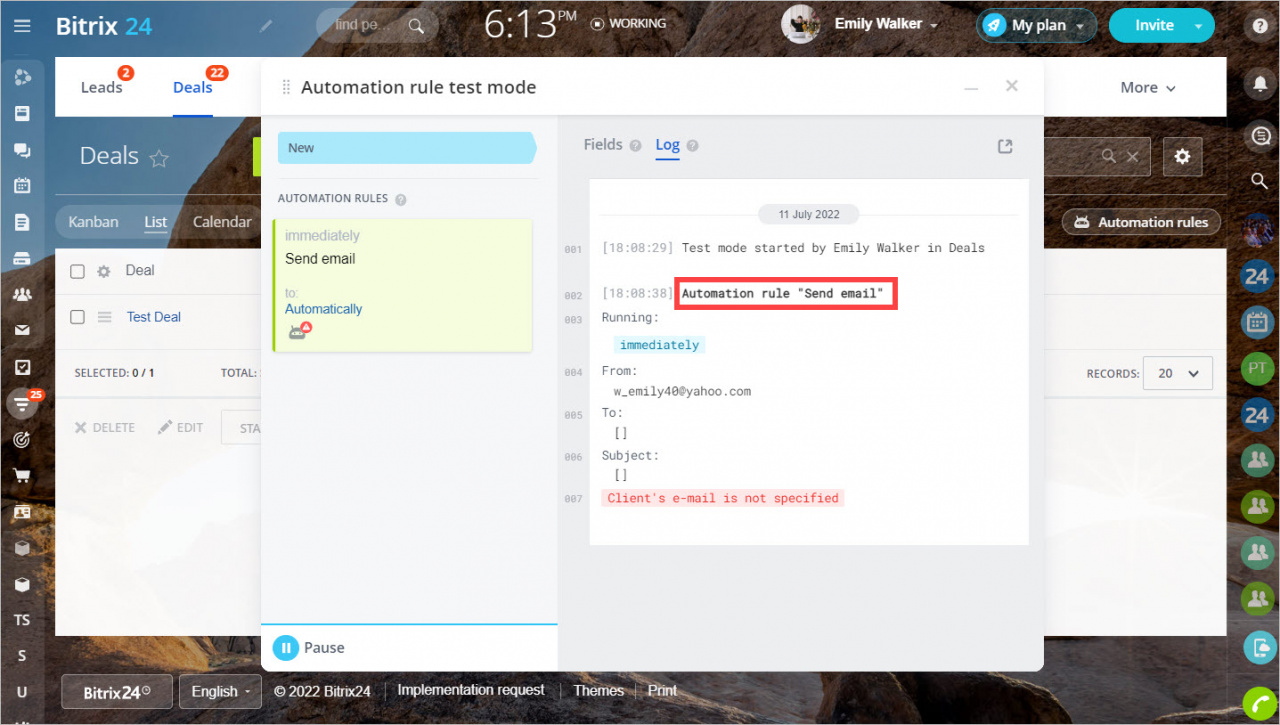 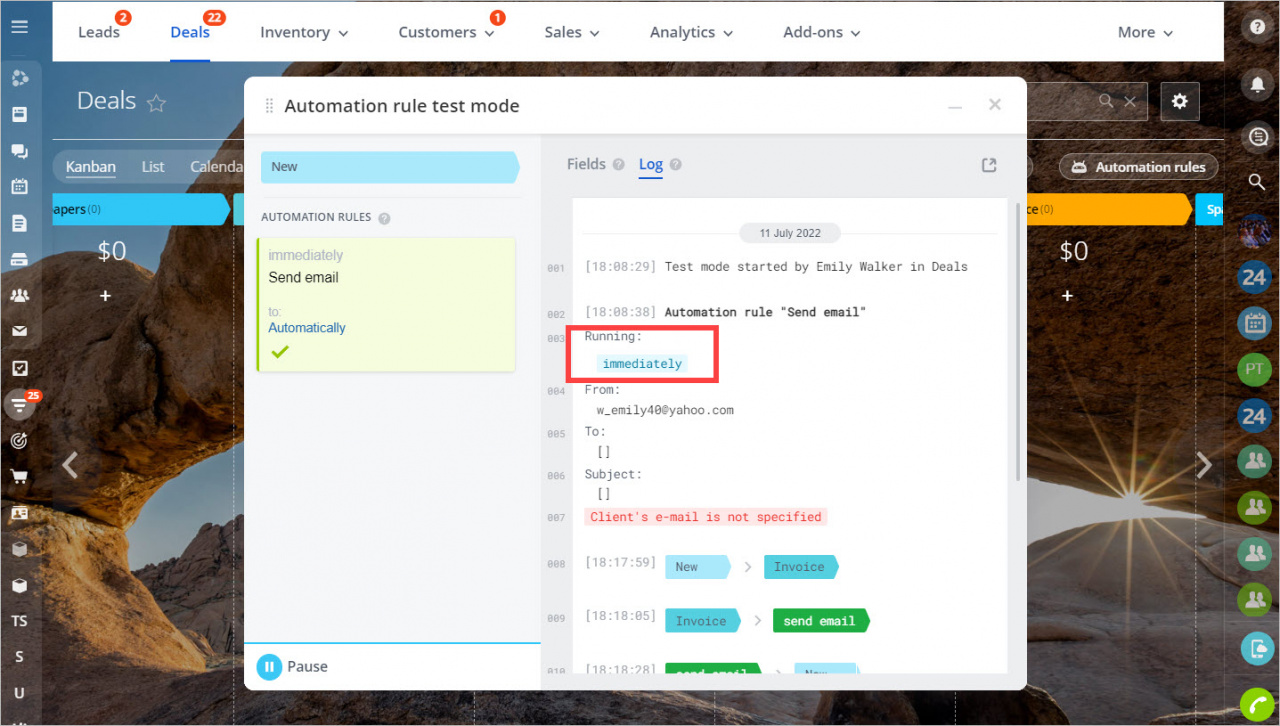 There is also a description of the action that the automation rule performed: setting a task, sending a notification, and so on.

If the automation rule failed to work due to an error, you will see its description in the log with a red background.

For example, the Send Email automation rule failed to work because the customer's email address was not specified in the deal form. 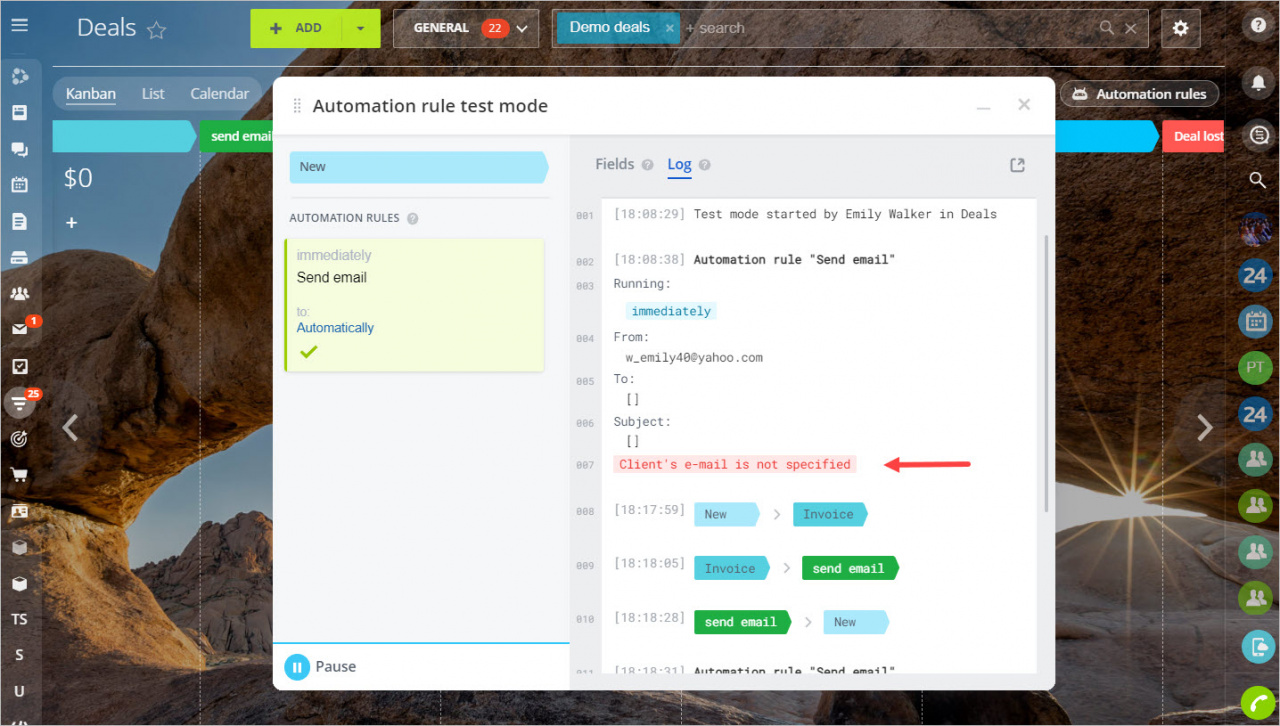