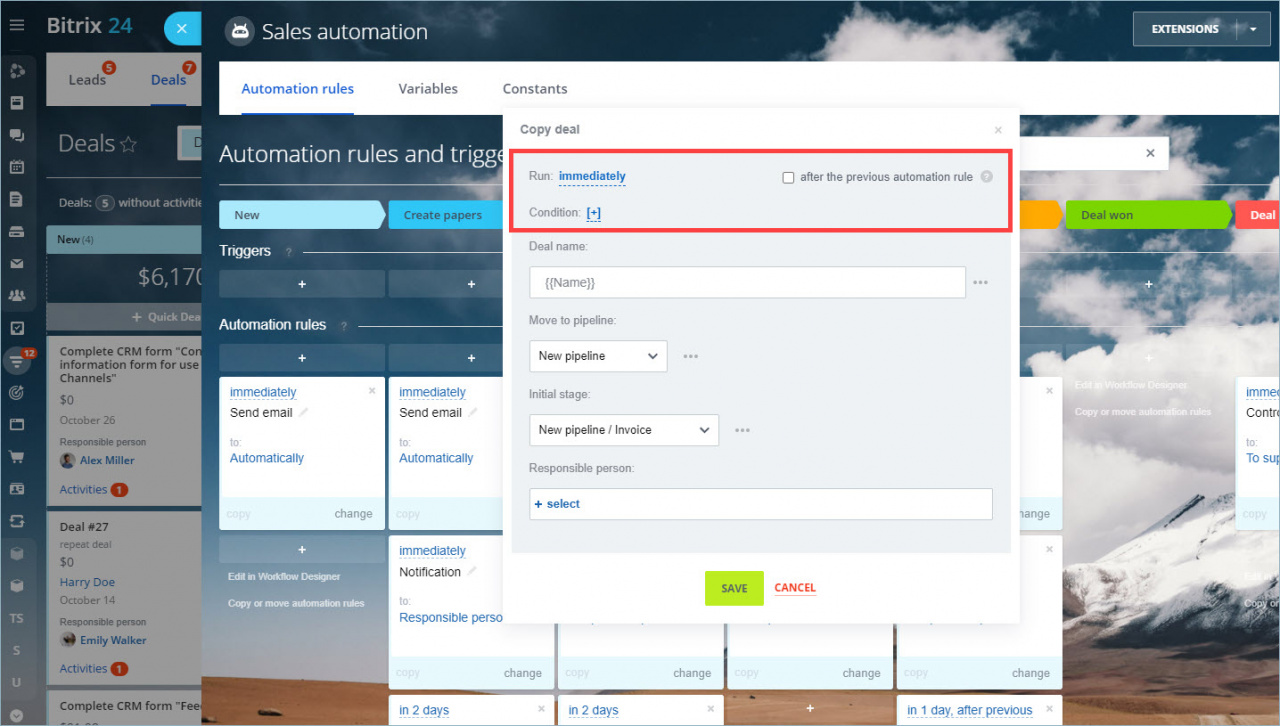 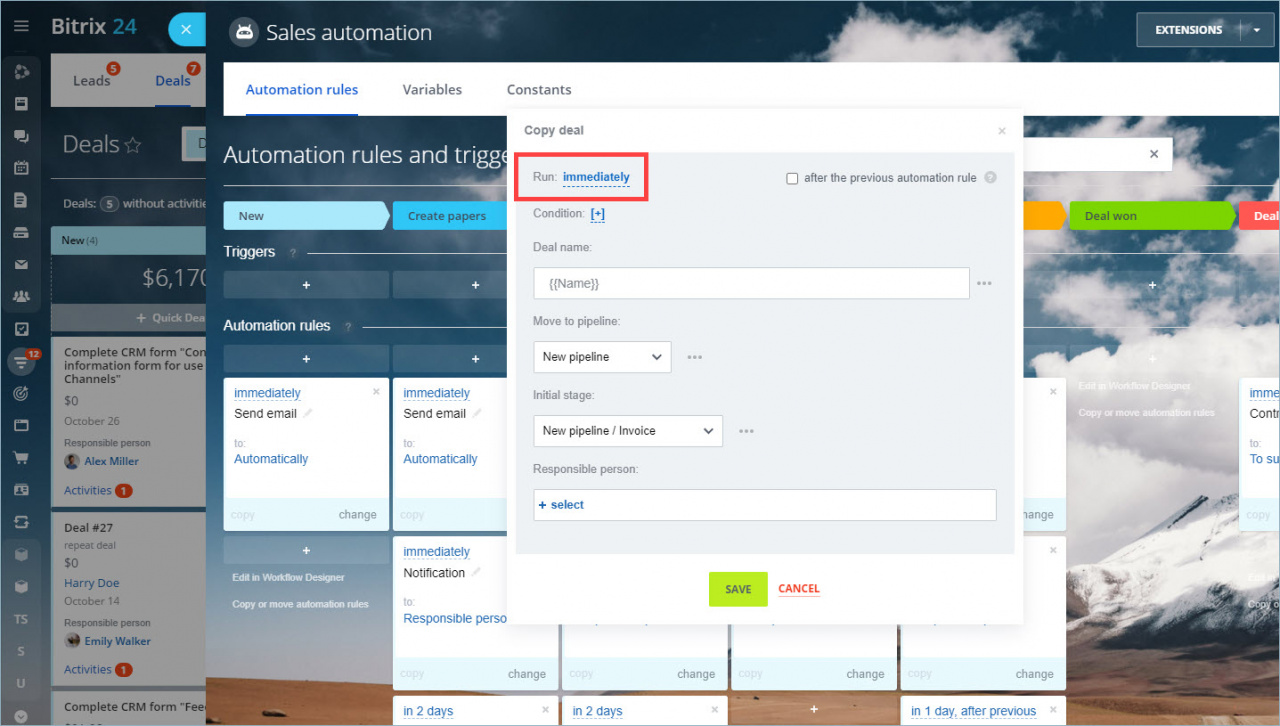 The automation rule has two stages:

The сurrent time cannot be changed, but the exact time can.

The default setting is Immediately, which means that the automation rule will be triggered when the element moves to the desired stage.

In, After and Exact time options allow you to use any fields of the Date and Date/Time types.

Conditions like Run in X minutes after Current time work as a pause. The minimum pause time is 10 minutes. 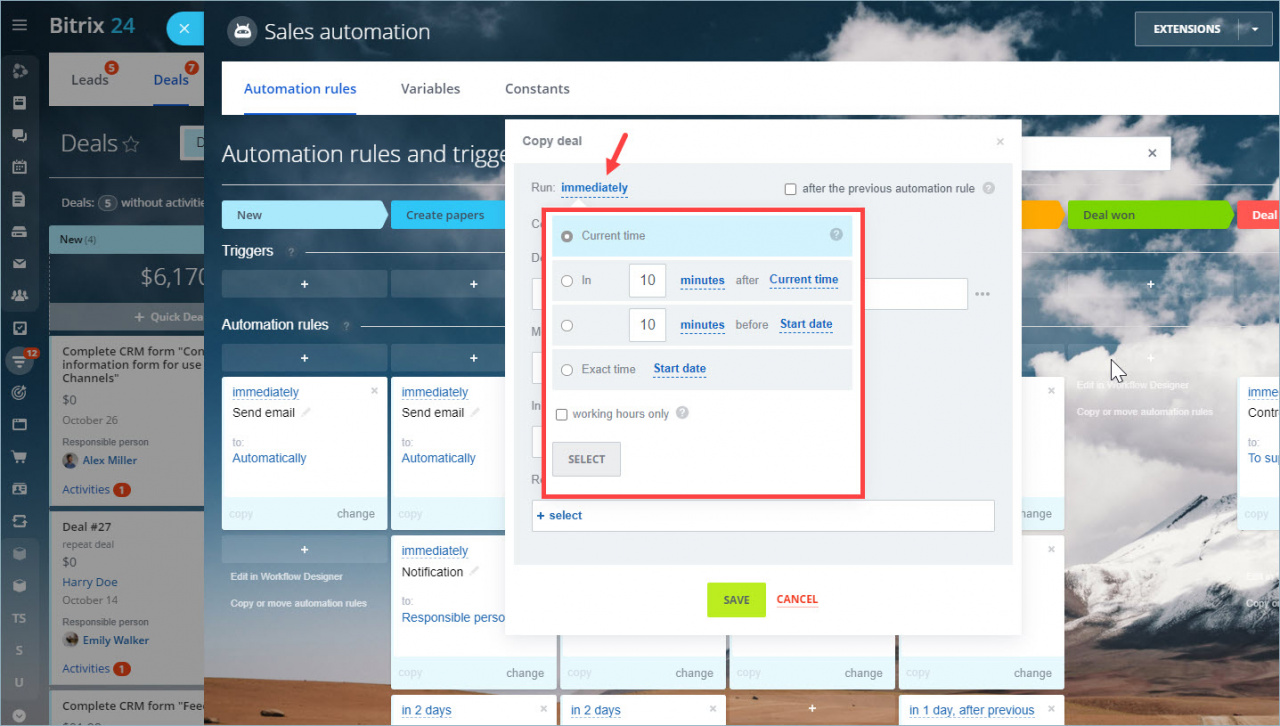 For example, you can create a field Customer Meeting Date in the deal form and remind yourself or the client about the event two hours in advance. 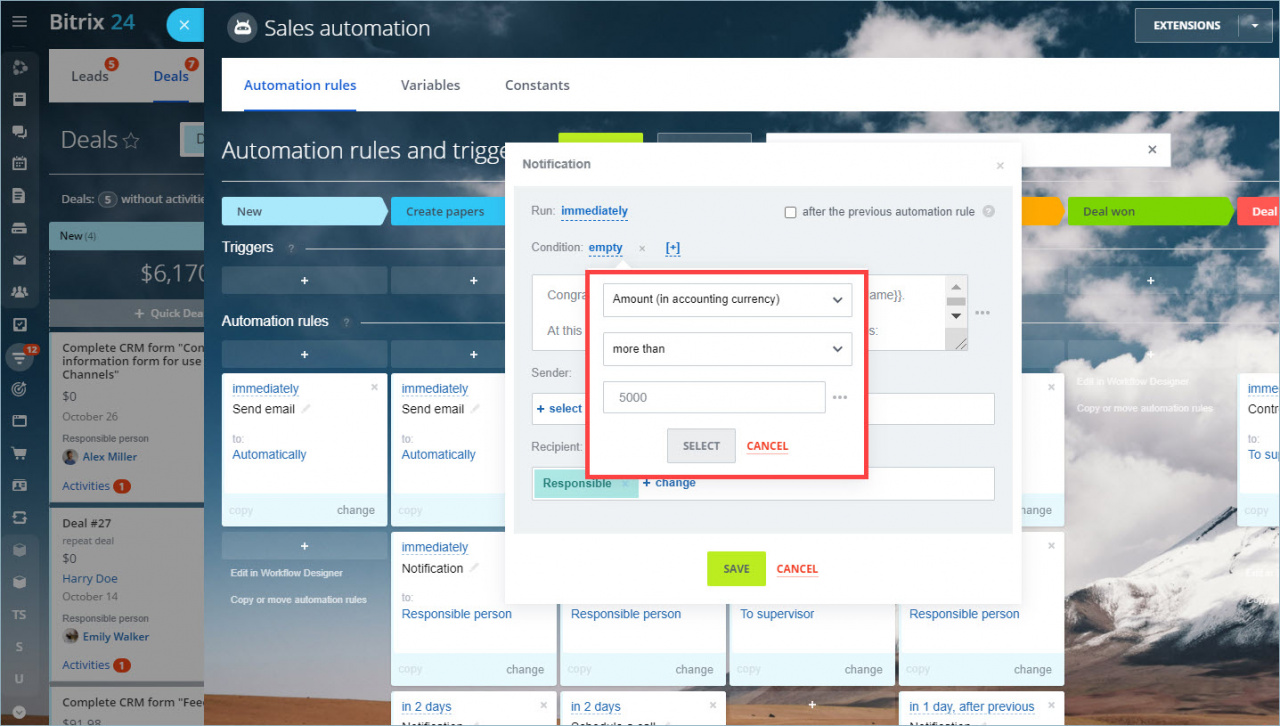 Compound condition contains one or more blocks separated by AND and OR. OR divides a single condition into blocks. AND divides the blocks into component parts.

For example, you have an employee who works with large b2b market customers and all b2g clients.
There are 3 parts In the first block separated by AND: the deal amount is not less than 5000, the currency is dollar and the company type is b2b. This is the first condition. If any of these three parts is not fulfilled, then the entire first condition is considered not fulfilled. In this case, the second condition is checked, in which the company type is b2g. If it is satisfied, the automation rule is started. 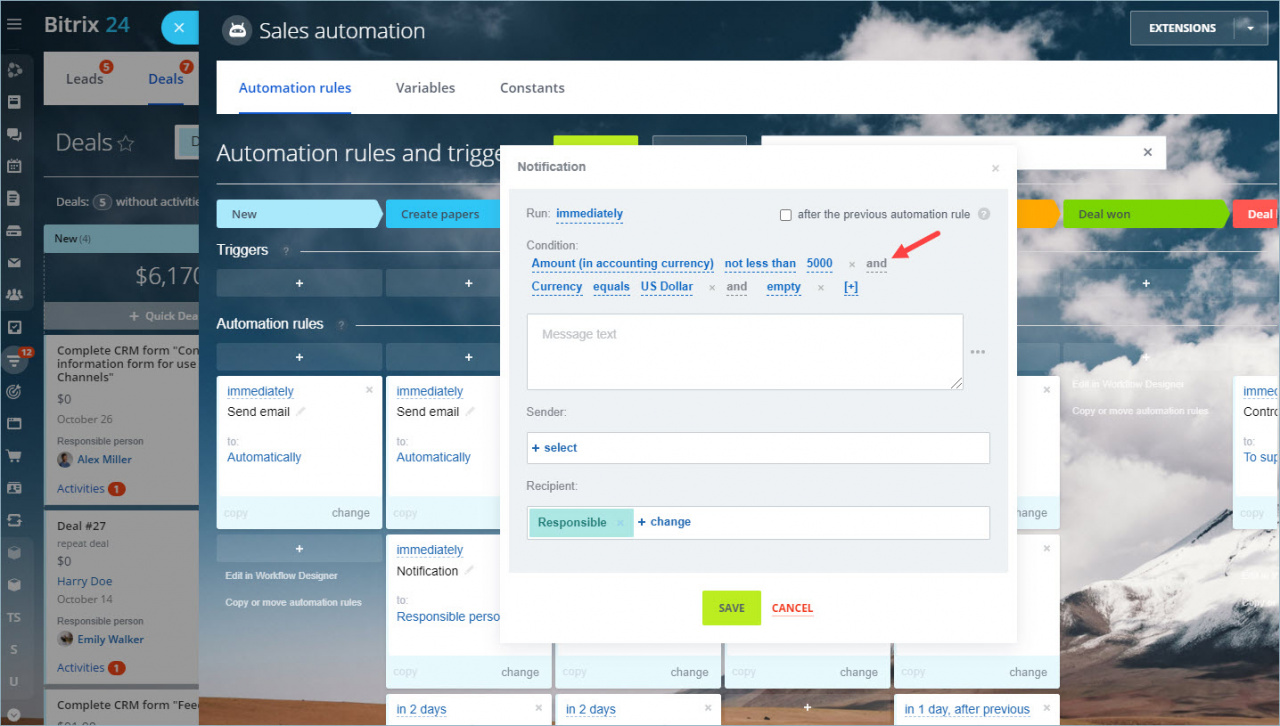 You can always move the automation rule both within and between stages. Drag it with the mouse to the desired location.