How to start test mode

The automation rule test mode allows you to check how triggers and automation rules work in a demo deal, whether conditions are fulfilled or not. It also shows errors and records all actions in the log.

Go to the CRM section and click the Automation rules button.

Currently, you can run the automation rule test mode only in deals.

Click the Test mode button in the upper right corner of the page.

Start the Test using demo deal. The automation rule test mode will create a demo deal in the first stage. In the entity form, you can add customer data: add products, bind a contact or a company, fill in any fields.

We will add the second test mode using a real life deal later. 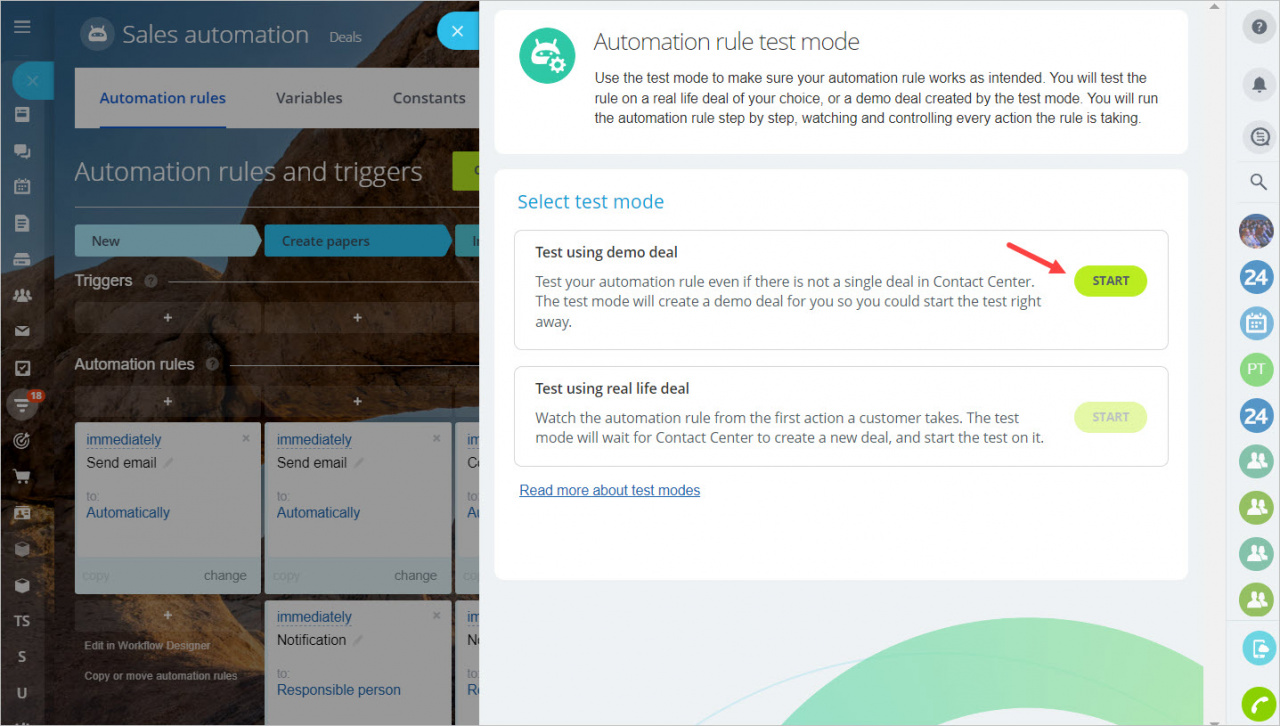 After that, the test mode window will be opened. On the left side, you will see the automation rules that are in the first stage. On the right side, there are two tabs: 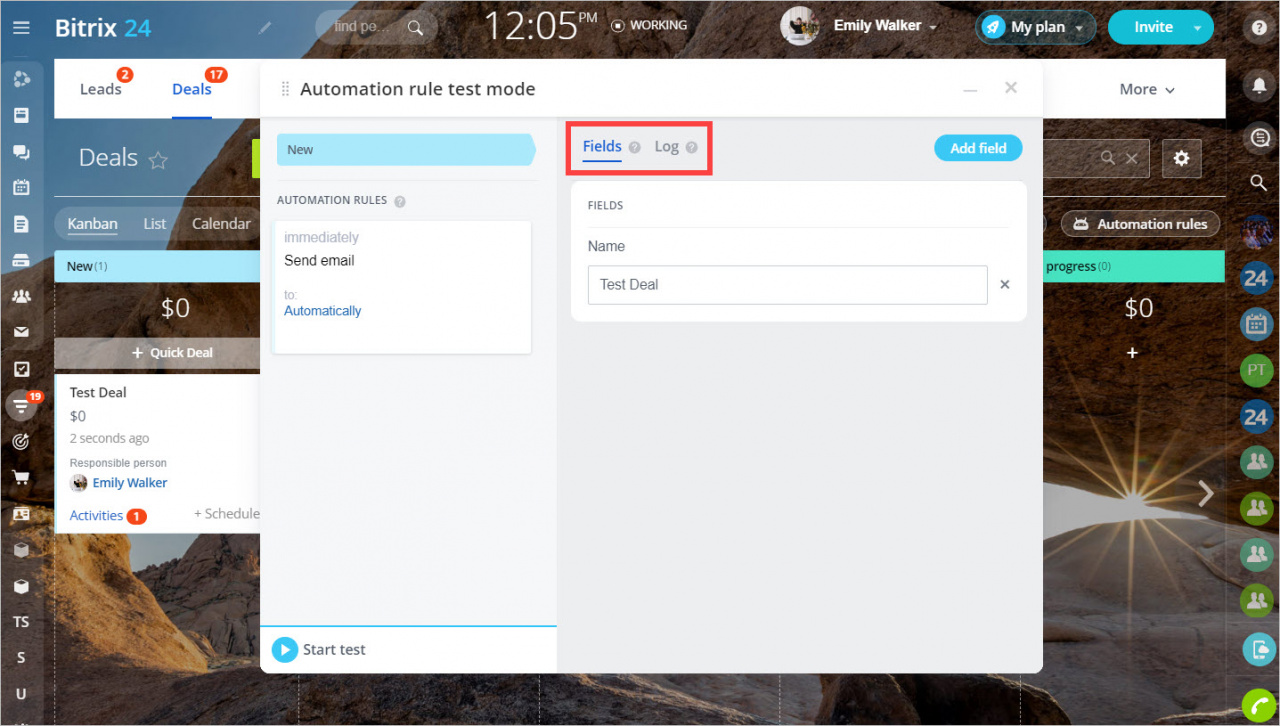 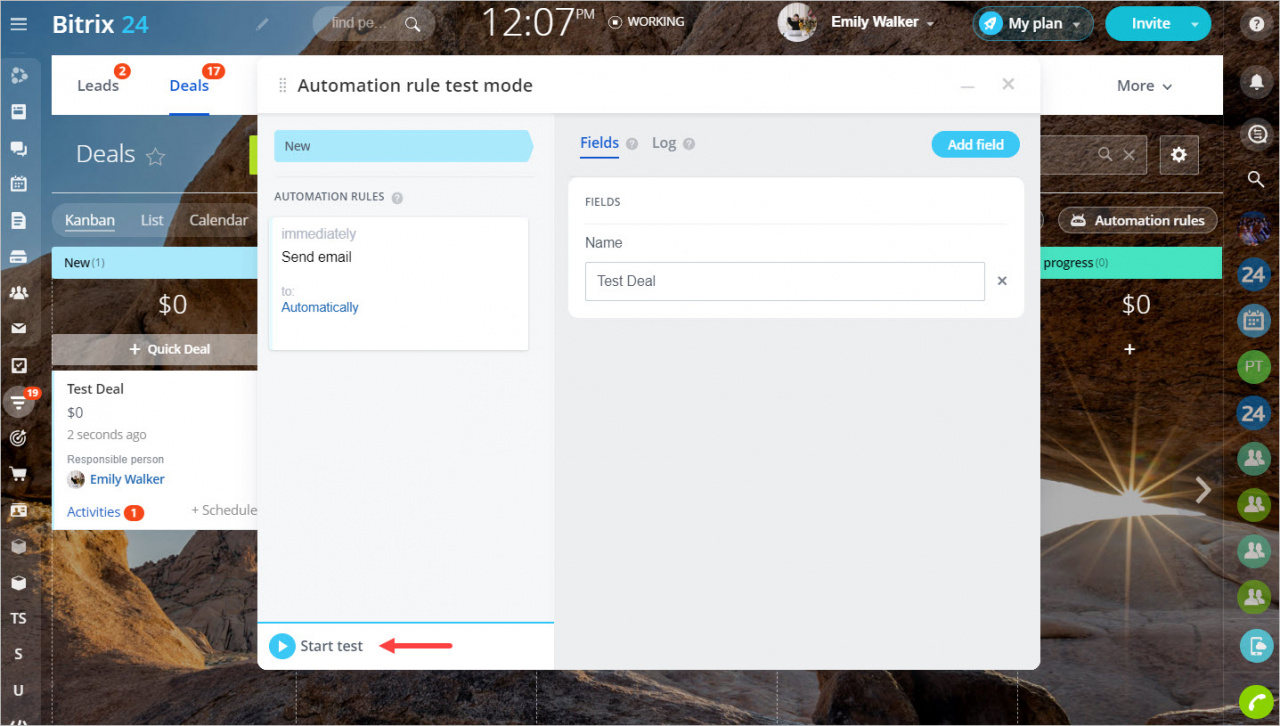 Run the test mode in other stages or deal pipelines

If you want to run the test mode on a different stage, then move the demo deal to the desired stage and start the test. 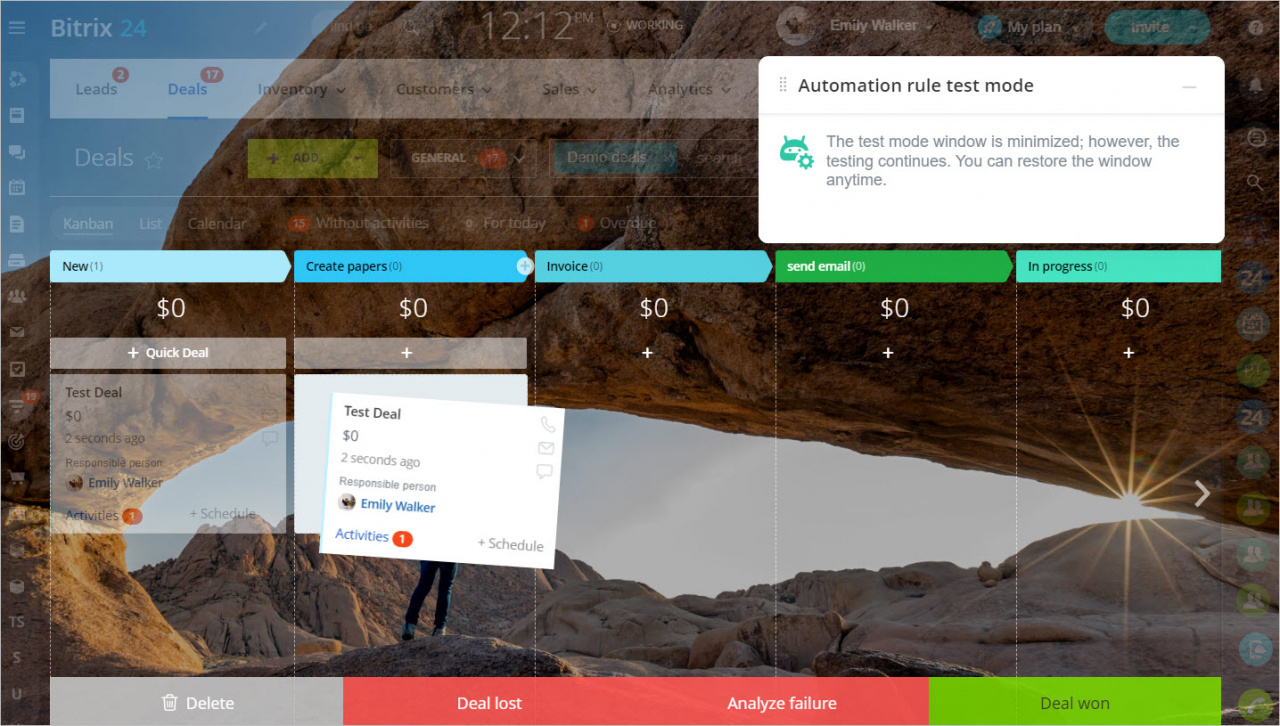 To test the triggers, move the deal to another stage and perform the action for the trigger.

In each automation rule, the pause must be skipped separately.

During the test, the automation rules will change the color and entries will appear in the log. 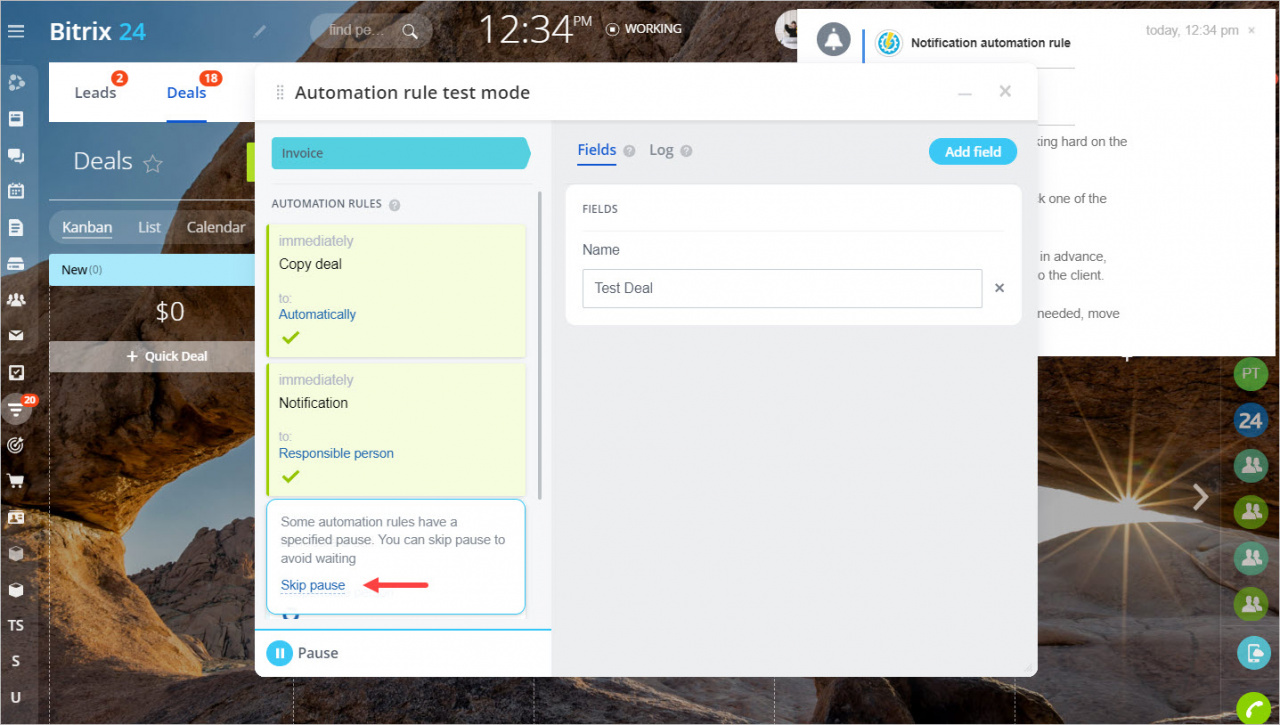 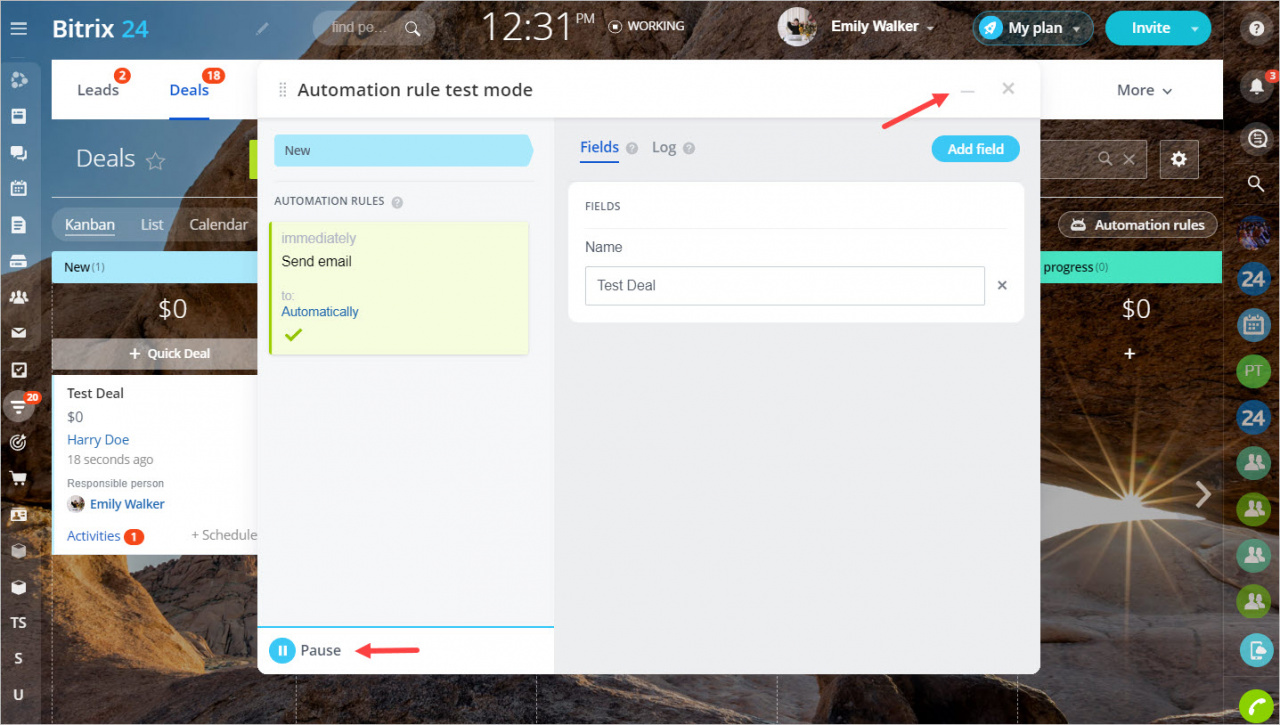 If you want to restart the test, move the deal to any other stage and then move it back and click Start test.

To complete the test, close the window and confirm the action. 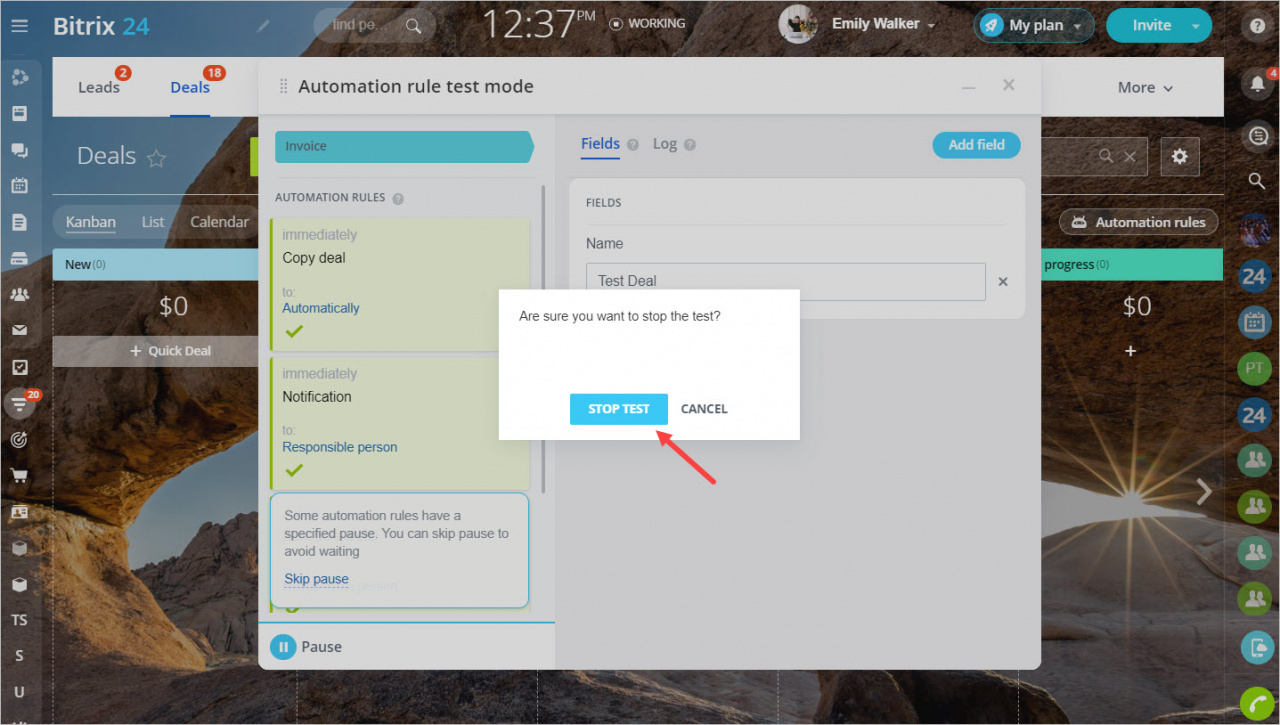 All information about the test mode will be saved as logs. You can find them in the Test logs tab. 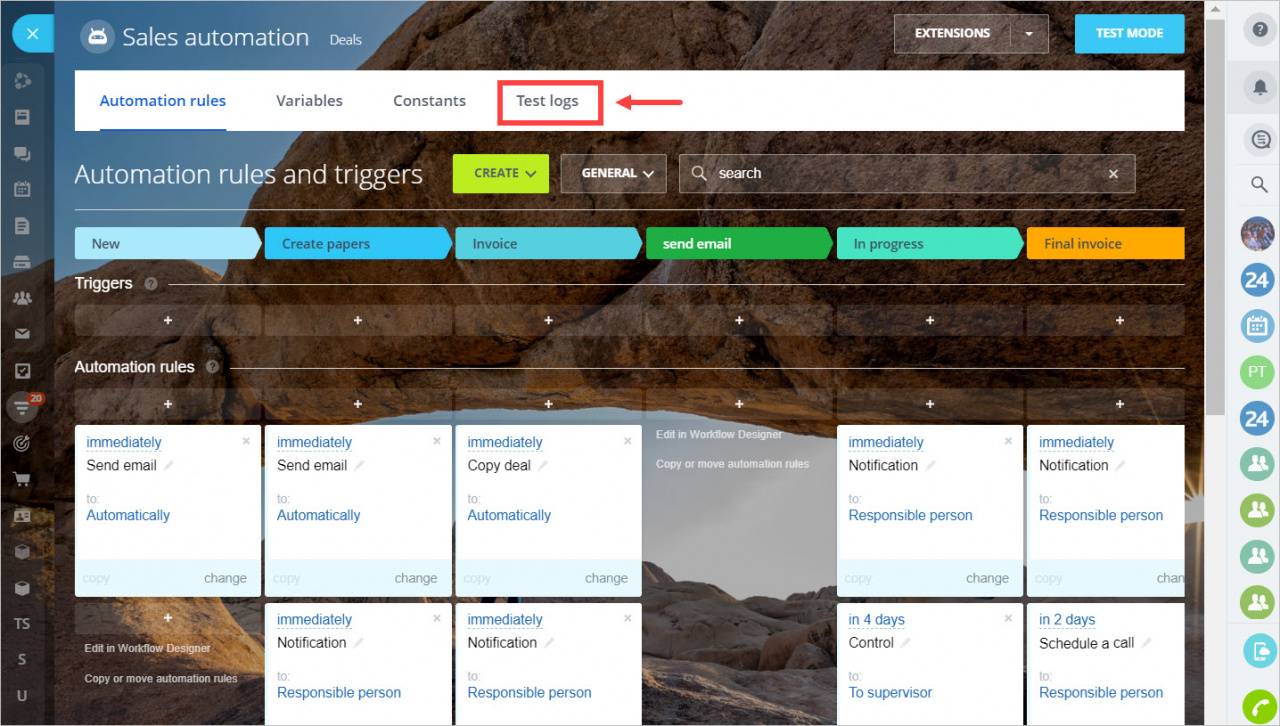 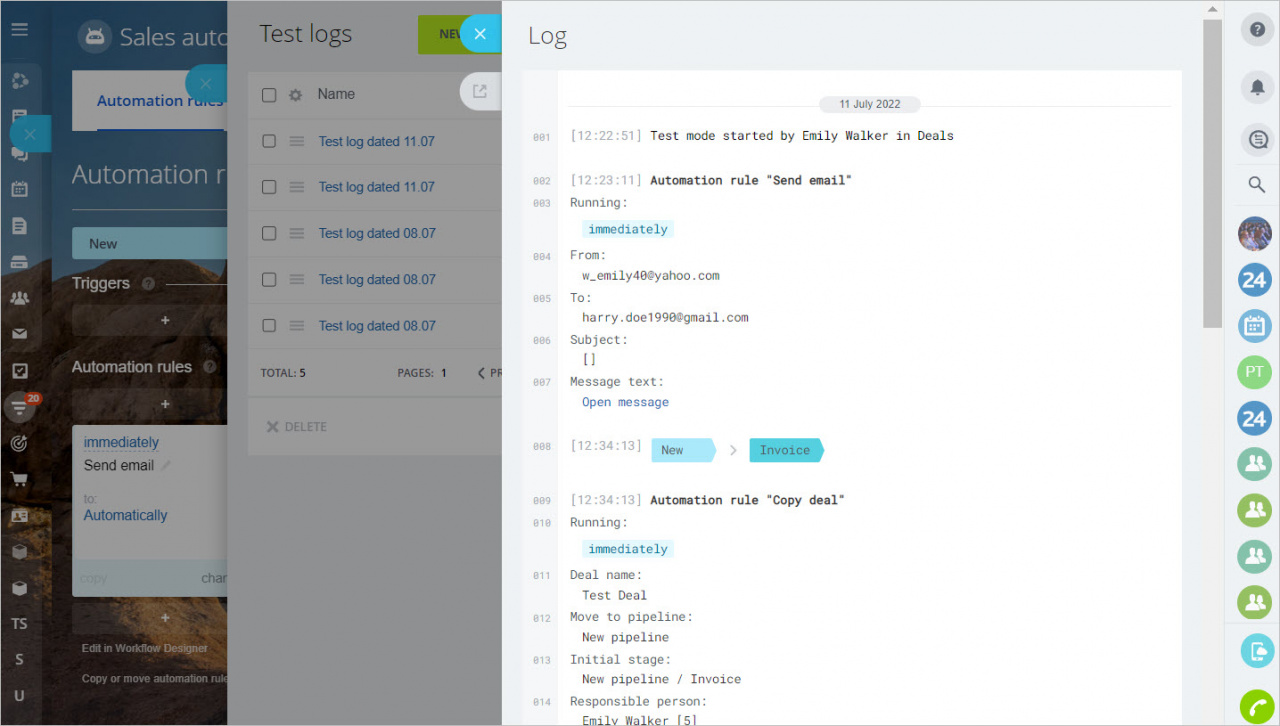