In this article, we will have a look at deals reports. 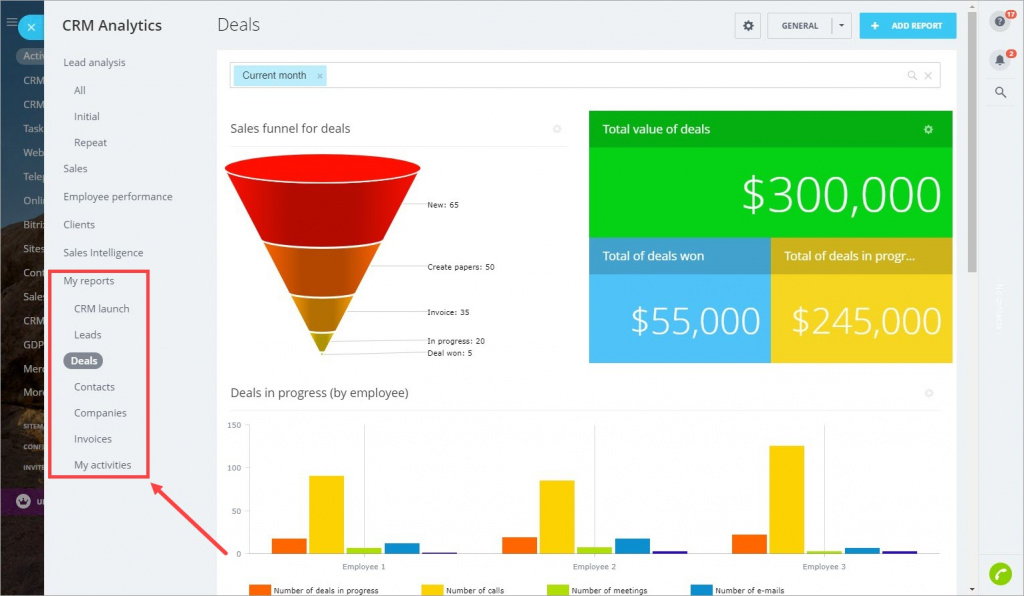 When you open this report for the first time, you're shown the demo data. You can close the demo view to see the actual report for your deals.

You can switch between deal pipelines by clicking the button in the top right corner. Also, you can use filters to change the reporting period. 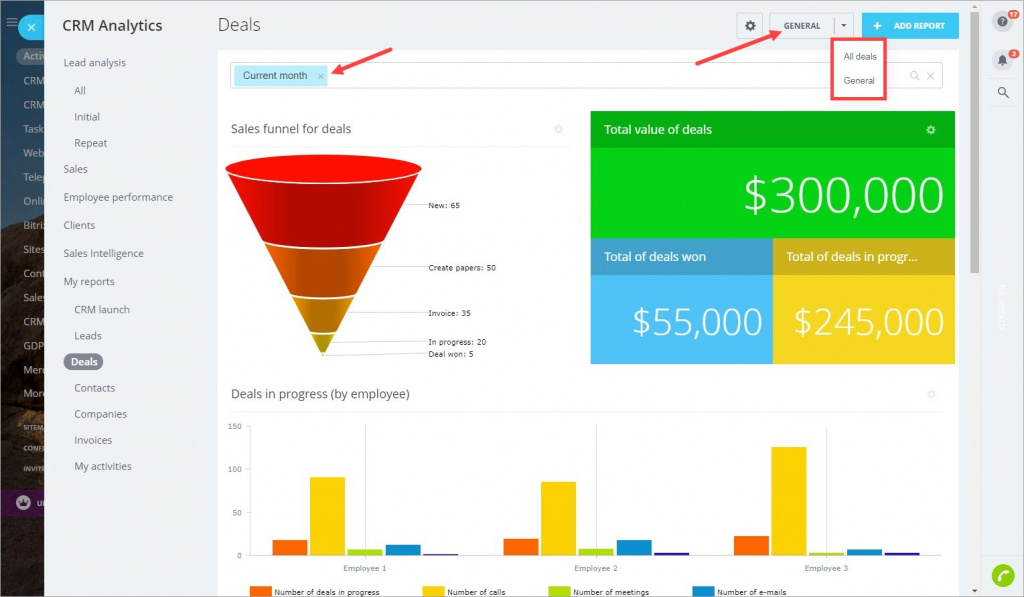 Sales funnel for deals shows how many deals went through all the stages within the selected reporting period. You can analyze the effectiveness of your sales process and see on which stage you lose money. 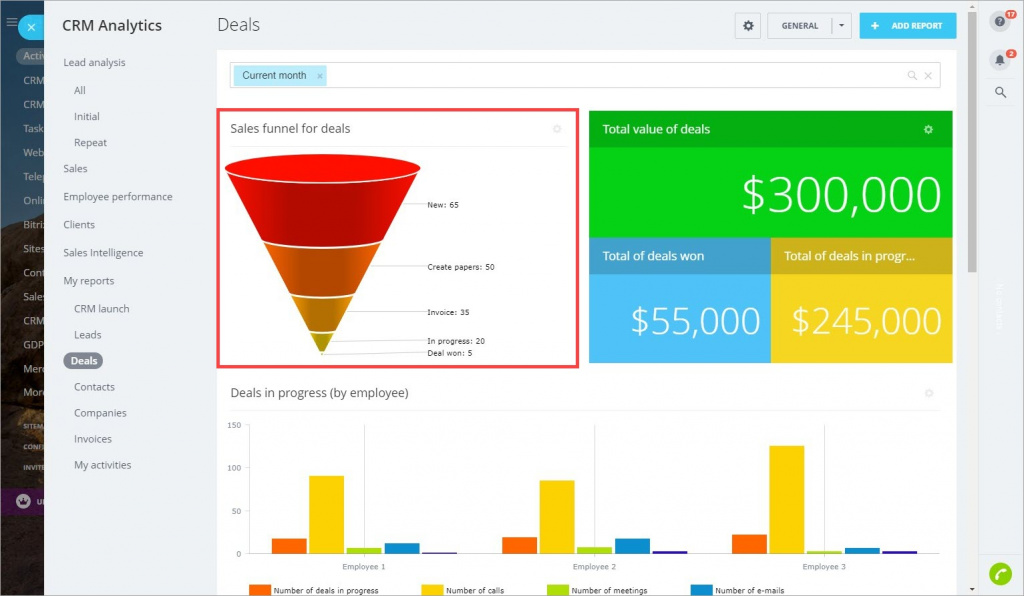 You can select a pipeline and reporting period for the sales funnel by clicking the cogwheel button.

What's the most important value when you analyze the sales process? Of course, it's the income.

You can select the reporting period for this report and configure the report by clicking the cogwheel button.

Closing the deal is half the work - you need to get money form a client. This report shows you if you have any deals that are not invoiced. 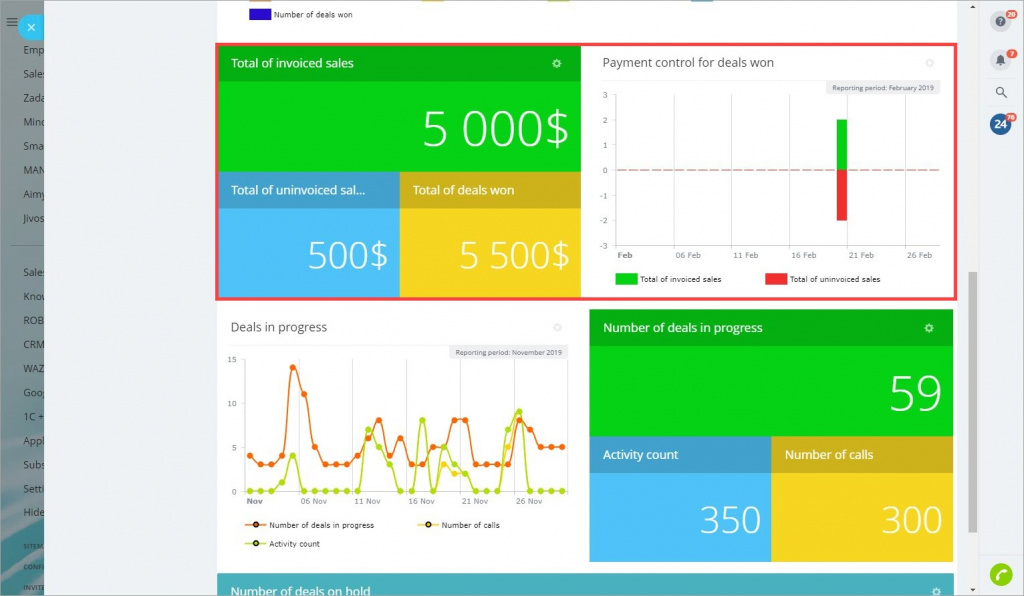 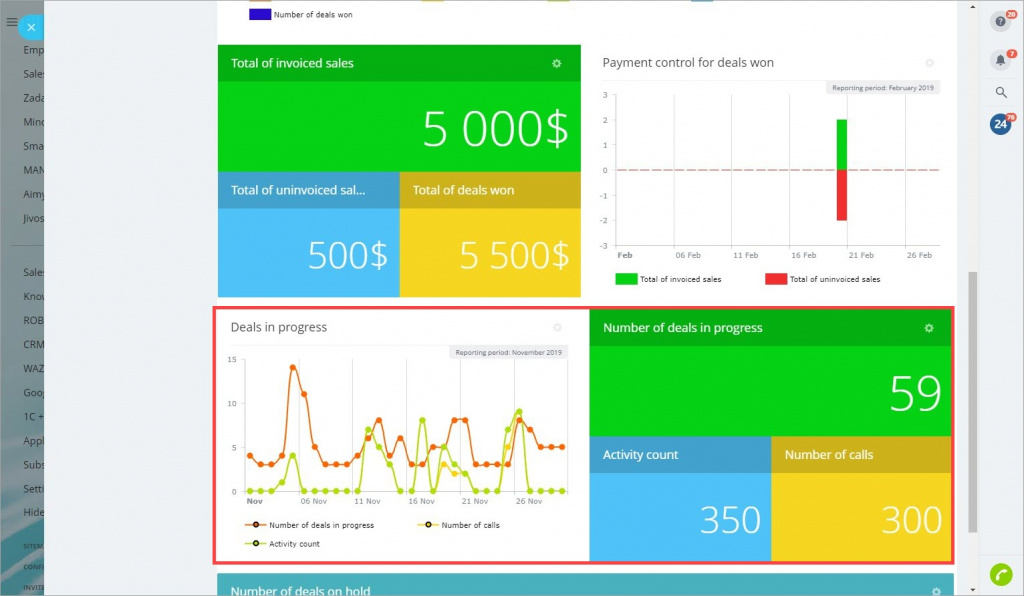 Number of deals on hold

When you have lots of deals, you may forget about some of them. Deal on hold is a "forgotten" deal that nobody has worked on within the selected reporting period. You can click the number of such deals to open the list of deals on hold. 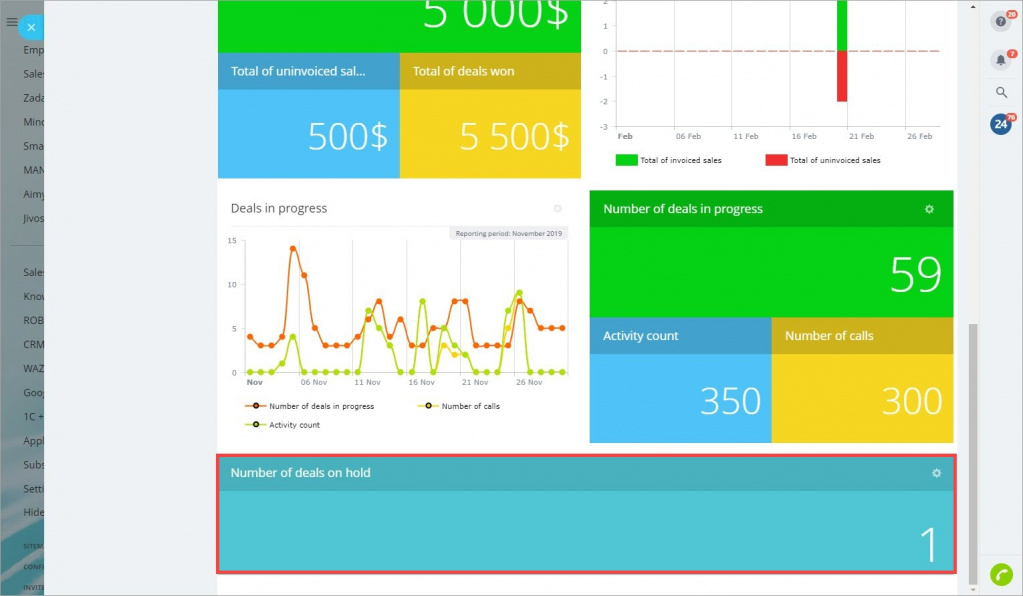 All deals in the report are grouped not by a separate stage, but by special groups: