Author: Emily Walker
This option will be available on all Bitrix24 soon.

In Bitrix24 you can automate work with deals and leads, using smart scripts. For example, you have deals in which you need to set single-type tasks for employees and schedule appointments in the calendar. For such deals, you can set up a sequence of robots that will perform the actions.

Work with smart scripts is available only to the administrator.

How to create a smart script 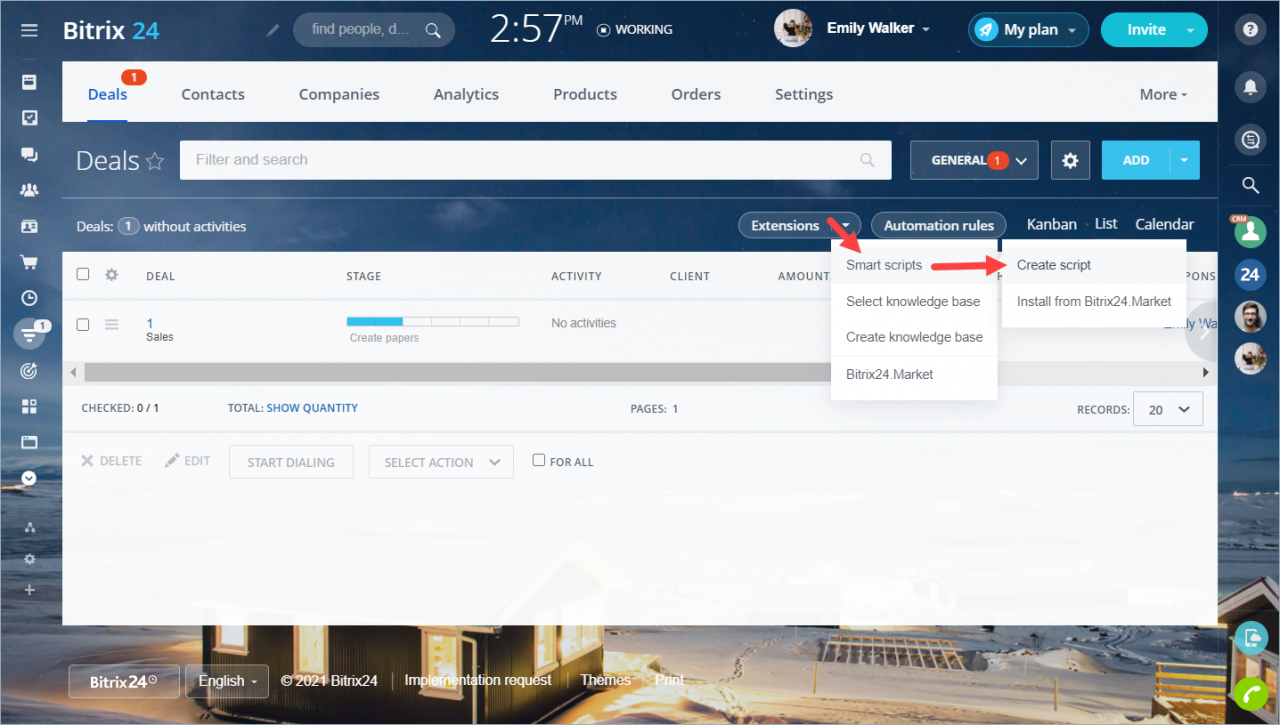 Specify the name and the description of the script. 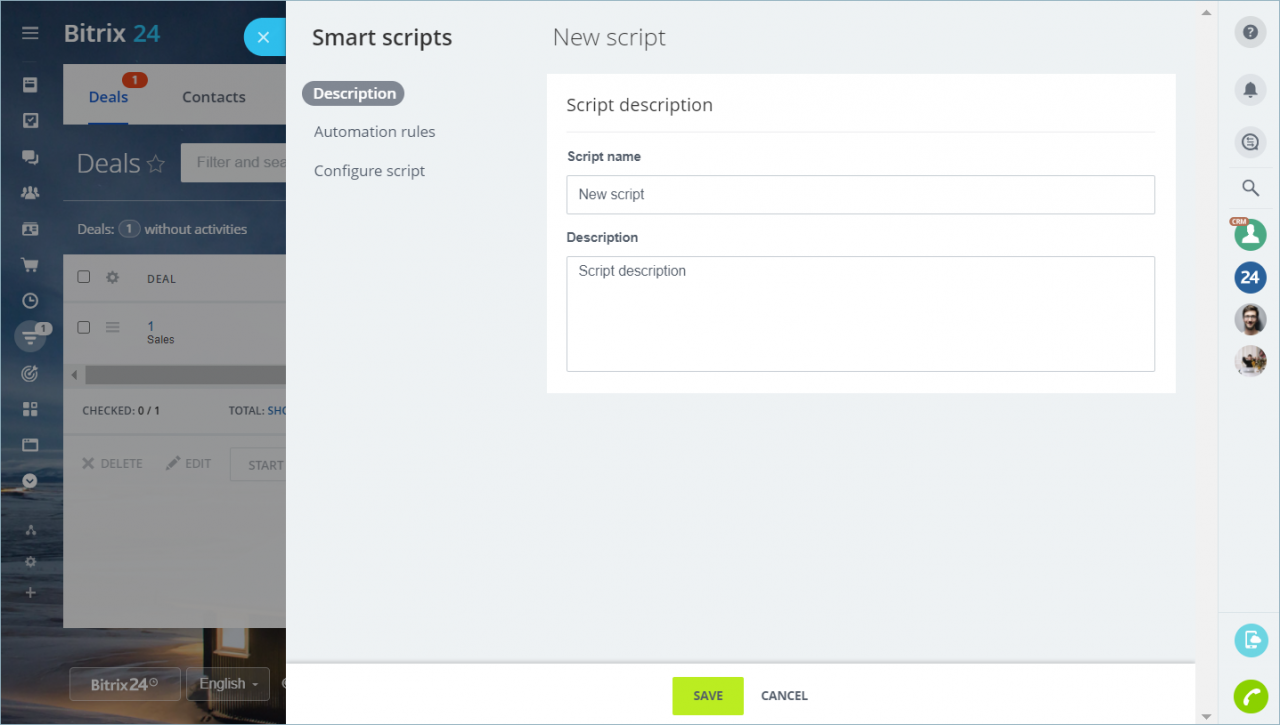 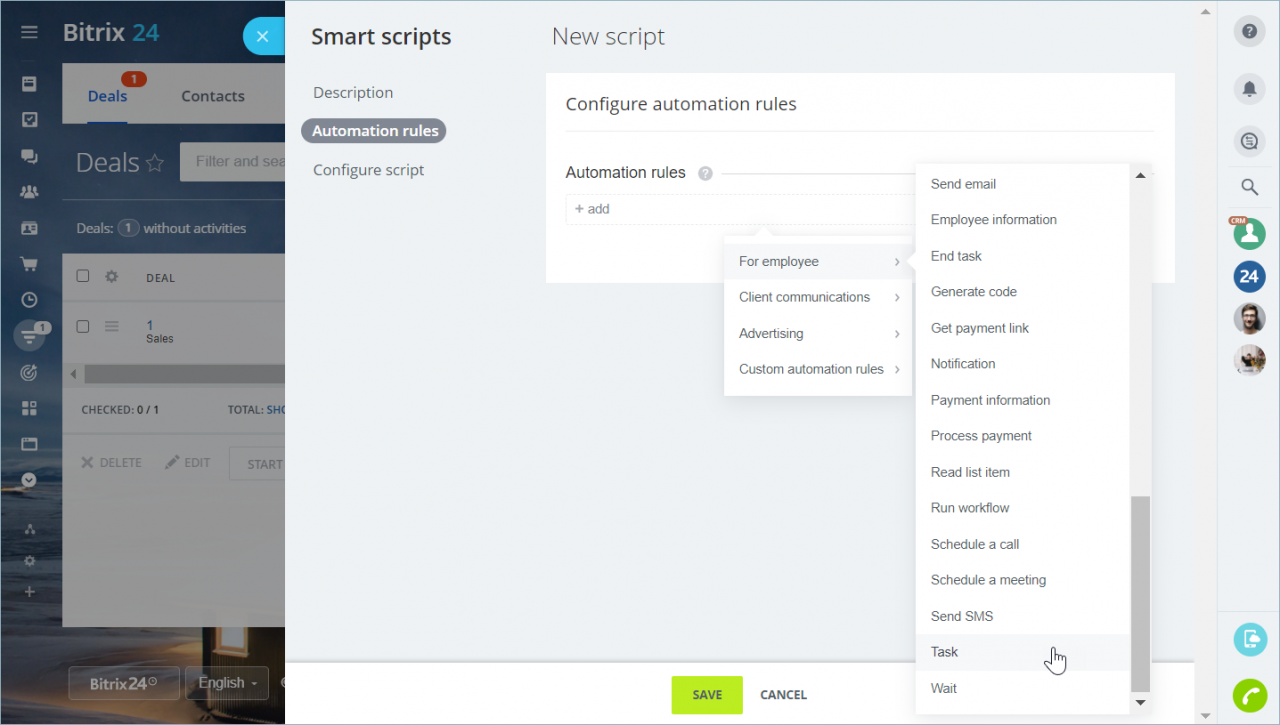 As an example, let's add robots that will assign tasks to employees when the script is running. 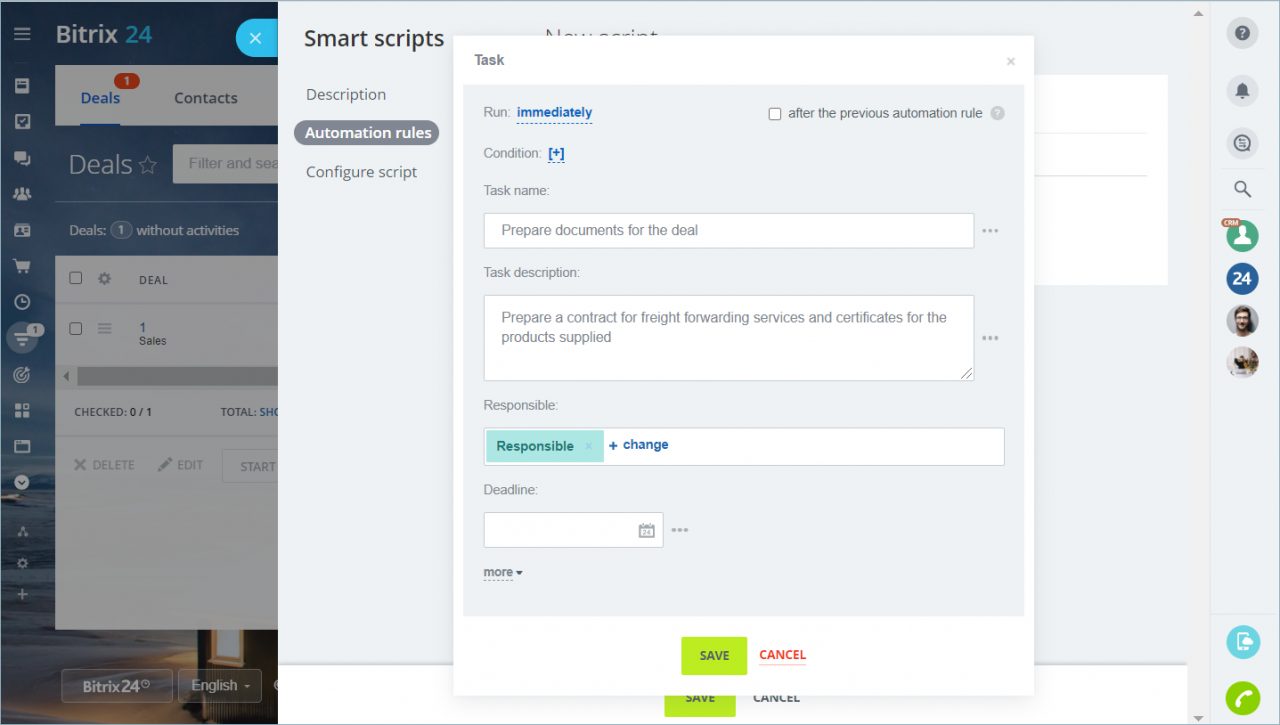 While setting up the robot, you can specify the following parameters: 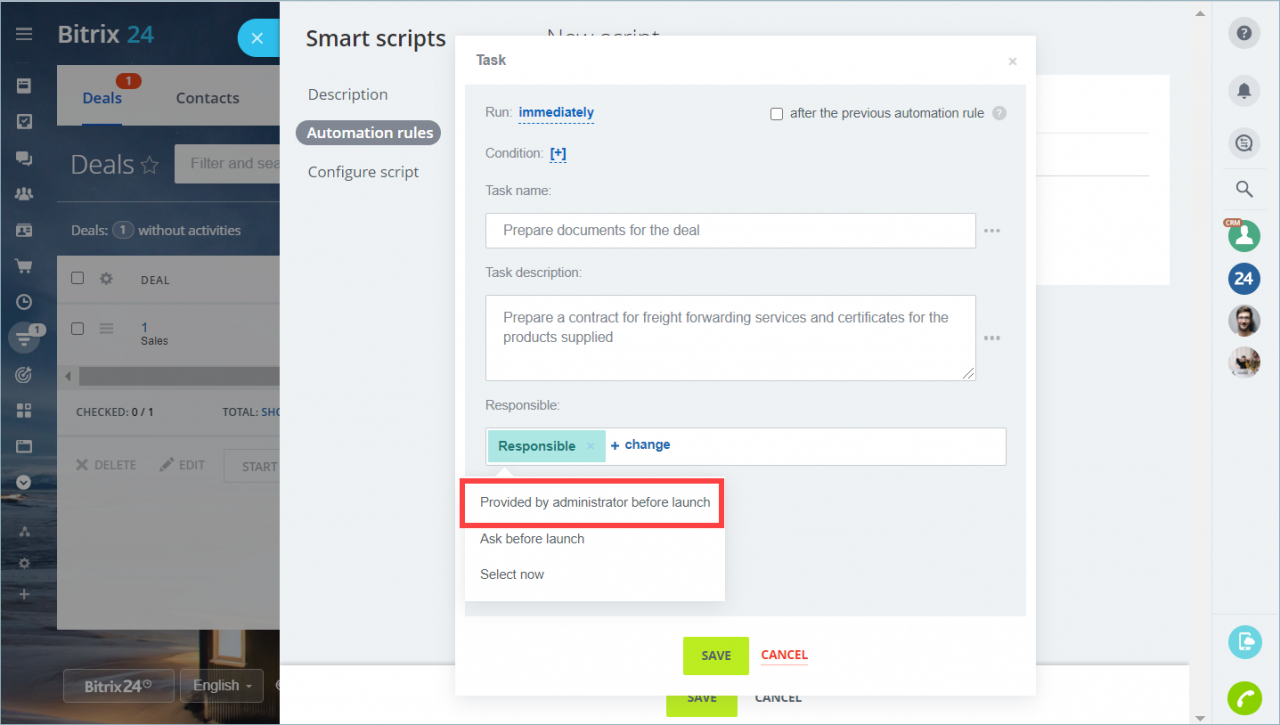 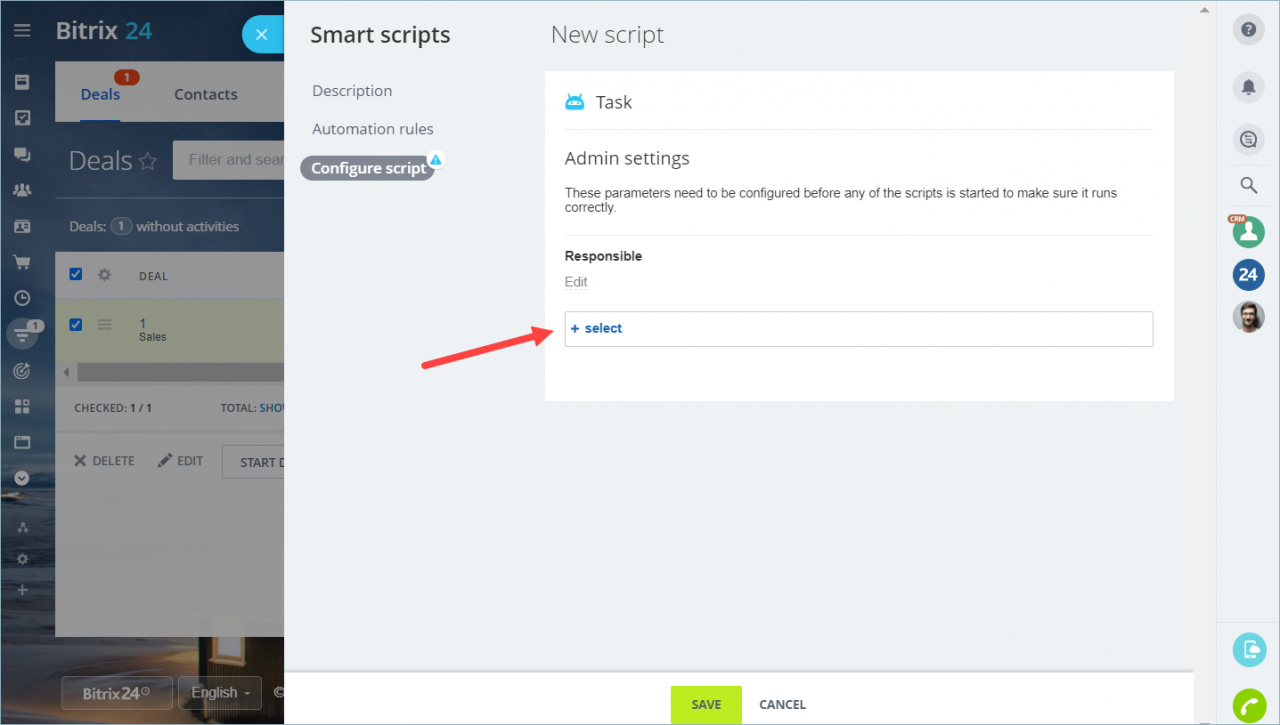 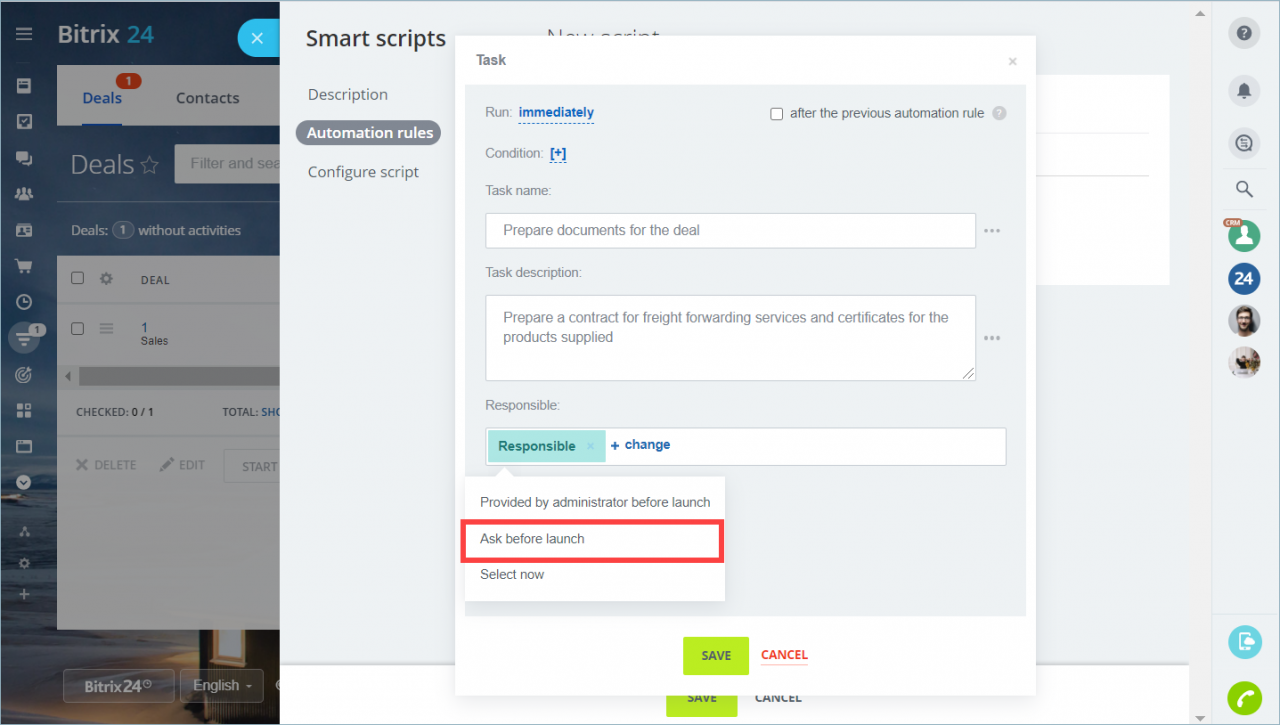 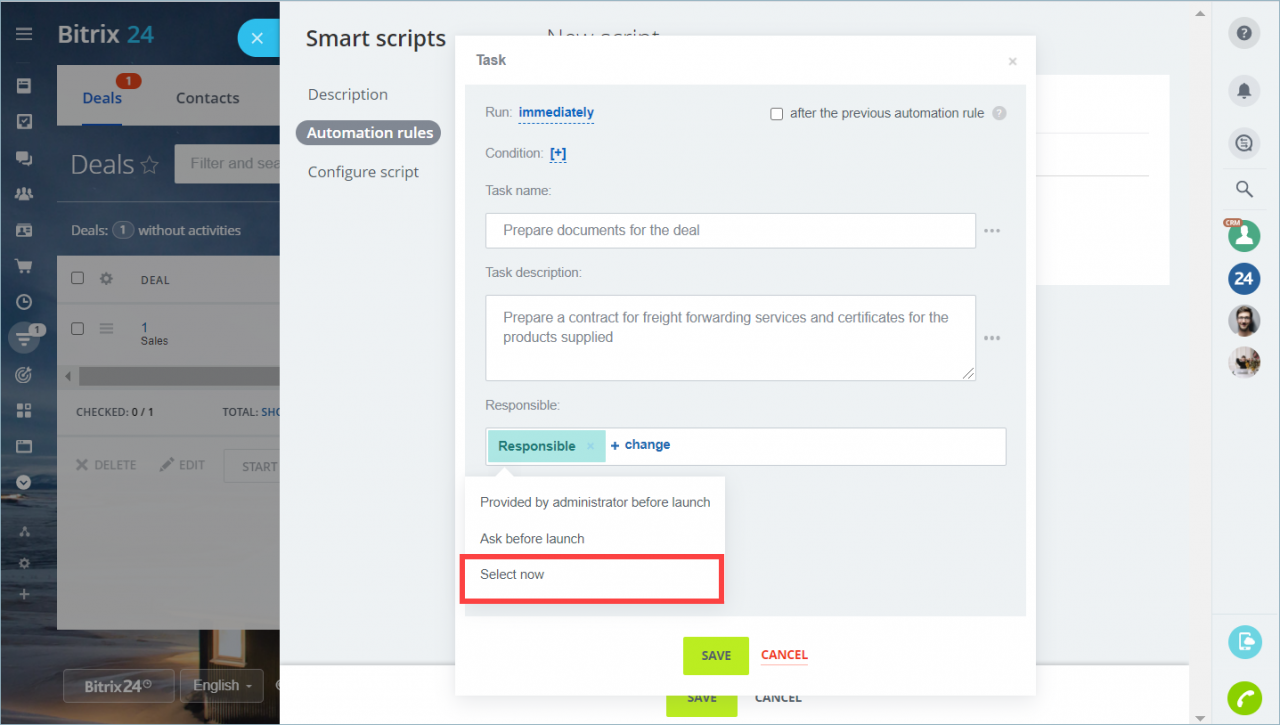 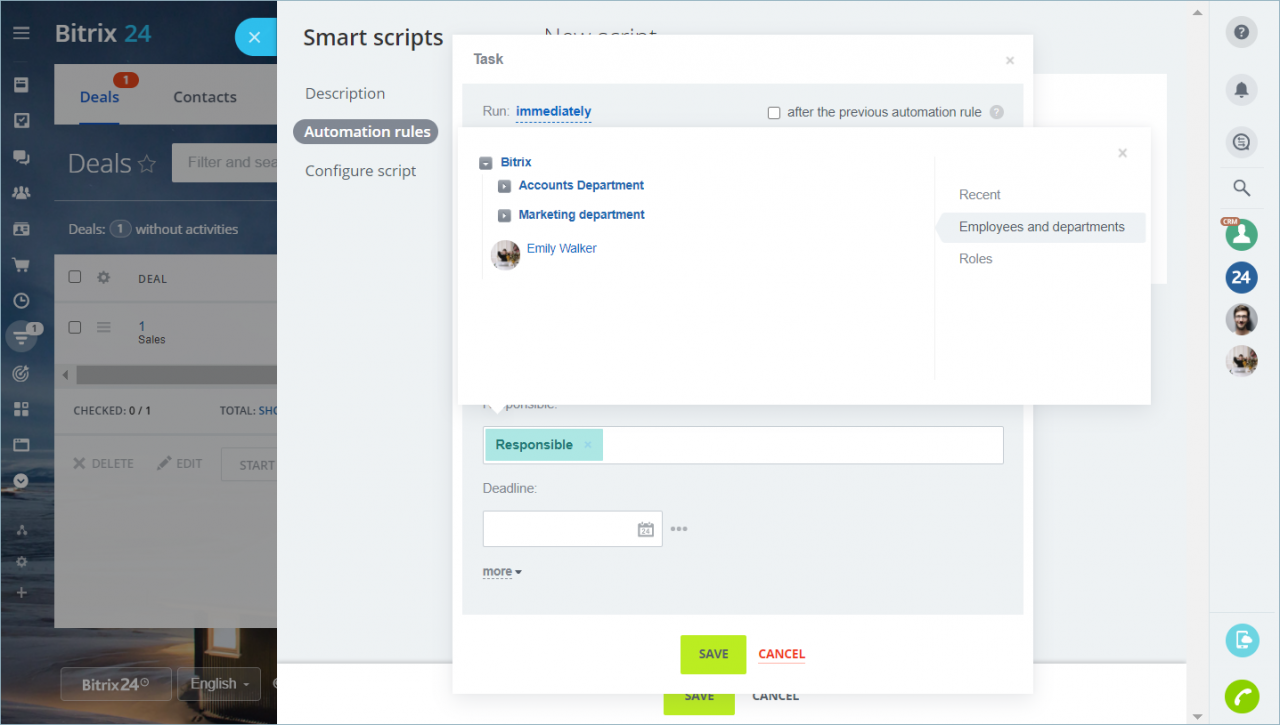 In Configure script section, you can specify additional settings if you have used the options Provided by administrator before launch or Ask before launch. 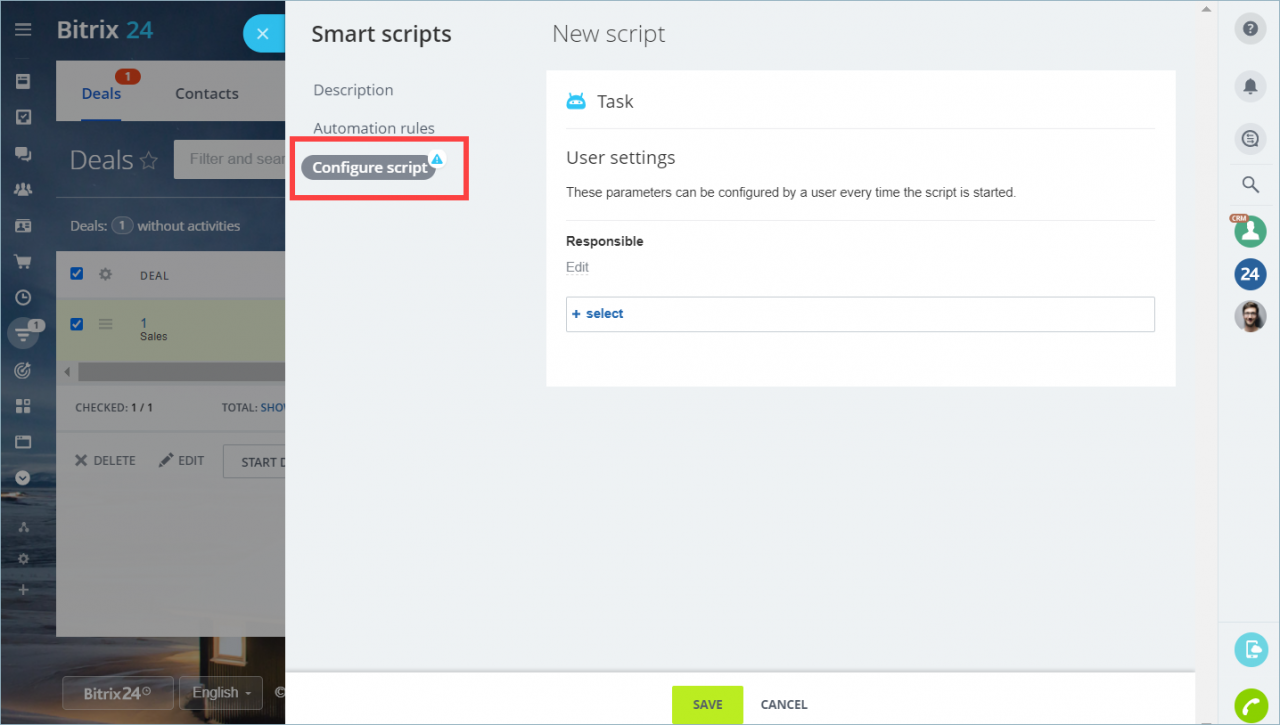 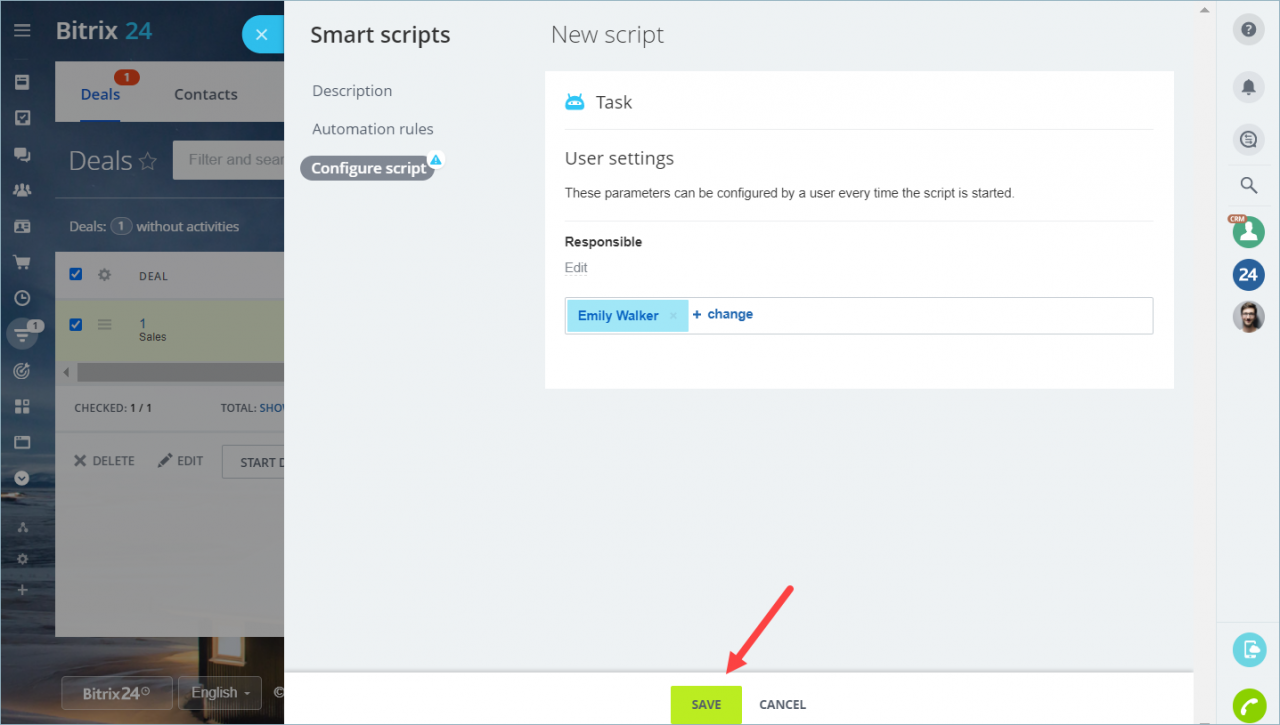 How to launch a script

Mark the deal and select the script. It will be launched. 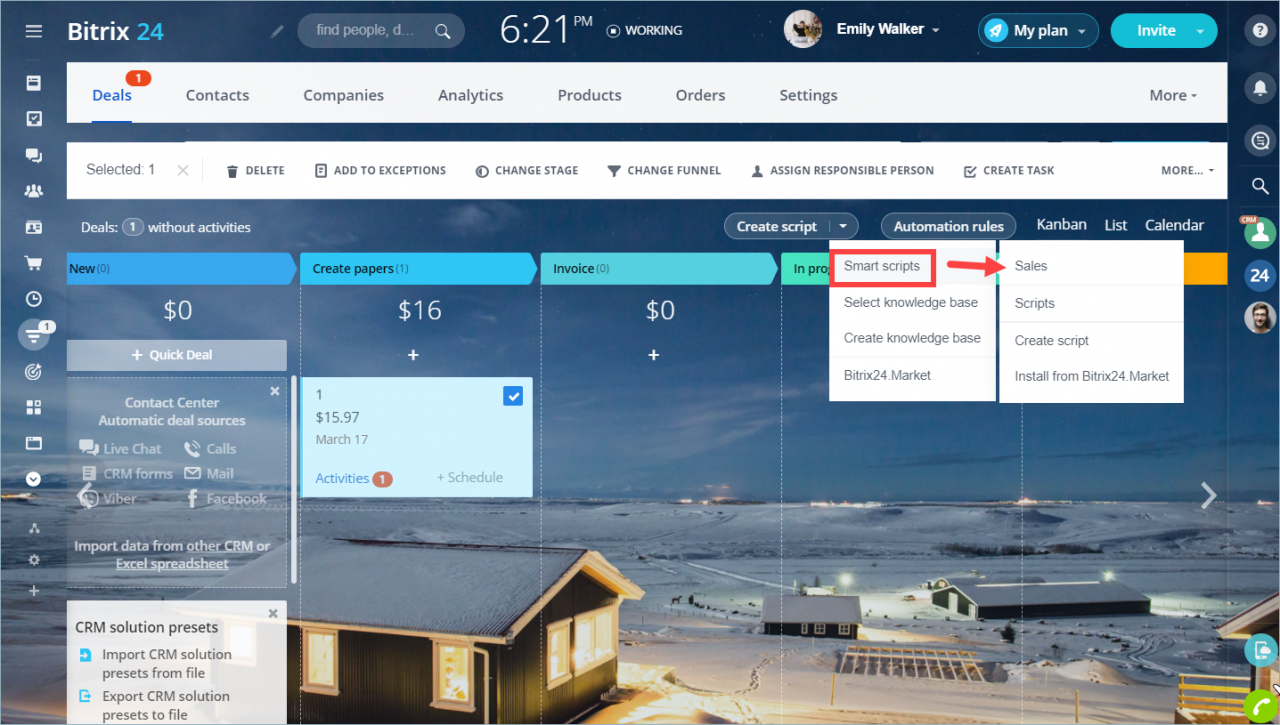 How to configure or delete a script 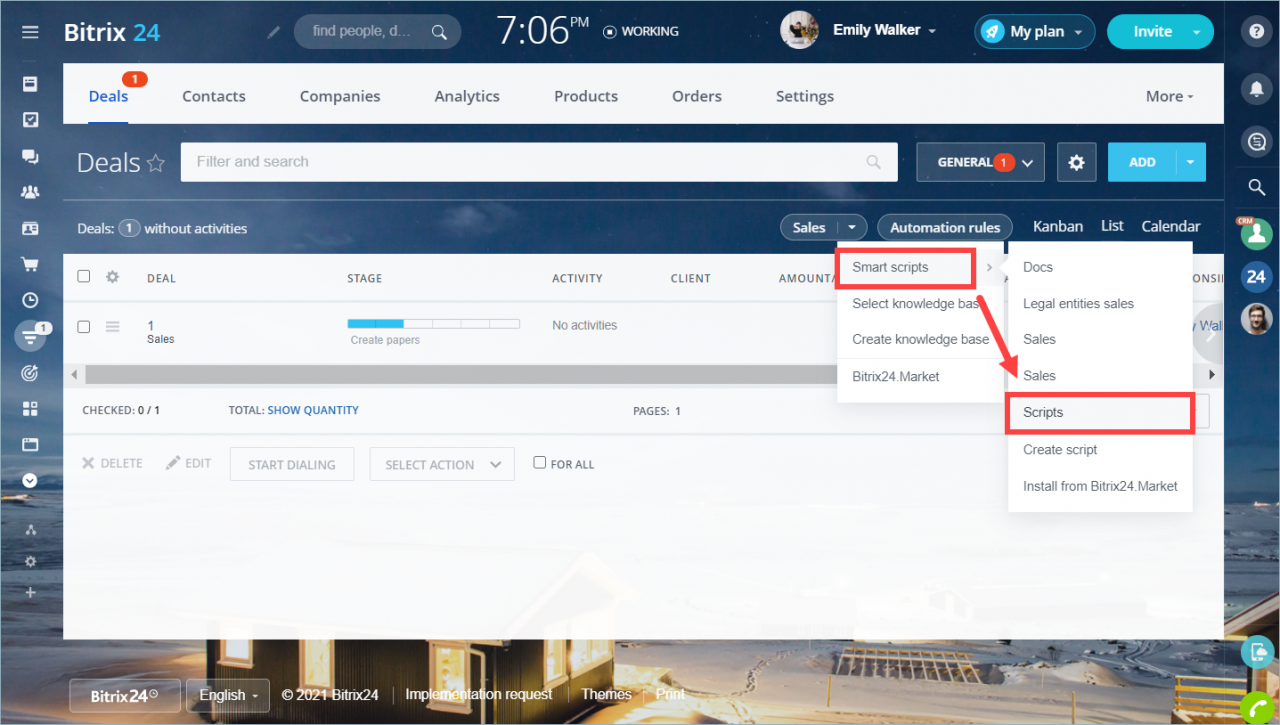 You will see the list of all available scripts. Here you can delete or configure them. 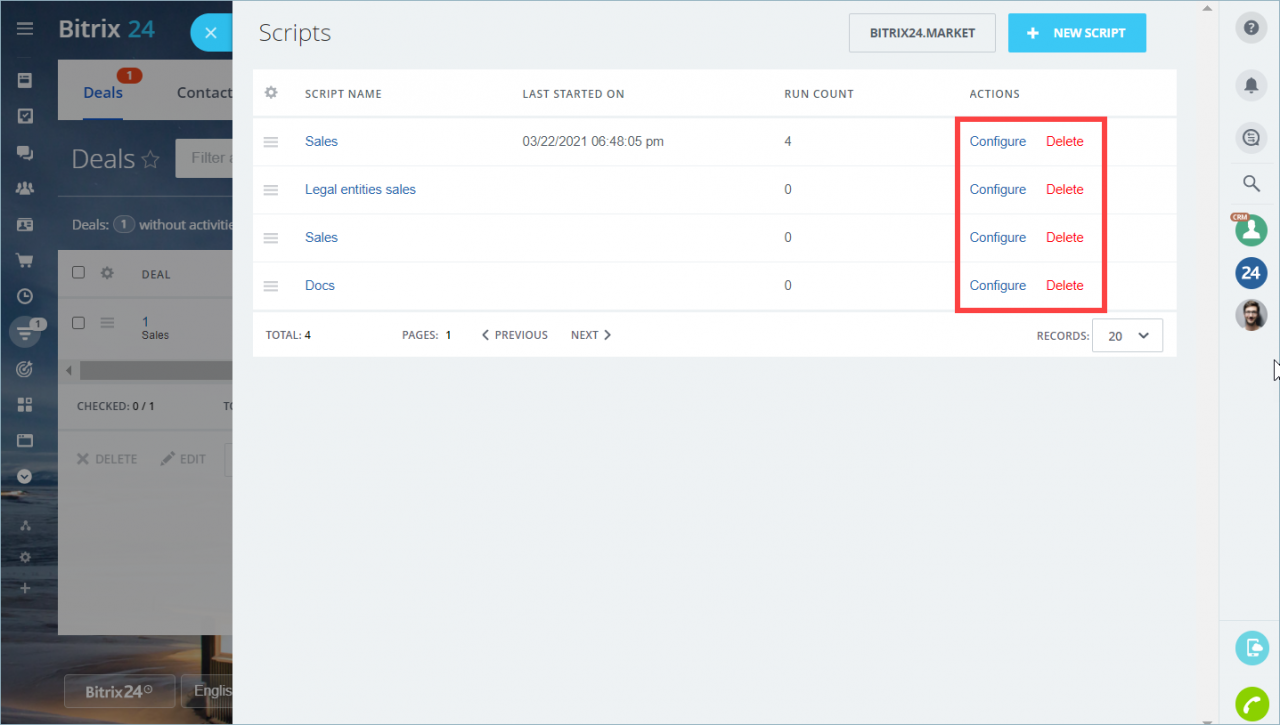