In Bitrix24 CRM, you can use different currencies. It is convenient when working with clients and counterparties from other countries. You can select the base currency that will be used in deals. And you can select any other currency for reports and invoices.

How to work with currencies 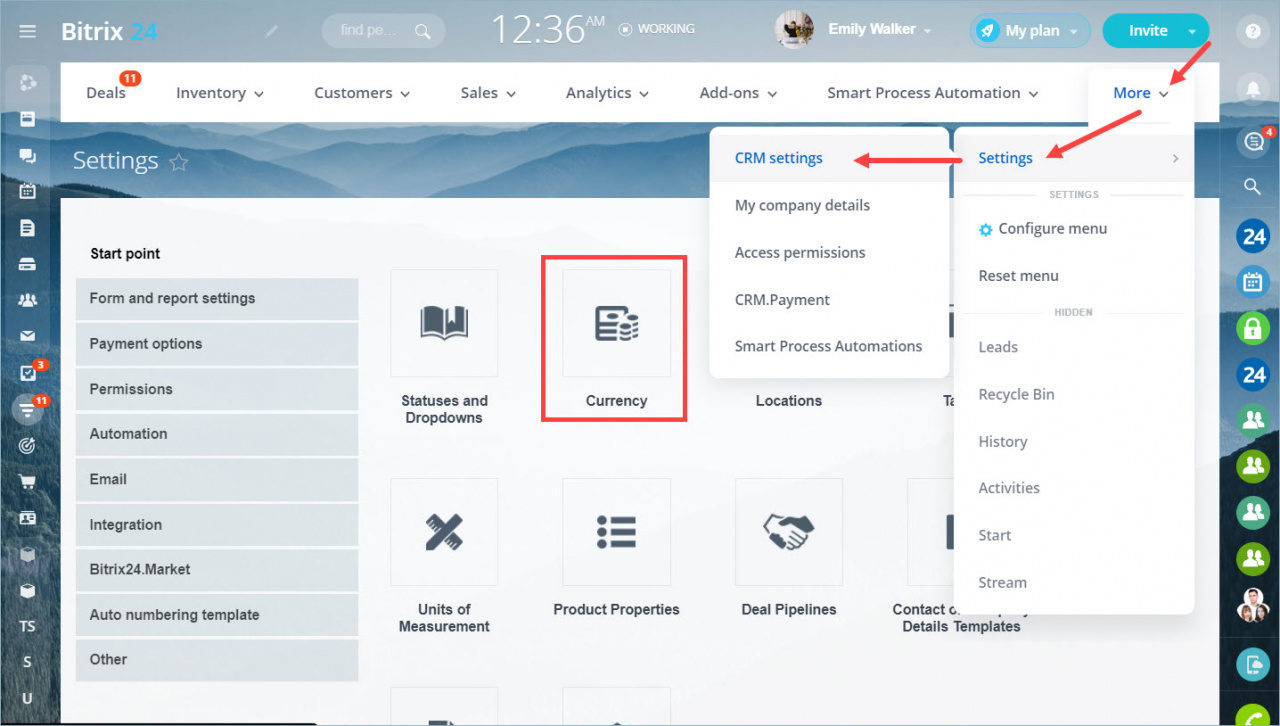 There are five default currencies in the list. One of them is specified as the base currency.

Base currency is the main one against which other currencies are calculated. 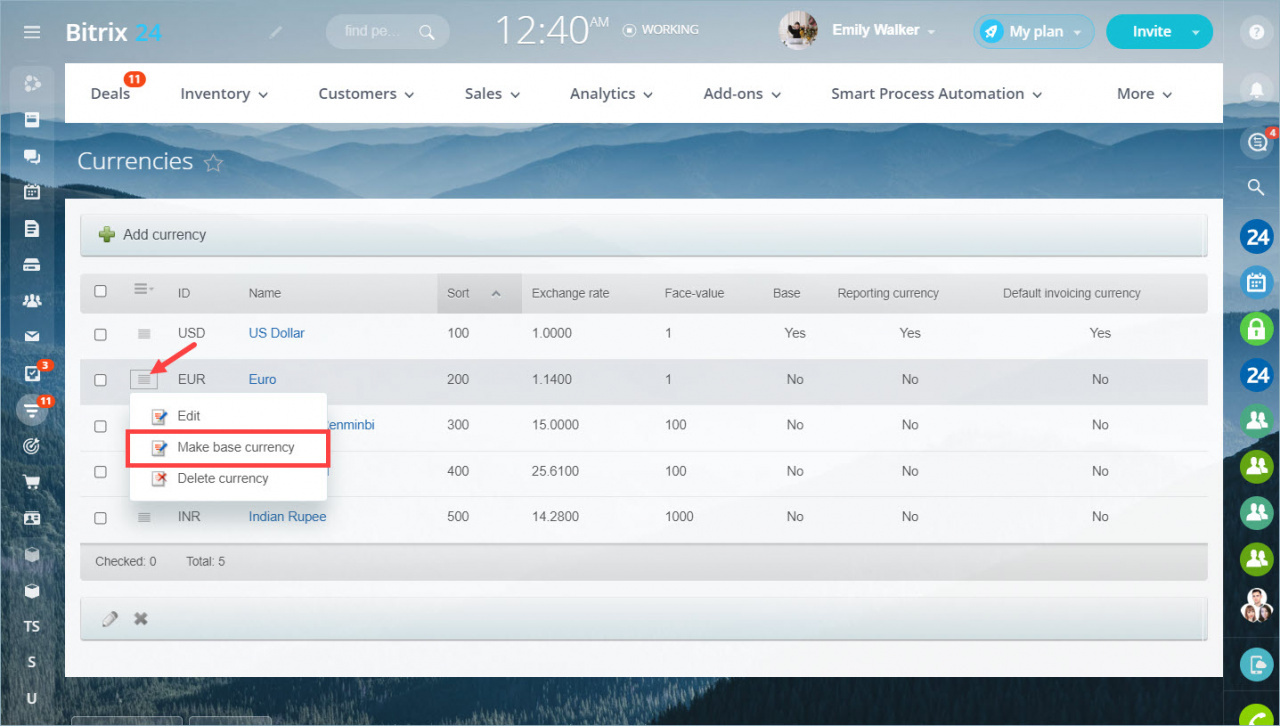 The base currency is used in deals, but you can use a different currency for reports and invoices. To do this, select the desired currency and check the appropriate boxes. Here you can also change the current rate and display format. 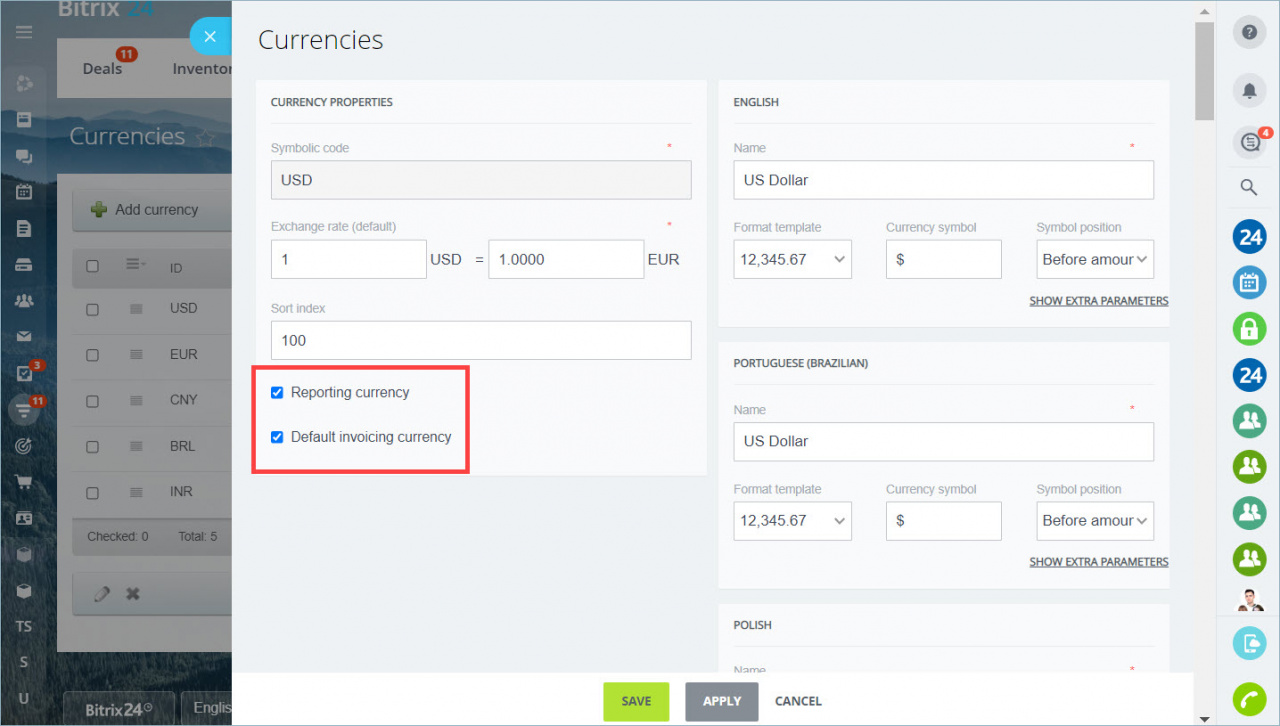 Default invoicing currency option works only with the old version of the invoices. Read more about the difference between new and old invoices in the article.


The exchange rate in CRM currencies supports 4 decimal places. If some currencies contain more, change the number of currency units to tens, hundreds, and so on until the decimal of the number is acceptable. 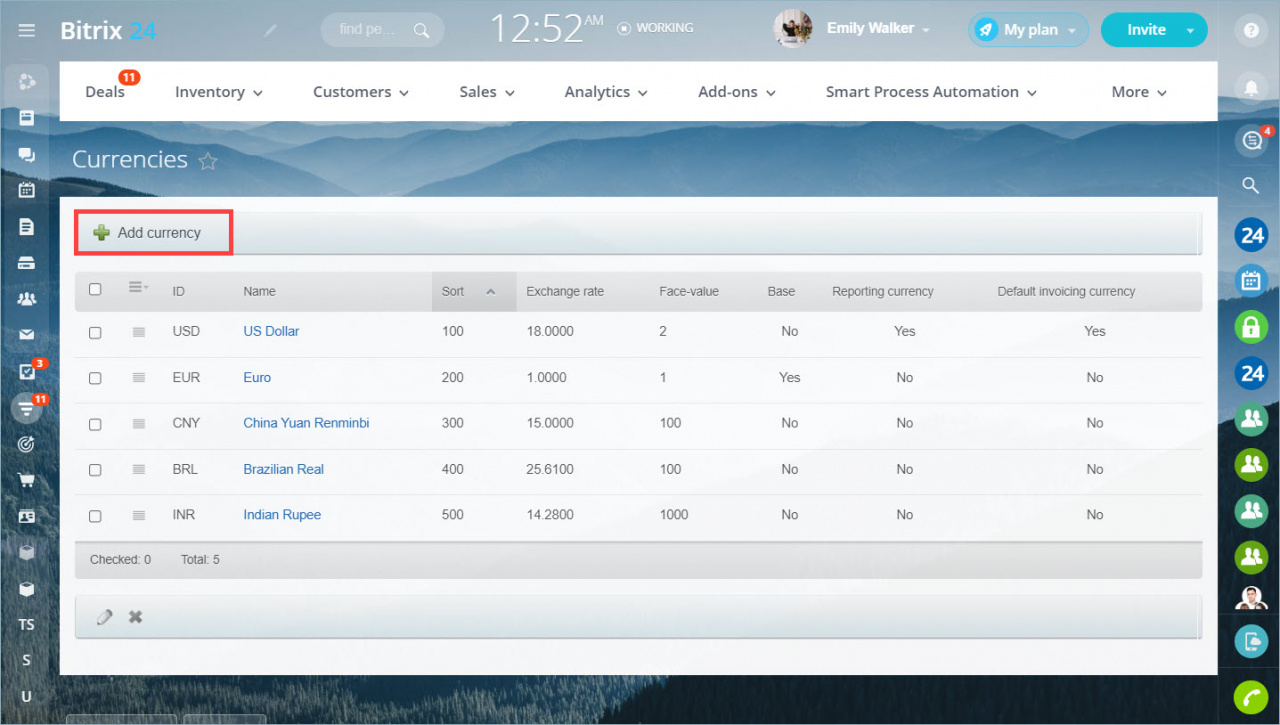 In the form, select the desired currency from the directory or via search bar. The left column displays the properties of the currency, such as the numeric and character codes. Set the currency exchange rate and customize its sorting in the list. Save your changes. 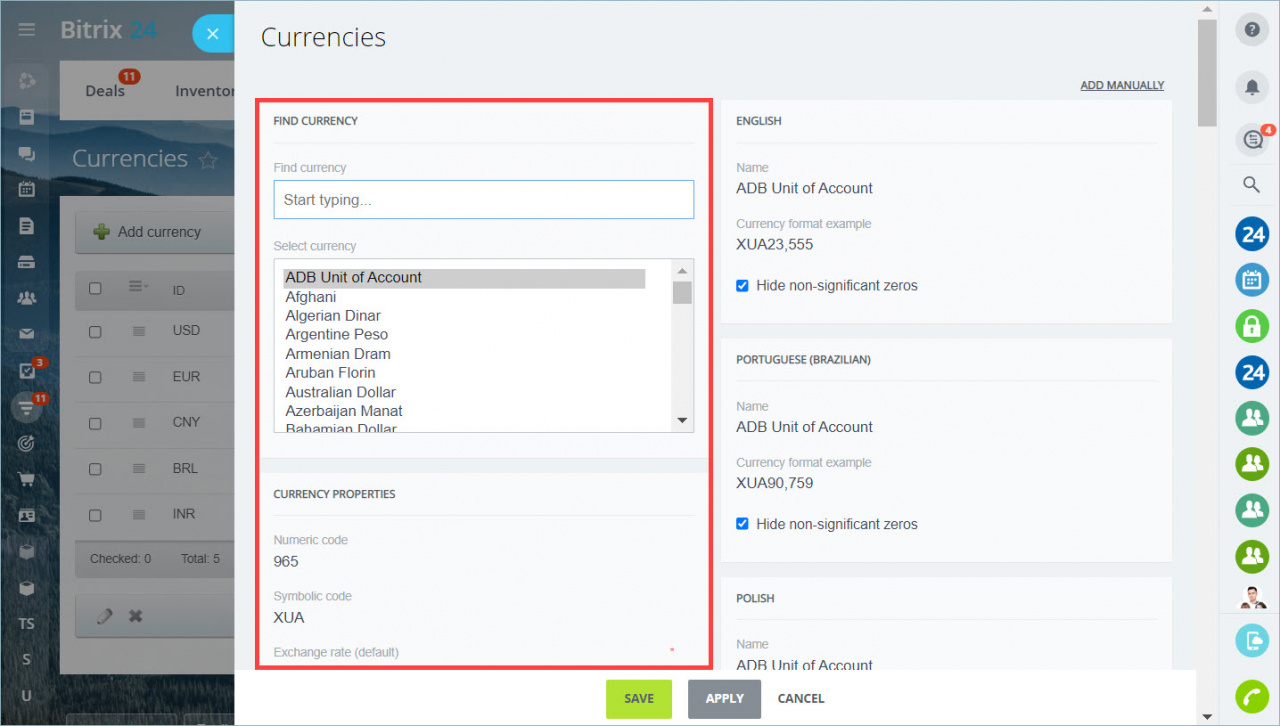 The right column will show information with the name of the selected currency and examples of its output in foreign languages. 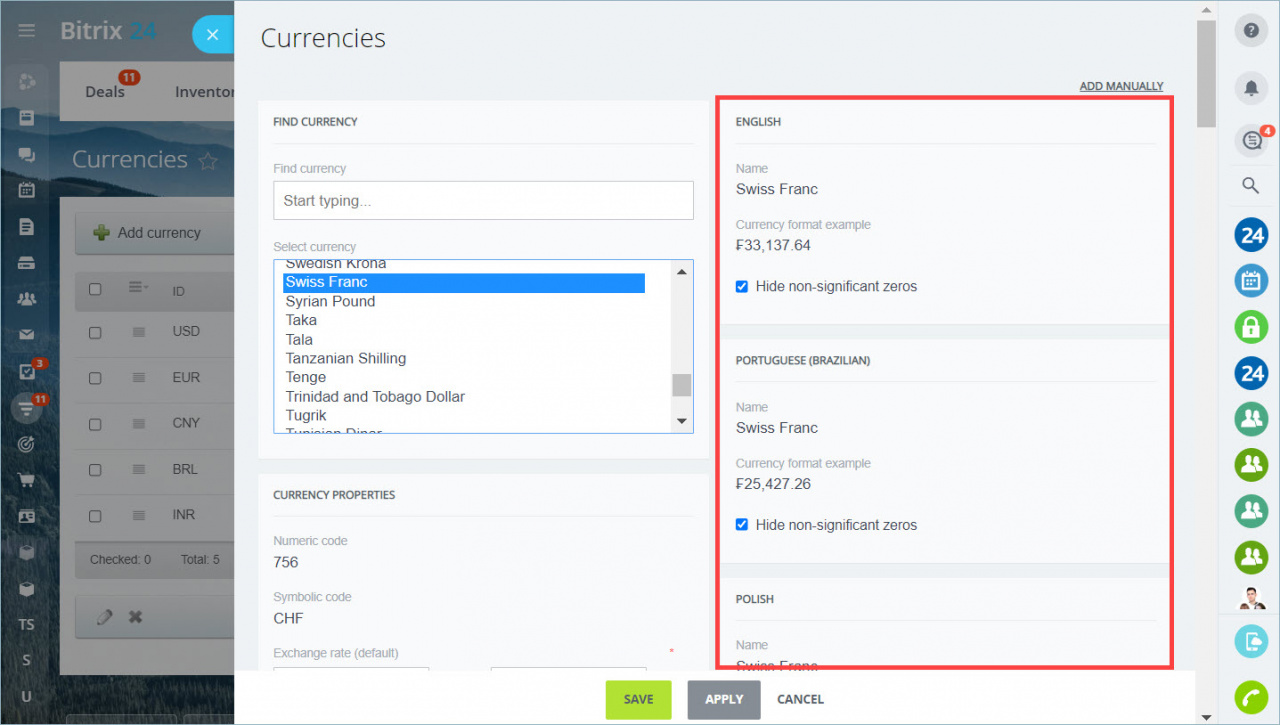 You can also Add currency manually. In this case, it is necessary to specify the symbol code and display options for all languages. 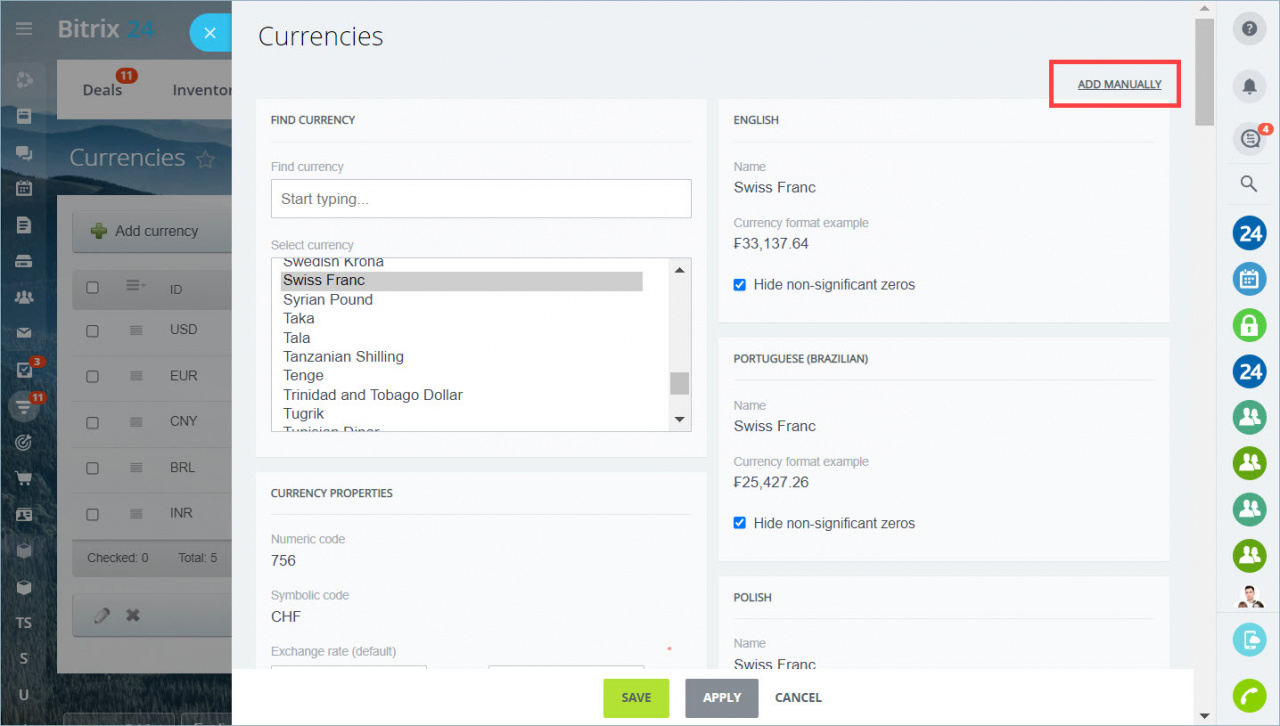 If you want to remove currency, check the box next to it and click the red cross under the list. 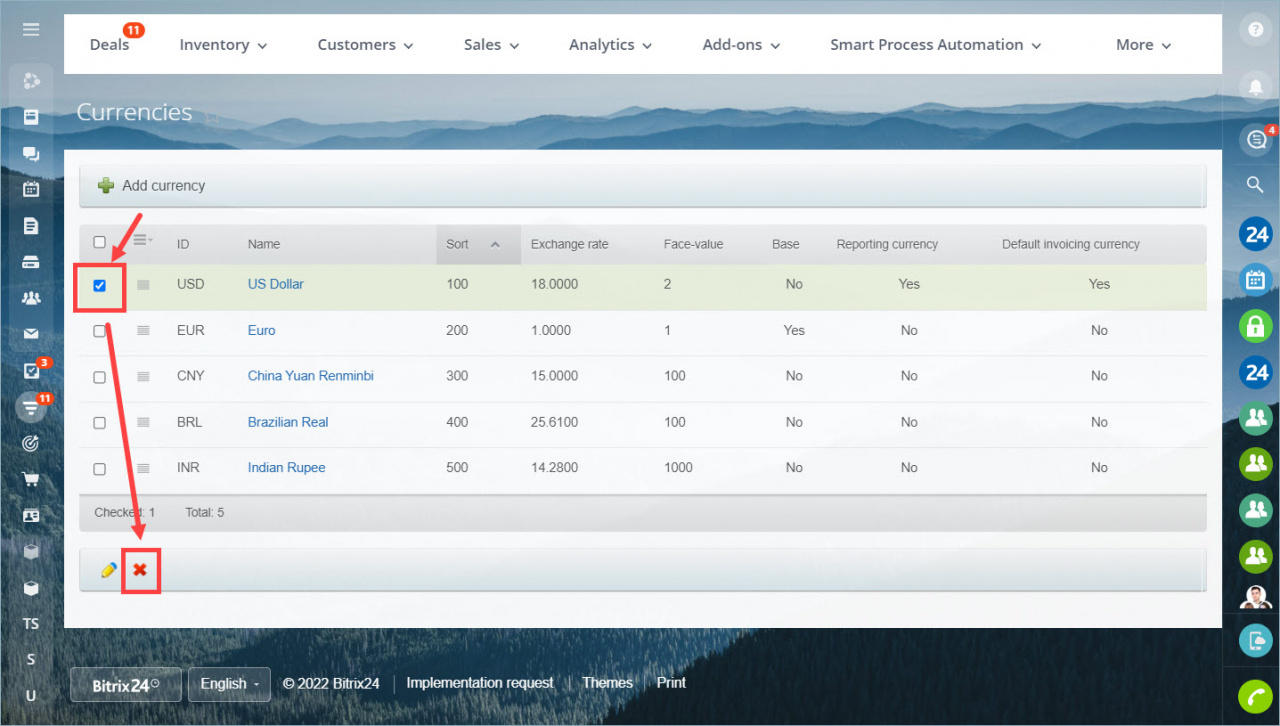 The exchange rate is not updated automatically. You can only change it manually.