We have added the Create QR code automation rule and the Scan QR code trigger to CRM. These tools will help you to automate the invitation sending and participant registration for events.

How to create and configure the automation rule

Open the automation rules slider in the CRM section. 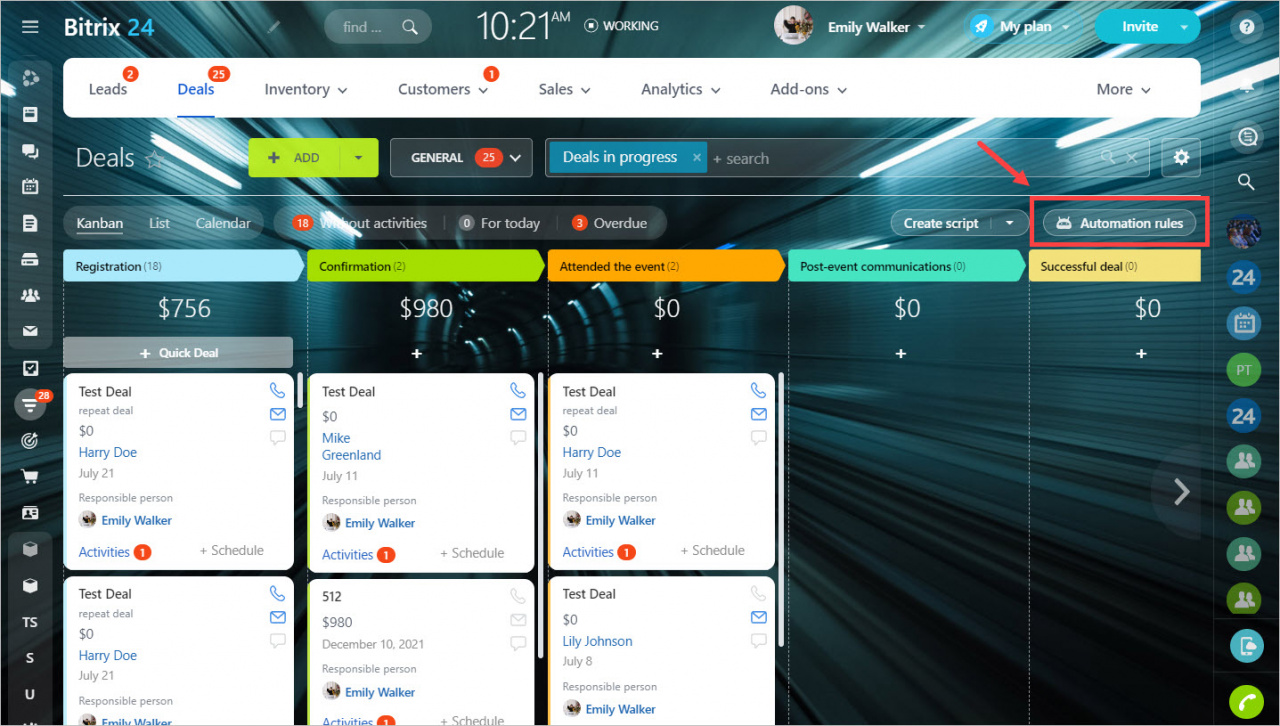 At the stage where you want to add the automation rule, click on the plus sign, then select For employee – Create QR code. 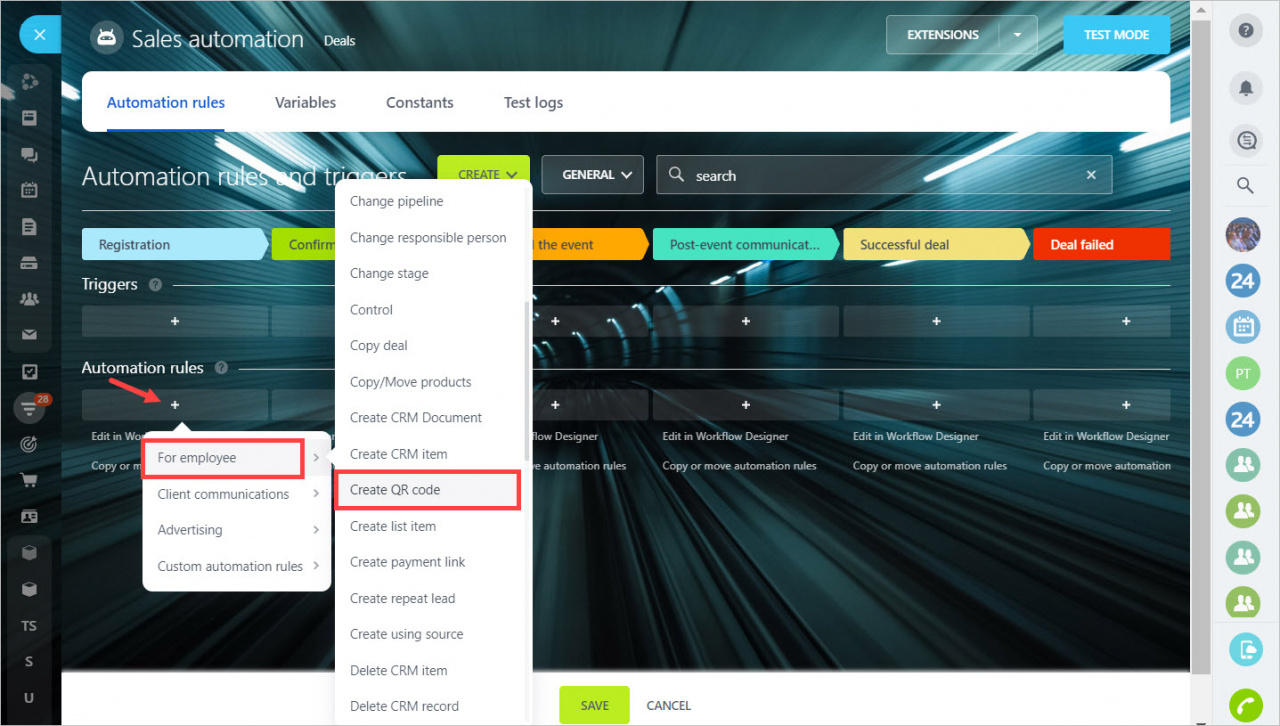 You can set the conditions and the run time for the automation rule. If you scan the QR code, you will see what the page will look like after the code is read.

In additional settings, you can change the text on the page, on the button and the identifier for the trigger.

Suppose you hold two events at the same time. For participants of the first event, the automation rule creates codes with the Exhibition name, and for participants of the second one - with the Conference name.
You can choose the codes for trigger to work: from the first automation rule or the second one. If you specify the Exhibition name in the trigger, it will not work when scanning the code from the Conference automation rule.
After scanning the QR code, you will be taken to a page with a welcome text and a button to confirm the visit. 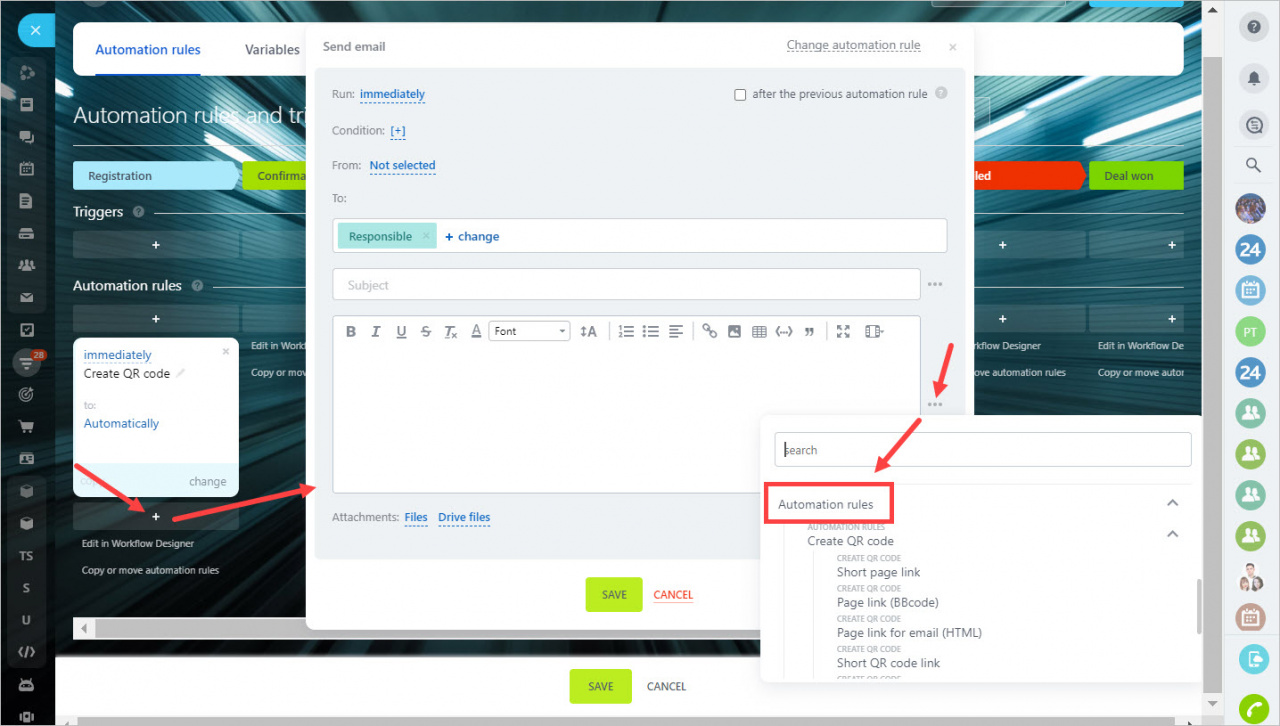 The following values are available:


This is what the values that can be sent by email look like. 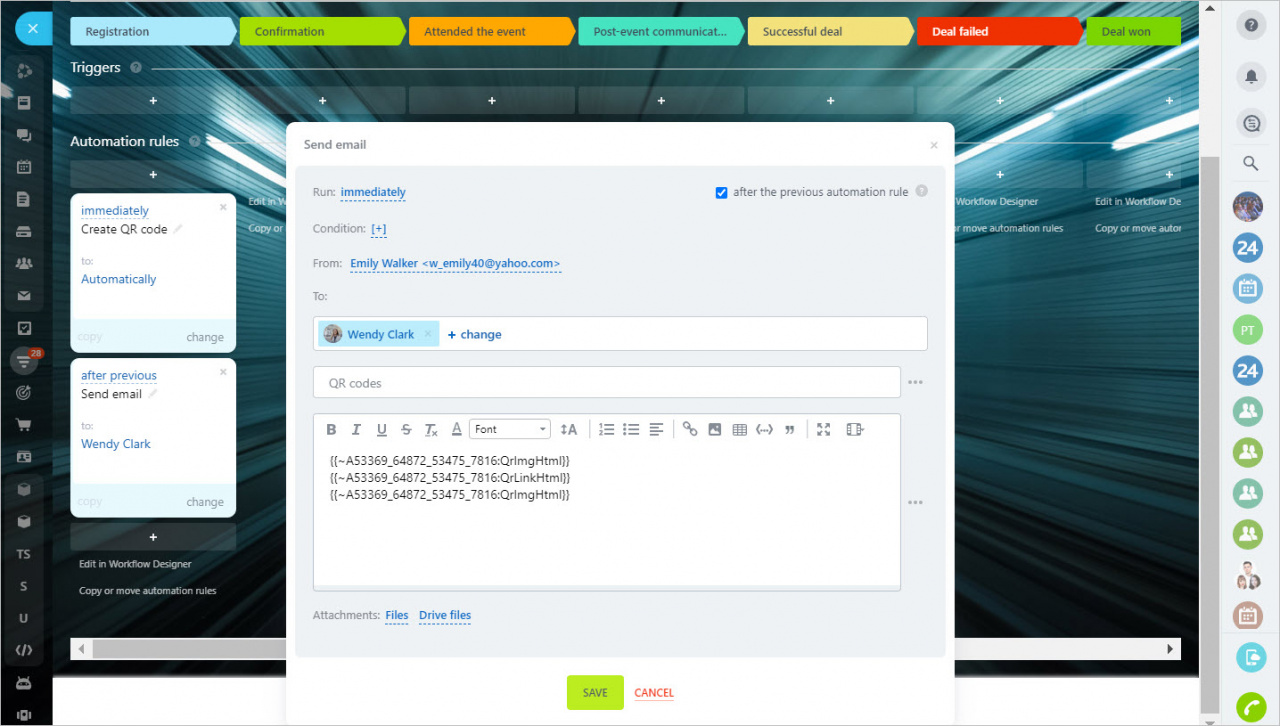 The first link in the email leads to the page, where the client will get after scanning the QR code.

The second link leads to a page with a QR code.

The code image, which is at the end of the email, you can save on your laptop or smartphone.

How to create and configure the trigger

At the desired stage, open the list of triggers and select Scan QR Code. 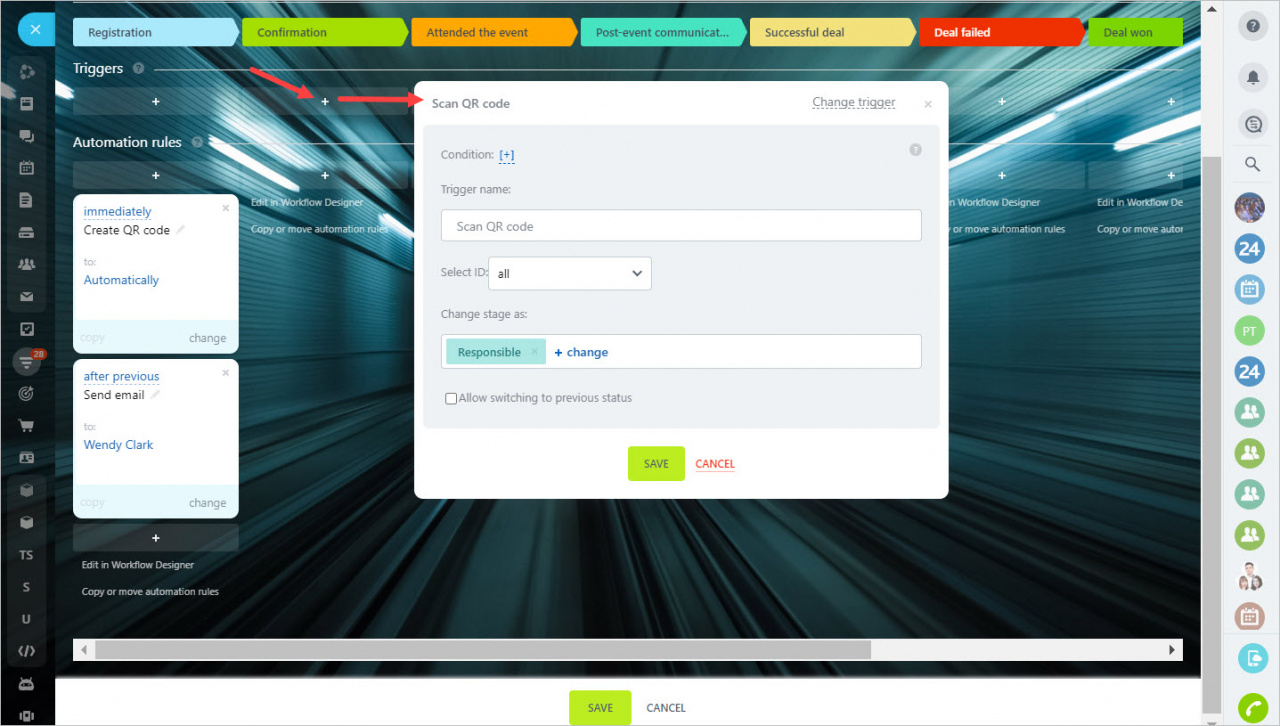 In the trigger settings, you can specify the trigger name from the Create QR Code automation rule settings.

The trigger works only after you or the customer has scanned the QR code and confirmed the visit on the welcome page. 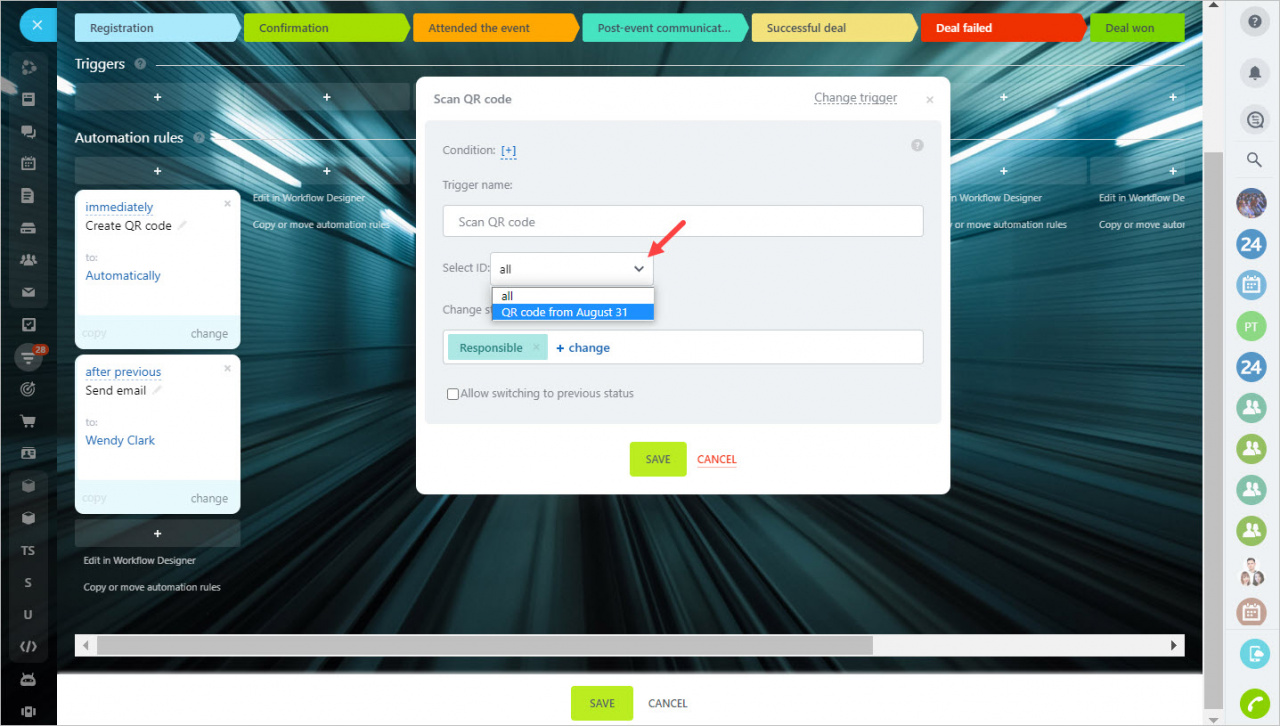