We have divided the automation rules into groups and added a search box so that you can find them faster.

You can choose for which stage to configure automation rules and triggers. This functionality is very convenient because the selection of automation rules is done in one window. You no longer need to open a new setup window for each stage. 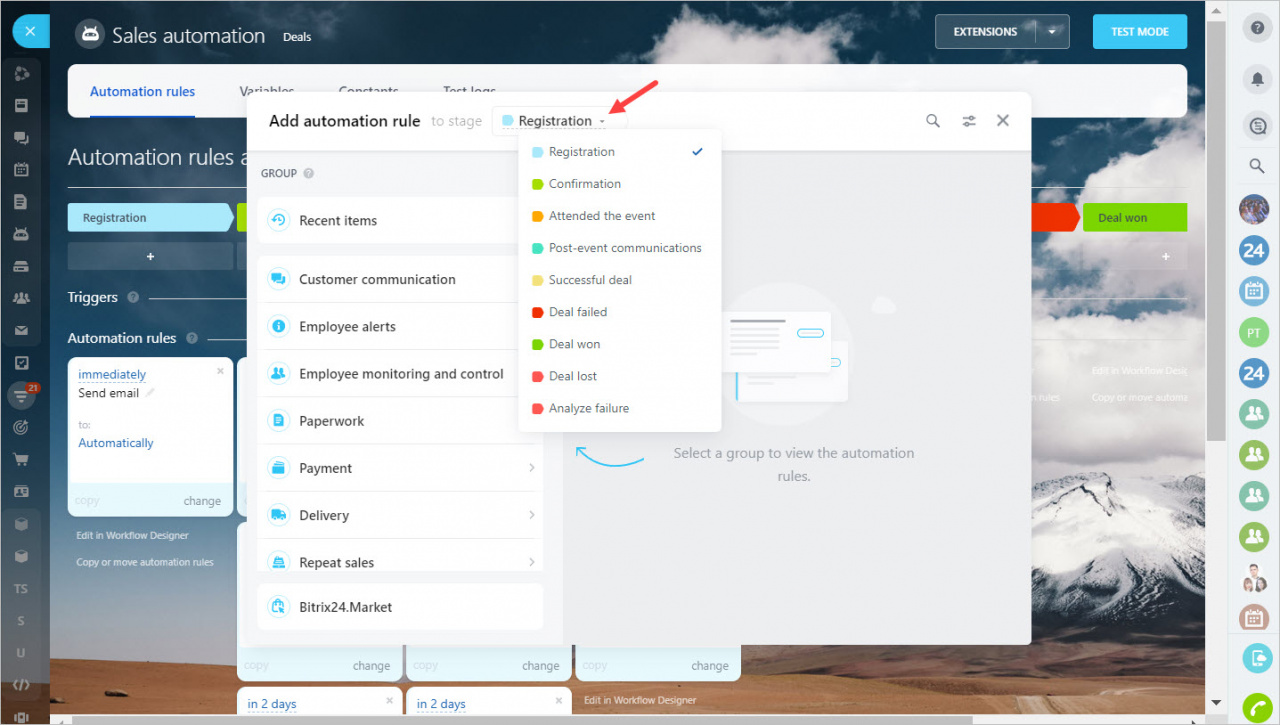 We have divided automation rules and triggers into groups according to their purpose. Each group has a brief description. Also, one automation rule can be in several groups at once. 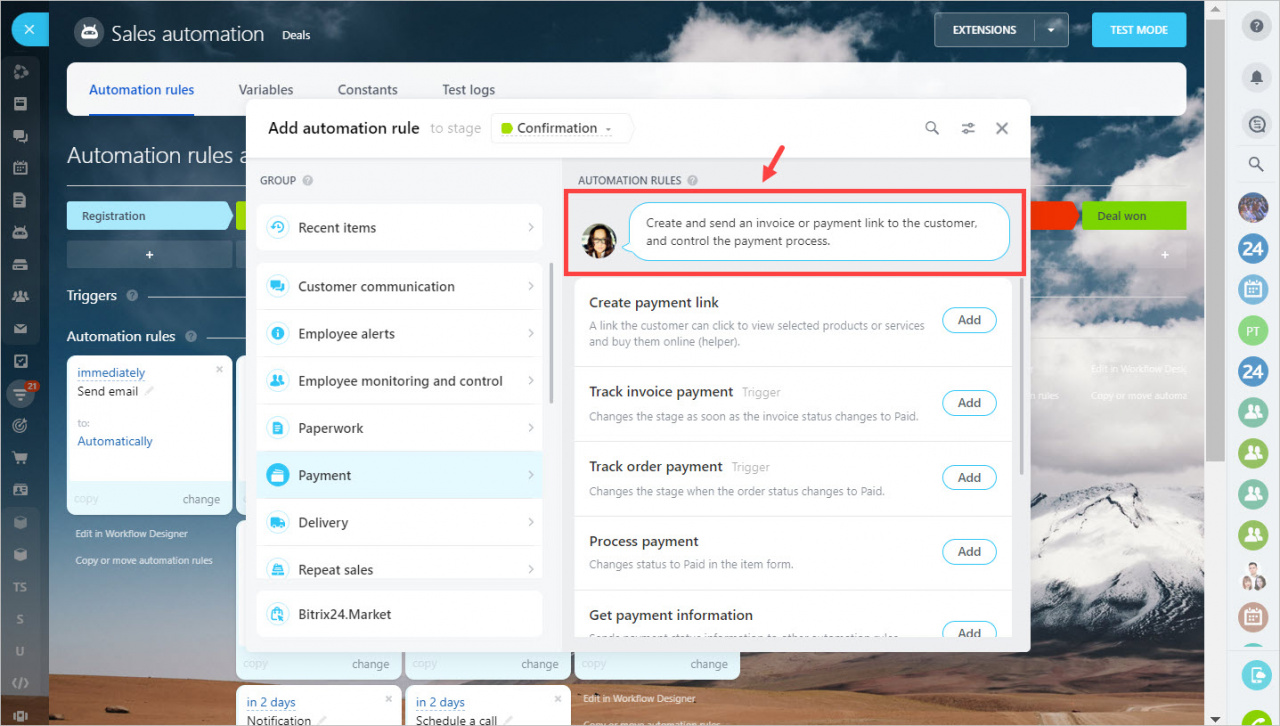 Automation rules and triggers are now in the same list. To make it easier for you to distinguish a trigger from an automation rule, we have added the Trigger label after the action name. By the way, all triggers have the word Track. You can also use a filter and then only automation rules or triggers will be shown. 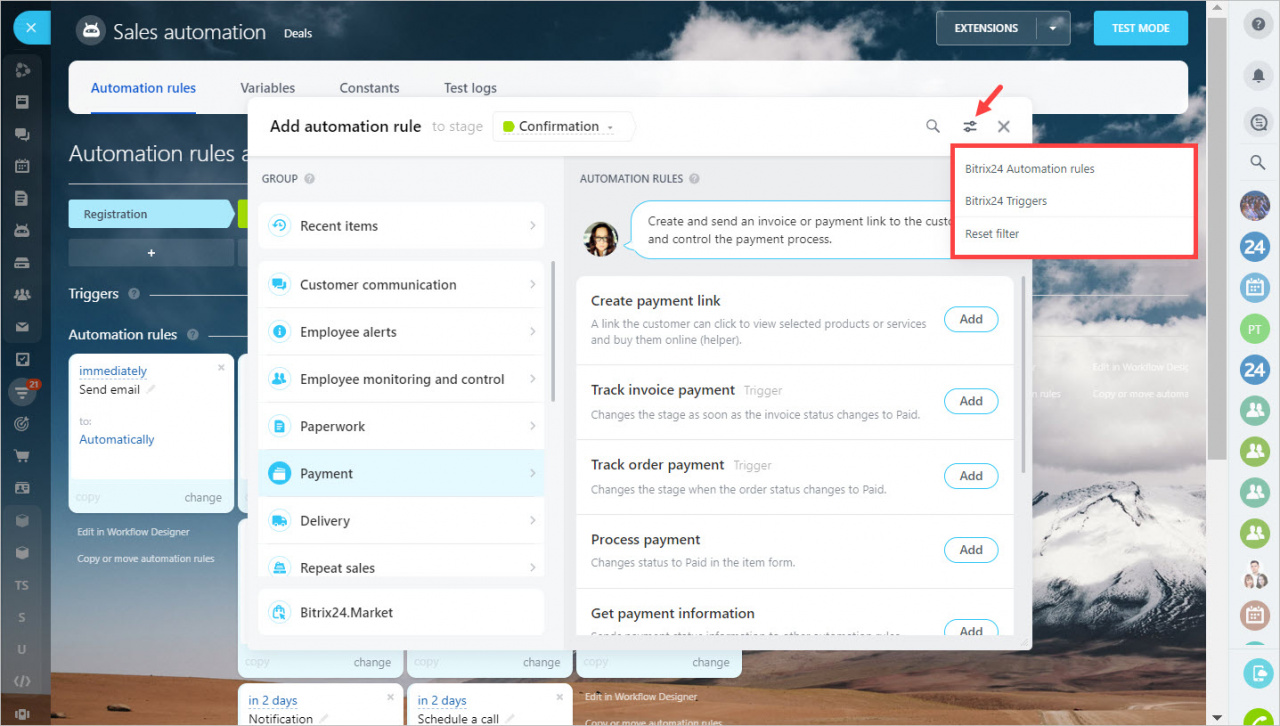 You can also find the desired automation rule through a search bar. 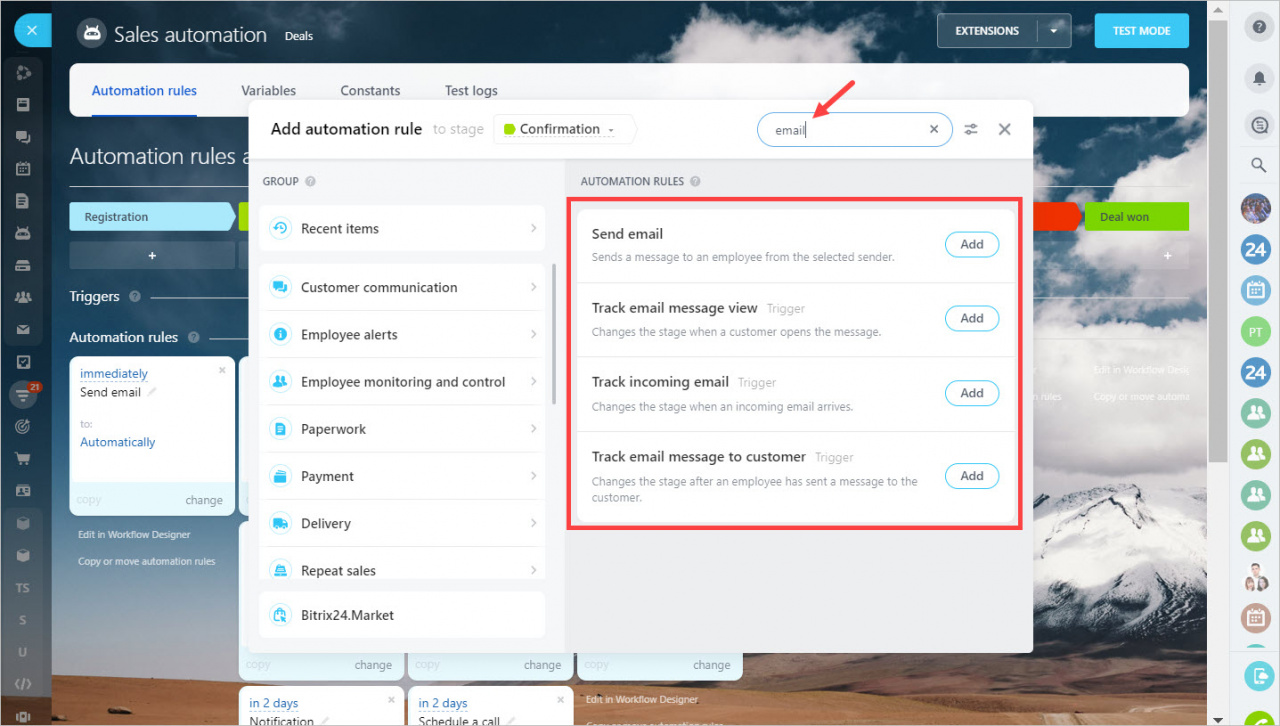 You can also use the shortcut keys: ctrl+click for windows and command+click for mac when selecting an automation rule. 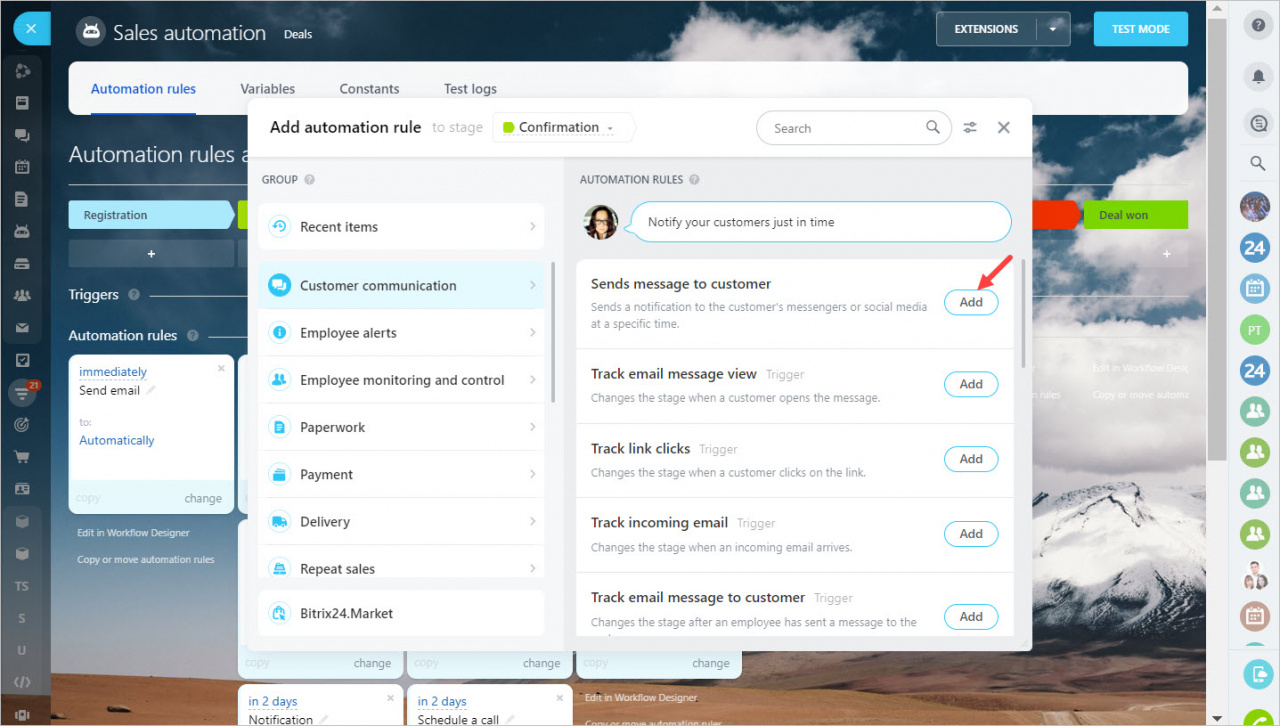 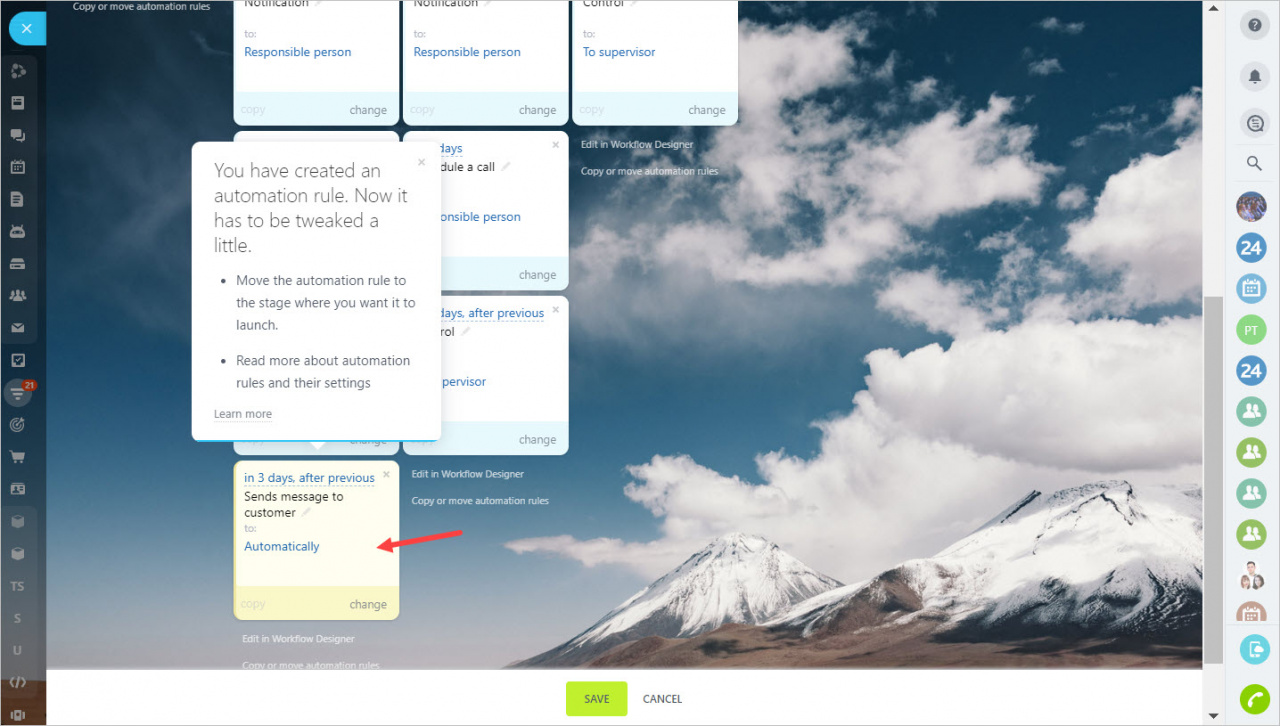 Read more information in the article Conditions in automation rules. 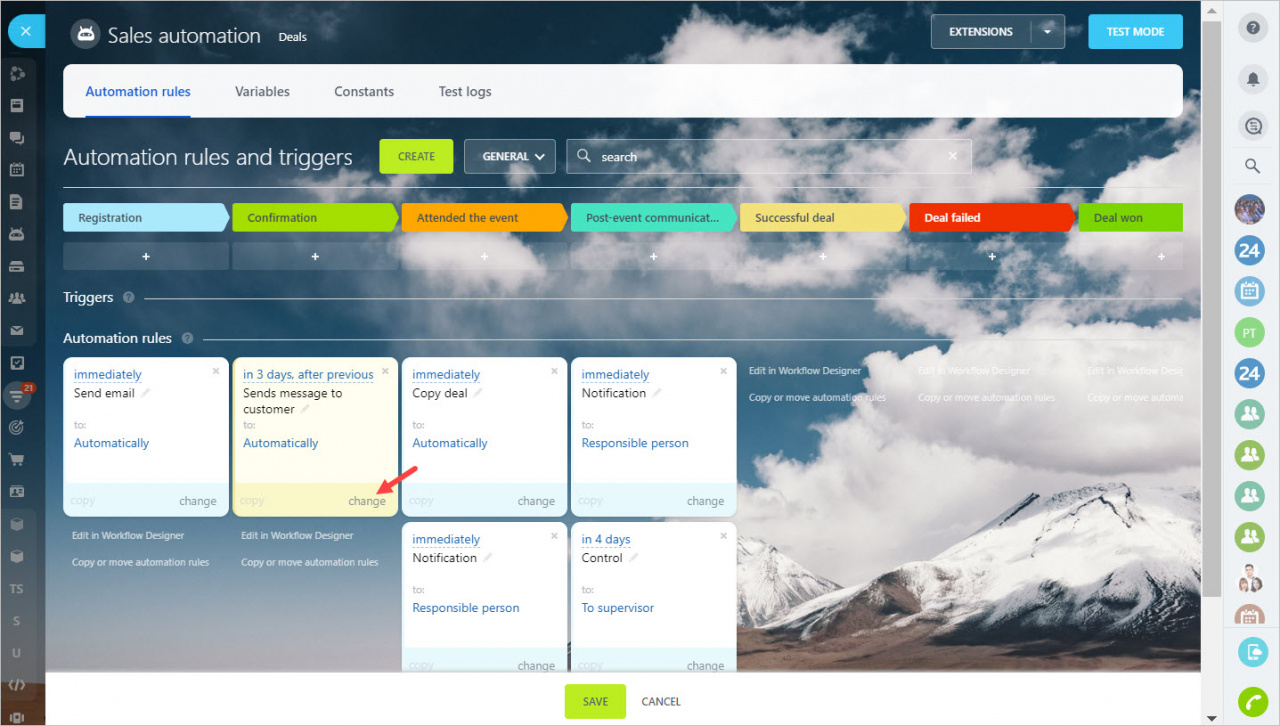