Author: Emily Walker
Bitrix24 updates are installed gradually. If you do not have the option described in the article, just wait a little, it will appear soon.

Triggers are a CRM automation tool. Unlike automation rules, triggers do not perform operations, but they can track actions from customers and some changes in CRM.

For example, you have sent an offer to a client, but you don't know if he/she has reviewed it. You can add the Track email message view trigger. As soon as the customer opens the email, the deal will move to the stage where the trigger is, and you will know for sure that you can call the customer.

You and your employees no longer need to go into each deal form and check whether the customer has paid the invoice. Triggers will see the changes and automatically change the stage of the item.

There are triggers in leads, deals, quotes, invoices and smart processes. Check if this tool is available on your plan. Learn information on the pricing page. 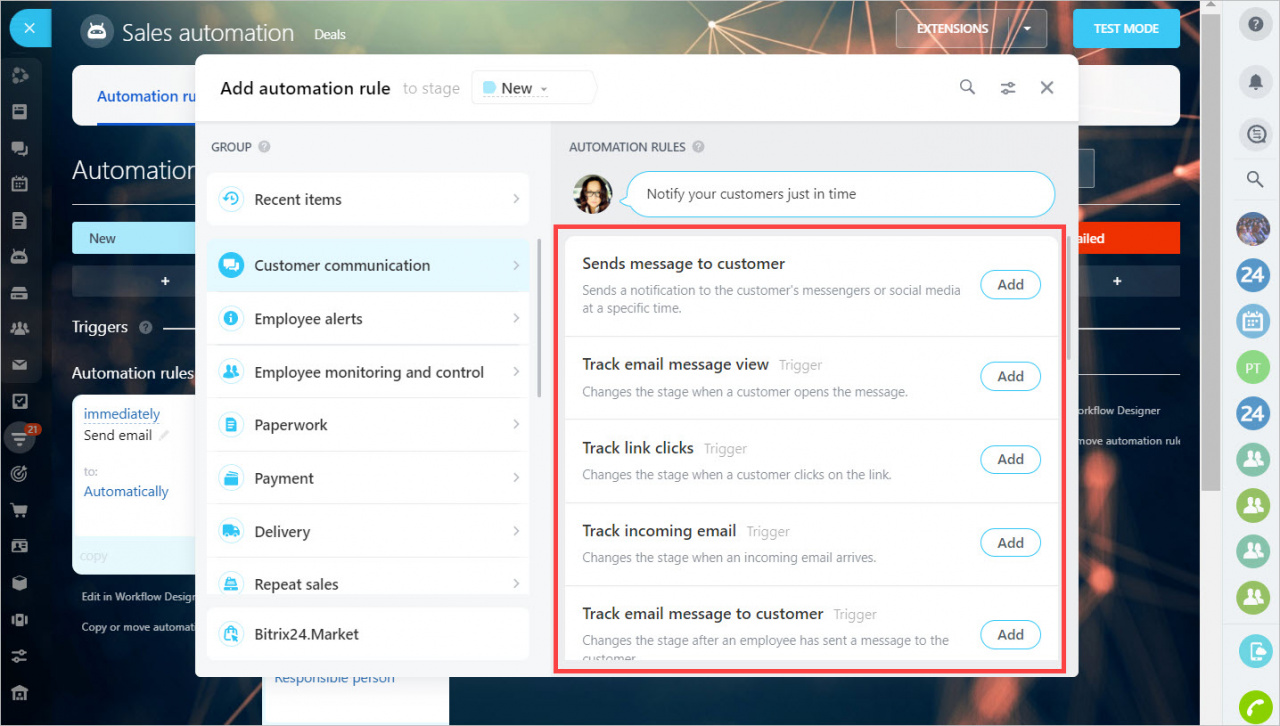 To open the trigger page, click Automation rules button in the CRM section.

Triggers can perform only one action - move the item to the stage where it itself is. The trigger name shows the condition under which it works. 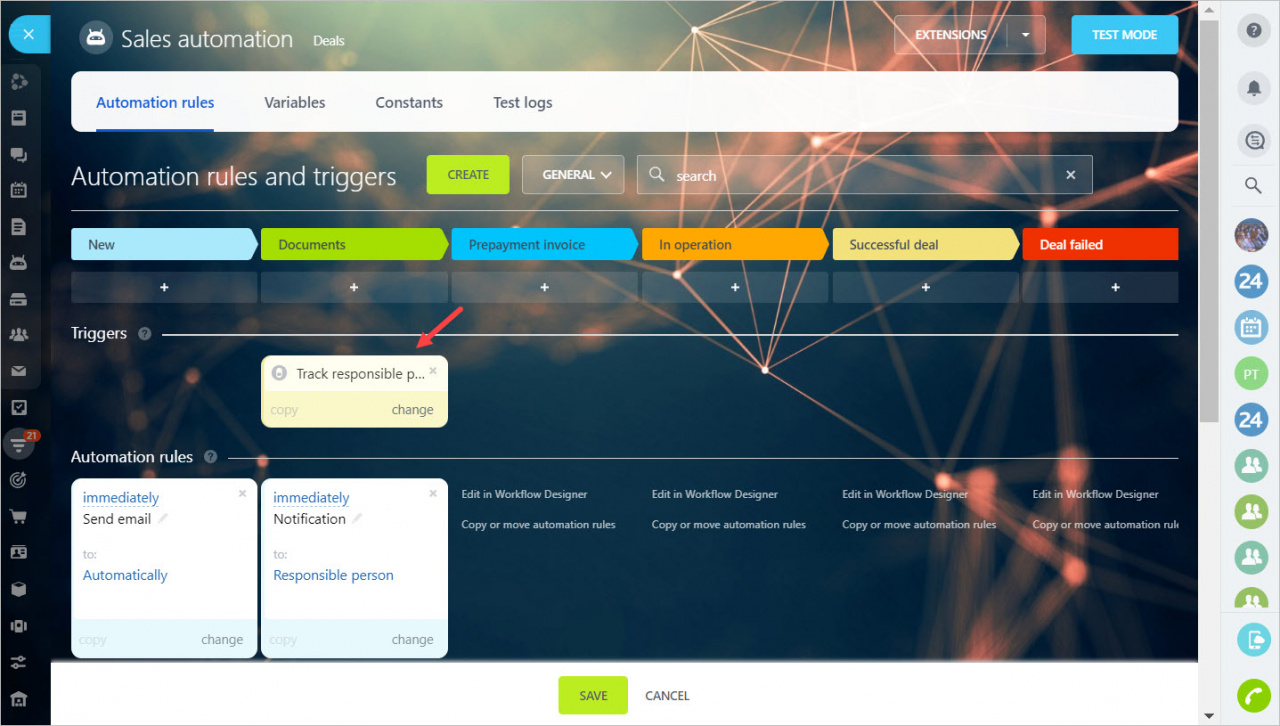 There is the Allow switching to previous status option in all triggers. If you enable it, the trigger can move the entity to the pervious stages, for example, from the second stage to the first one. 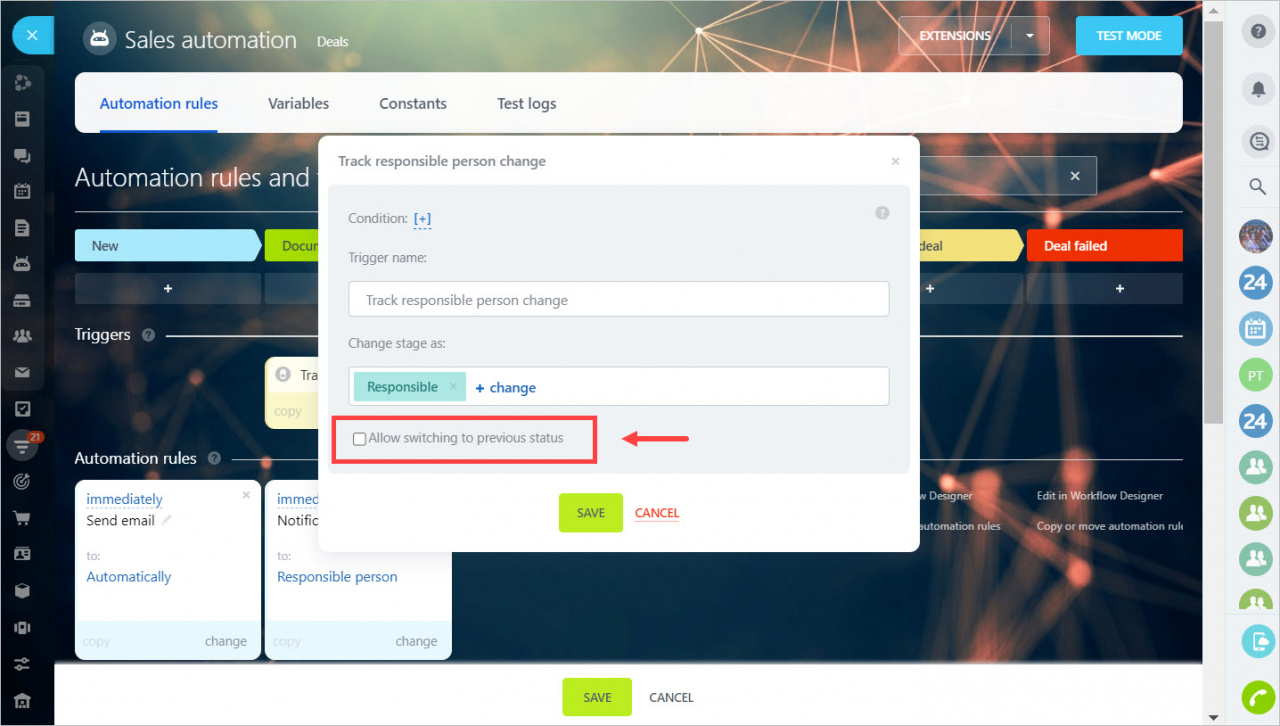