Sales Funnel is an efficient tool that allows you to analyze your sales process and determine in which stage you lose potential clients.

Click CRM > Sales Funnel to view a proportion of all deals in graphic and tabular view. 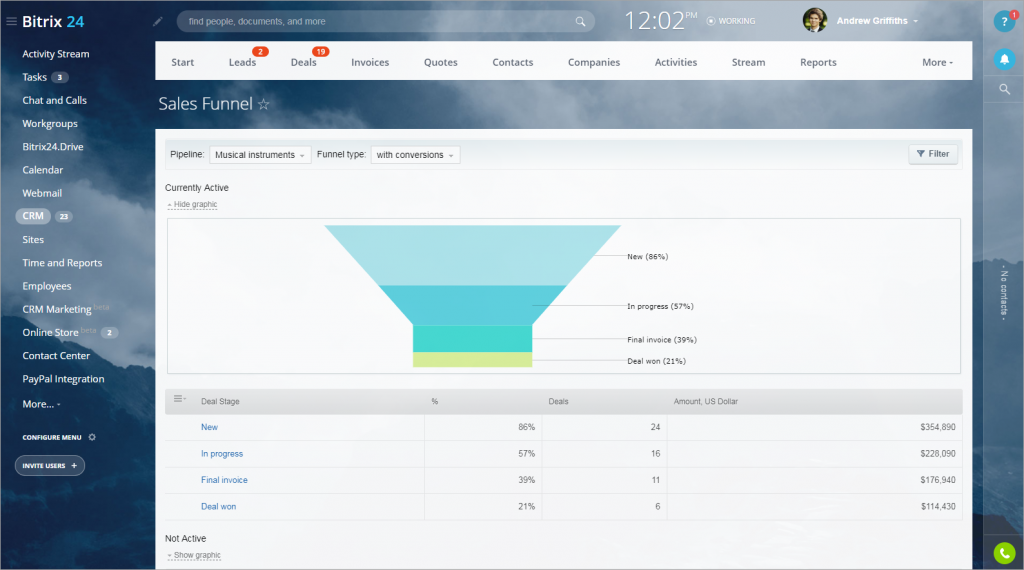 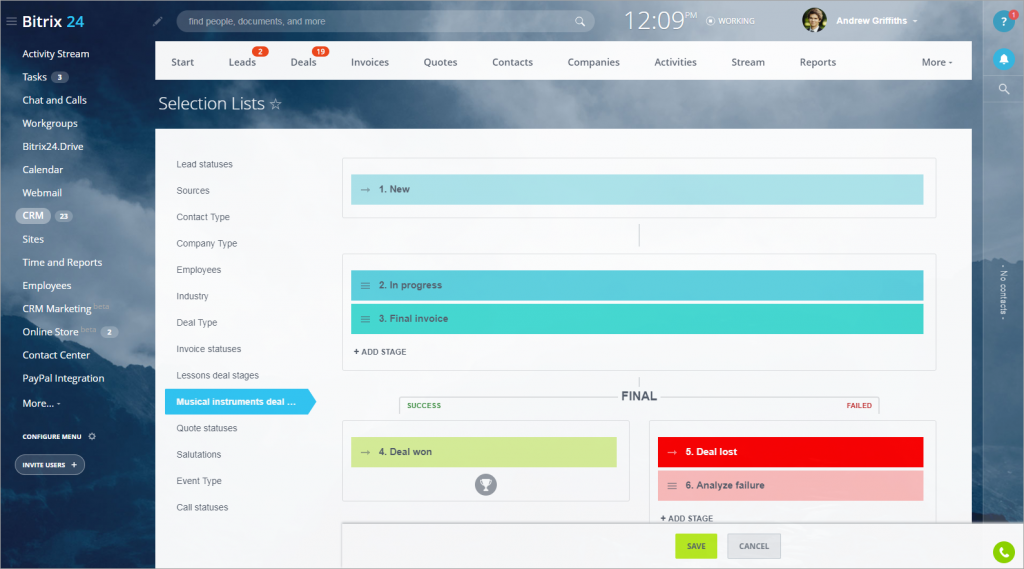 If you have multiple deal pipelines, you can configure deal stages for each individual pipeline. Learn more about deal pipelines in the article - Multiple Pipelines and Sales Funnels in Bitrix24 CRM.

There are two funnel types: Standard and With Conversion.

You can switch between funnel types any time by selecting funnel type in the drop-down menu. 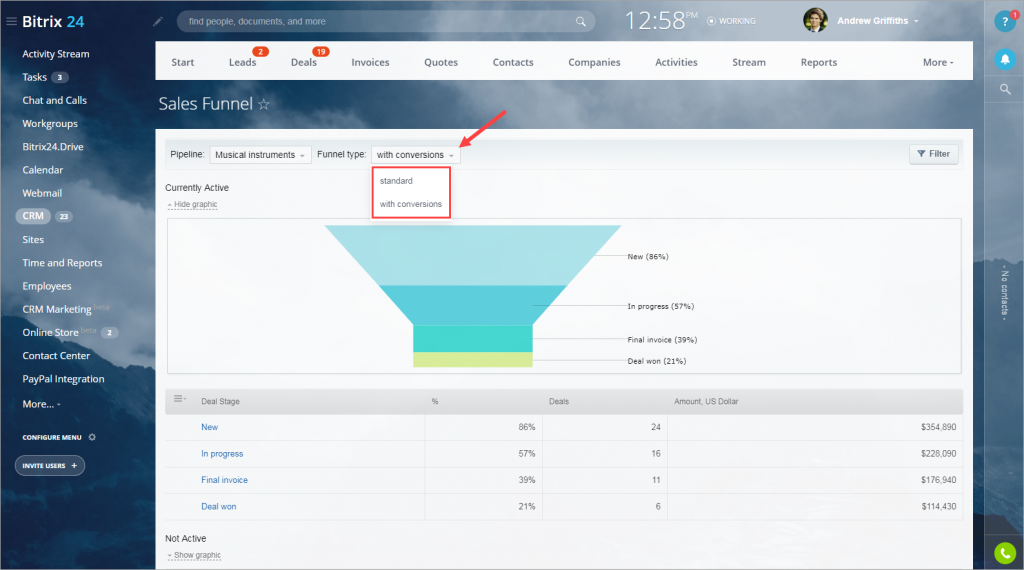 In With Conversions view, each lower deal stage includes all upper deal stages. For example, a deal that is on the Deal won stage is also counted in all intermediate stages and in the initial stage. 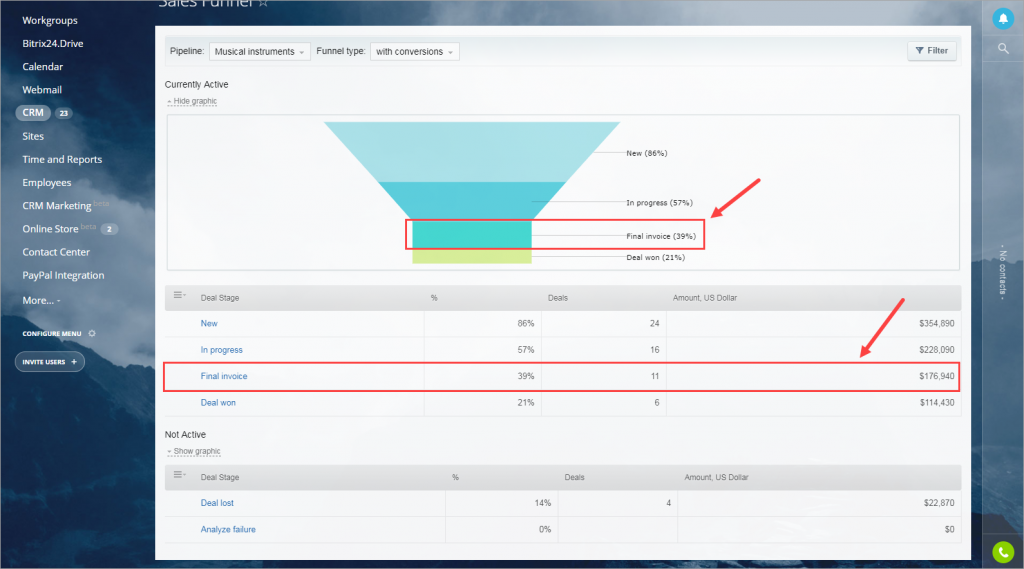 Let's take as an example the sales funnel on the screenshot above. We can see that 39% of active deals have reached the Final invoice stage and passed through New and In Progress stages. 11 is a total number of deals on this stage and $176,940 is a total amount of such deals.